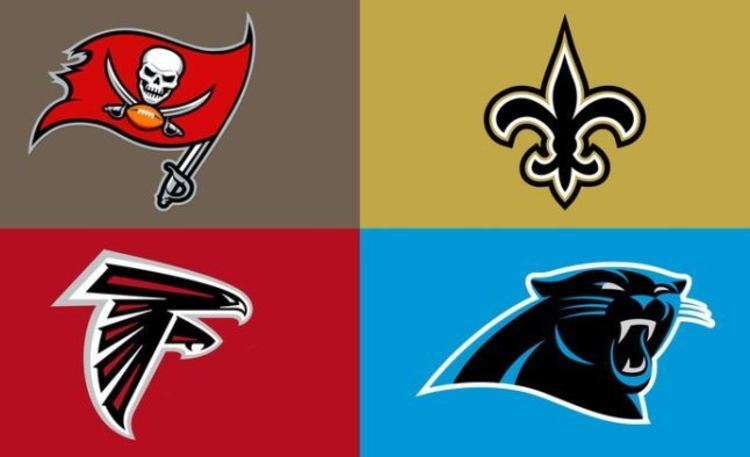 Looking for 2020 NFC South Predictions? No division in football has had more eyes focused on it this offseason than the NFC South with the NFL’s winningest quarterback taking his talents down to Tampa. The question everyone has on their minds now is how quickly can he transform the perennial underperformer Bucs into a contender? Ready to bet on NFL Futures odds namely the NFC South teams’ lines? Click for updated odds on today’s games plus grab your 50% bonus up to $1000 now at MyBookie.ag.

The Saints have won the NFC South three years in a row, and needed freakish plays in back-to-back years to knock them out of the 2017 and 2018 postseasons, while last year’s 13-3 record wasn’t good enough to keep them out of the Wild Card round and another disappointing finish.

This could be Drew Brees’ final season and the front office is preparing for that possibility, adding veterans Emmanuel Sanders and Malcolm Jenkins into the fold for immediate help.

The team was short on draft capital due to past trades, but this is a roster without a lot of needs.

There was a lot of talk about Tom Brady being washed up last season as he played alongside a limited group of skill position players in New England.

We’ll get to really put that notion to the test this season as he works with Bruce Arians to feed the ball to the likes of Mike Evans, Chris Godwin, O.J. Howard, and the returning Rob Gronkowski.

On the other side of the ball, the Buccaneers front office was able to keep Ndamukong Suh, Shaquil Barrett, and Jason Pierre-Paul in the fold to solidify the defensive line for a unit that steadily improved throughout last season.

The Falcons just haven’t been able to find that magic they were a few years ago when Matt Ryan led the team to the brink of a Super Bowl victory before that epic collapse. The team shuffled in and out a bevy of players but the roster will look largely the same.

A lot has changed for the Panthers in just one offseason. Coach Ron Rivera is out and Baylor offensive whiz Matt Rhule comes in. He’s tabbed Teddy Bridgewater as his quarterback, bringing in Russell Okung to protect that investment, and Robby Anderson to help stretch the field.

Defensive mainstay Luke Kuechly is out along with several other familiar faces on that side of the ball, but Rhule and co. drafted nothing but defensive players to rebuild that unit.

Obviously, there’s a lot of faith in the offensive holdovers, with Christian McCaffrey, D.J. Moore, Curtis Samuel, and Ian Thomas providing plenty of skill at their respective positions.

It’s easy to get caught up in the height a marquee free agent or compelling draft class brings with it, but football is a unique sport in that so much of a team’s success is dependent on chemistry and the players’ ability to play alongside one another and within the team system.

Peyton Manning was able to find immediate success in Denver, but Manning’s Broncos didn’t have Drew Brees and the Saints to compete with. We know what the Saints will give us, while the Bucs come with a lot more uncertainty.

Any sort of growing pains from the Bucs will allow the Saints to take control of the division, and with the hype Brady carries with him, New Orleans is a tremendous value at their current price.

What do you think about our 2020 NFC South Predictions? Please leave us a comment below telling us how you think they’ll do in the 2020-2020 NFL Season!