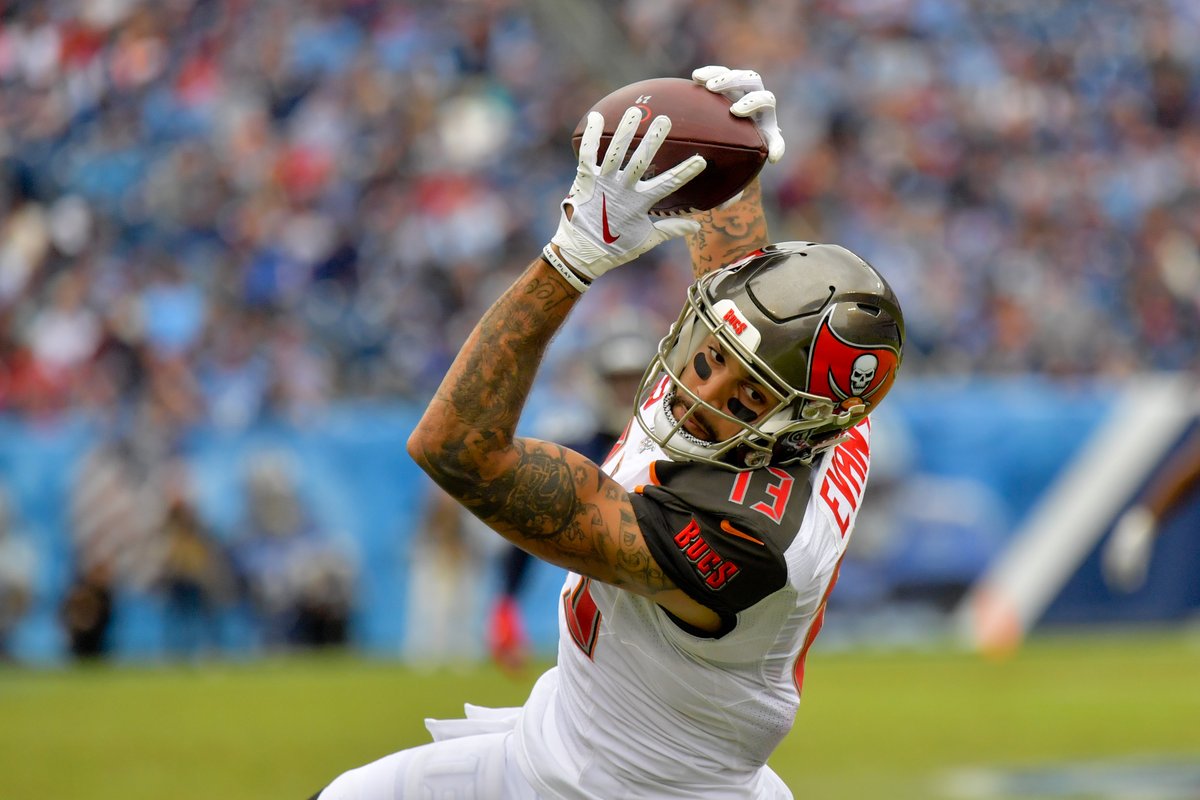 In part 2 I wrote about playing the under on Chris Godwin, who out-gained Evans for the first time in his career in 2019. It would be unusual for me to then play an over on Evans, whose total is just 50 yards less than Godwin’s.

Evans did get over 1150 yards last season, despite missing three games but he did it by putting together a few monster games among others in which he was lost.

He also caught a lot of deep balls from Jameis Winston, who has a much stronger arm than Tom Brady at age 43 (he turns 43 in August).

It’s also hard to imagine both of these super talents going under their totals. Then again, what if Brady gets hurt? What if Brady spreads it out, as he always has, even with the two superstars on the outside? The under feels like the safer play here, too.

And of course, I didn’t mention Rob Gronkowski joining the mix in Tampa either. He has already accumulated four 1000-yard seasons with Brady as his quarterback and links back up with him in Tampa after a year to rest his body and get healthy in “retirement”.

His total will look low to the public, especially when its right there between Christopher Herndon and Noah Fant. Gronk’s name brand will attract over action, which has me thinking the total is artificially high.

But then I think of the talent and all the space Gronk should have to operate over the middle. It’s a pick-your-poison proposition for opposing defenses with the two studs on the outside and Gronk over the middle.

Health is the obvious most important factor here. I want to be optimistic and so I’m on Gronk getting over this with at least 800 yards in his comeback season.

Hill racked up 860 yards in 2019 despite missing four games. He has proven to be a much more consistent and reliable receiver than many (myself included) thought he would be in the NFL, even after his good rookie season and sophomore breakout.

The Chiefs simply find ways to get him the ball. I’m not concerned about his durability, either. He had only missed one game in three years prior to his injury last season and returned just fine.

It’s just a lean because this is a relatively high total but I can’t bet against the Chiefs’ offense easily.

A first round pick in 2019, Fant caught 40 balls for 562 yards as a rookie in an unsteady Denver passing game.

Drew Lock hopes to bring stability to the unit in 2020. He may succeed or he may not but he’s unlikely to be much worse than what Denver’s receivers dealt with last season.

Fant has too much talent to go under. A tight end with speed to break away from safeties, his big-play ability will have him over this total, even if he suffers through his fair share of dud weeks.

It also doesn’t hurt to have Courtland Sutton demanding most of the defense’s attention on the outside. Look for Fant to emerge as the second or third option in 2020.