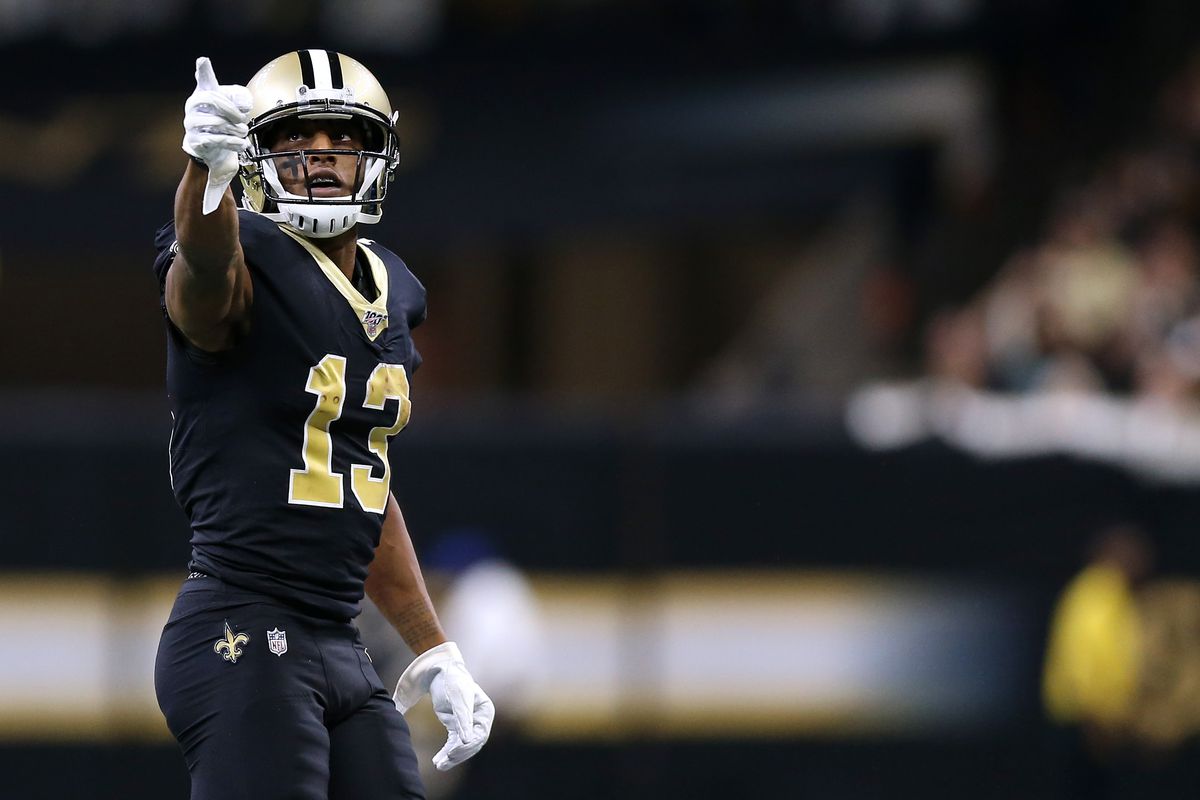 Thomas caught 92 balls for 1137 yards as a rookie in 2016. Those numbers have remarkably found a way to go up in each of his three seasons since.

They could go down quite a bit in 2020 and he would still be able to get over the highest total on the board.

Some worry about Brees’ ability at age 41 but the Saints went out and got Jameis Winston as a backup. I won’t feel good about this bet if Winston has to start more than a couple games but he will serve as a QB who has proven to put up yardage totals, if nothing else.

Coming in last on the list of available wide receivers and tight ends is Philadelphia’s Dallas Goedert.

The Eagles selected him in the second round of the 2018 draft, electing to be proactive in finding a successor to Zach Ertz, rather than wait too long. Well, Ertz (who has a total of 850.5 himself this season) has remained steady as he enters his age-30 season.

But Goedert has proven worthy of targets and has found a way to carve out an increasing role in Philly’s offense alongside Ertz. He caught 33 balls for 334 yards as a rookie and 58 for 607 last season, including some big games down the stretch when Ertz was hobbled.

I’m confident he will not just replicate those numbers but continue to increase production. He should get over this total as a compliment to Ertz with potential to smash it, if he were to take over full tight end responsibilities due to an injury.

Julio Jones has been the premier wide receiver of the decade, having been drafted in 2011 and missing his sixth consecutive season of at least 1400 receiving yards by just six yards last season.

The Falcons drafted Calvin Ridley in 2018 to help Jones on the outside and last season the two became as formidable as any duo in the NFL.

So while the 1800-yard seasons may be over for Jones, one more season of 1300 should not be too much to ask with his longtime quarterback still in place and a threat opponents have to account for on the other side.

The rookie out of Baylor is a sturdy physical presence (6’3”) with 4.39 speed to go along and is slated to start on the outside for the Jets.

However, New York has some veteran receivers in the mix, including newly-acquired Breshad Perriman and Josh Doctson, along with Jamison Crowder in the slot.

And it just takes time for a rookie to develop a rapport with his new quarterback. The Jets’ offense should improve behind a revamped O-line but Mims won’t be aided by the health restrictions set in place for rookie camp.