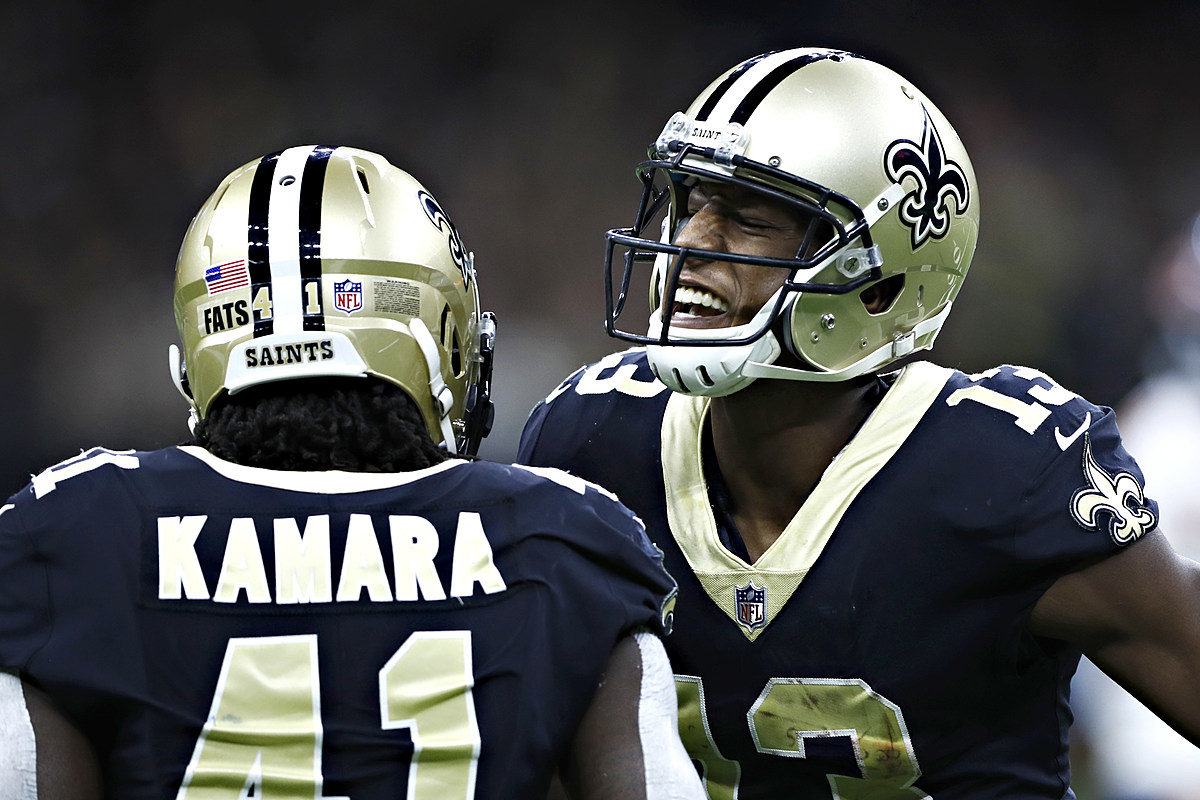 Live on in our recommended Sportsbooks are NFL player props for the upcoming regular season is a list of rushing yard totals for a group of 16 players. Fourteen running backs and two quarterbacks make up the menu of 10 cent betting options: Here then are our handicapping predictions for the 2020 NFL Rushing Yards Totals Player Props.

Kamara was a gargantuan bust in 2019, mainly because he failed to find the end zone on a consistent basis. His yardage numbers weren’t that much different from 2018, however.

Despite missing two games, he rushed for 797 yards on 4.6 yards per carry, which was the lowest of his career. He remained a big part of the passing game and caught 81 balls for the third time in his three-year NFL career but saw a steep drop in yardage and scores.

He’s been right around 800 yards in each of his first three seasons but I have a feeling his carries might decrease in 2020. The Saints seem to like Latavious Murray between the tackles and using Kamara split out and on the less frequent outside runs.

Kamara will be key to the Saints’ success on offense this season but he won’t have to accumulate tons of rushing yards to make it a reality.

The Colts spent a second round draft pick on Jonathan Taylor but Mack remains the lead back, at least according to early depth charts.

I don’t see why he won’t replicate that in 2020. He’s in just his fourth year, relatively durable and playing for an offense that still loves to pound the rock. The rookie competition might only steel Mack, who should fly over a total this is simply too low.

Speaking of Taylor, he comes in just 50 yards shy of the veteran incumbent he will have to compete with for carries in his rookie season.

All rookies will be at a little more of a disadvantage this season because of how the health protocol is limiting rookie camp engagement.

The public seems a little more bullish on Taylor than I am. Rookie transitions for running backs are notoriously tough and Mack is going to make Taylor earn every carry. I’m under on the rookie.

Last on the list is the Bills’ quarterback, who isn’t widely known as a running quarterback but has proven to be more than simply mobile at the NFL level.

The seventh overall selection in 2018 went 10–6 in his first season with 16 starts. He showed improvement as a passer and ran the ball just a tad less effectively, perhaps as a result.

Every NFL team encourages its quarterback to stand in the pocket and check his reads down the field before taking off. The Bills will continue to preach this message to Allen, who should continue to get more comfortable as a pocket passer in his third season.

So I’m going under on the total, not because he lacks the ability to run for the requisite yardage but because he simply won’t take off enough times.