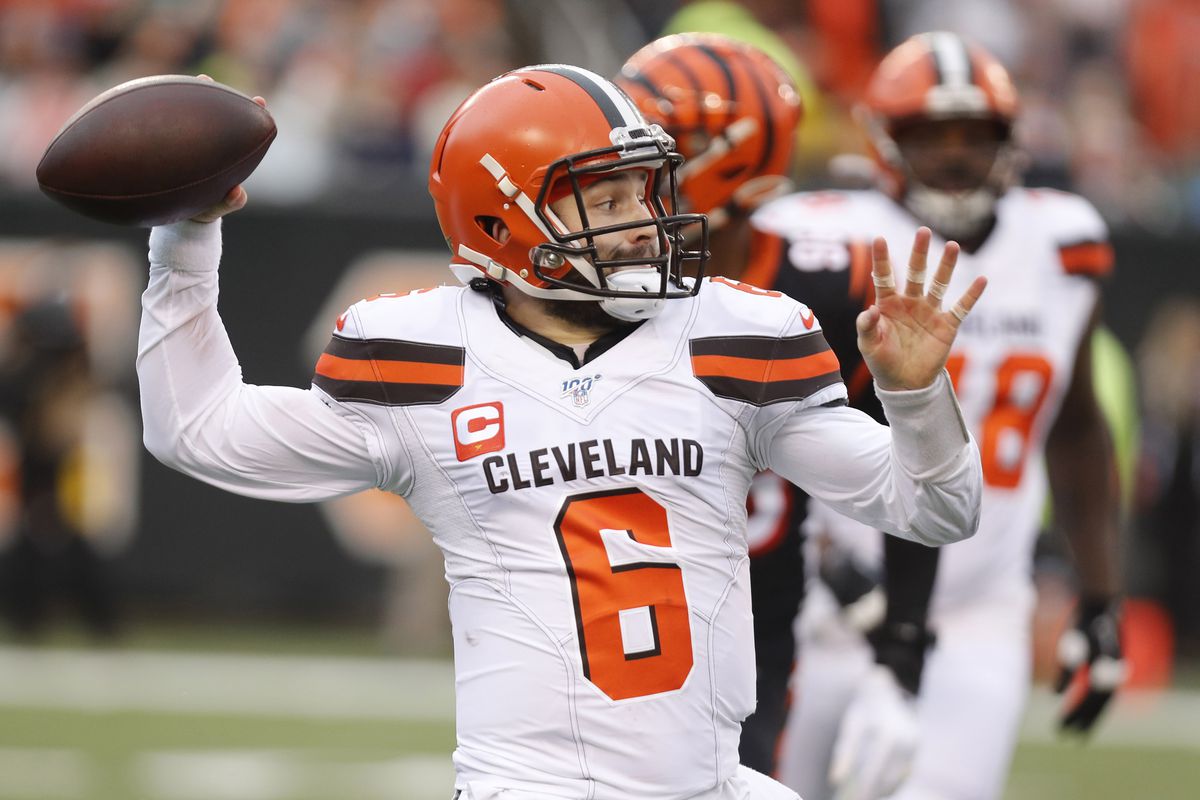 Live on in our recommended Sportsbooks are 22 different quarterbacks’ passing totals for the 2020 regular season.

Despite three extra starts in 2019, Mayfield threw for just 100 more yards and didn’t win any more games than he did as a rookie the year prior.

Odell Beckham did not make Mayfield a more effective quarterback or the Browns a better team. Now he will begin his third season under his third different head coach/offensive coordinator duo.

But as poorly as things went in 2019, Mayfield still got over 3800 yards. I’ll tentatively bet on him to do it again this season.

Cousins has only been in the NFL for eight years, five as a full-time starter. It feels longer than that.

After four seasons of not missing a start and throwing for well over 4000 yards a year, Cousins only threw for 3600 last year and missed one start.

The Vikings won 10 games but it was not all rosy for Cousins, who continued to take heat for mistakes and a lack of dynamic playmaking in the passing game.

Things could get worse in 2020 with the departure of Steffon Diggs, Cousins’ best big-play wideout. I’m under his season total of 3750.

Darnold threw for over 3000 yards in 13 starts last season, despite the early bout with mononucleosis that held him out for those three starts.

Even if his rate of racking up yardage is the same as last season, he will go over his relatively low total in 16 games.

But he has not been able to start all 16 games in two professional years yet and I’m going under on him until then. He’s one I’m betting particularly small, however.

Lock started five games as a rookie in 2019 after Joe Flacco went down for the season. He threw for about 200 yards a game but did go 4–1 with Denver playing good defense and running the ball a lot in his starts.

He has one of the best young wide receivers in football in Courtland Sutton, who just looks ready to explode whenever he gets a QB who can get him the ball reliably.

The Broncos also spent a first round pick on Jerry Jeudy, who is expected to start on the other side. Melvin Gordon will give Lock an experienced pass-catcher out of the backfield.

All signs are a go for Lock being the undisputed starter and the Broncos have done what they can to surround him with some better talent at the skill positions.

But he’s an unproven commodity who isn’t guaranteed to stick, even if he gets the start. I am under the 3450.

Tannehill was superb in 10 regular season starts, in which he threw for over 2700 yards, led the Titans to seven wins and won the NFL’s Comeback Player of the Year.

That pace would have him over 4000 yards in 16 starts, which he did twice as a member of the Miami Dolphins.

AJ Brown and Corey Davis look like a wide receiver duo ready to take another big step in 2020 and with Marcus Mariota out of the picture, the job appears Tannehill’s for the season.

Only an injury will stop him from exceeding a surprisingly low season total so I’m going over.

Allen only threw for 3000 yards, despite making every start for the Bills in 2019. He enjoyed throwing to John Brown but had little else in the name of a steady target.

He should like having Steffon Diggs opposite Brown in 2020. The Bills also brought in some help in the backfield and have a solid enough offensive line to help Allen’s development continue this season.

He may still come up short of 4000 yards but he doesn’t have to be anywhere near to cash this over bet, which is where my money is on the Bills’ quarterback.