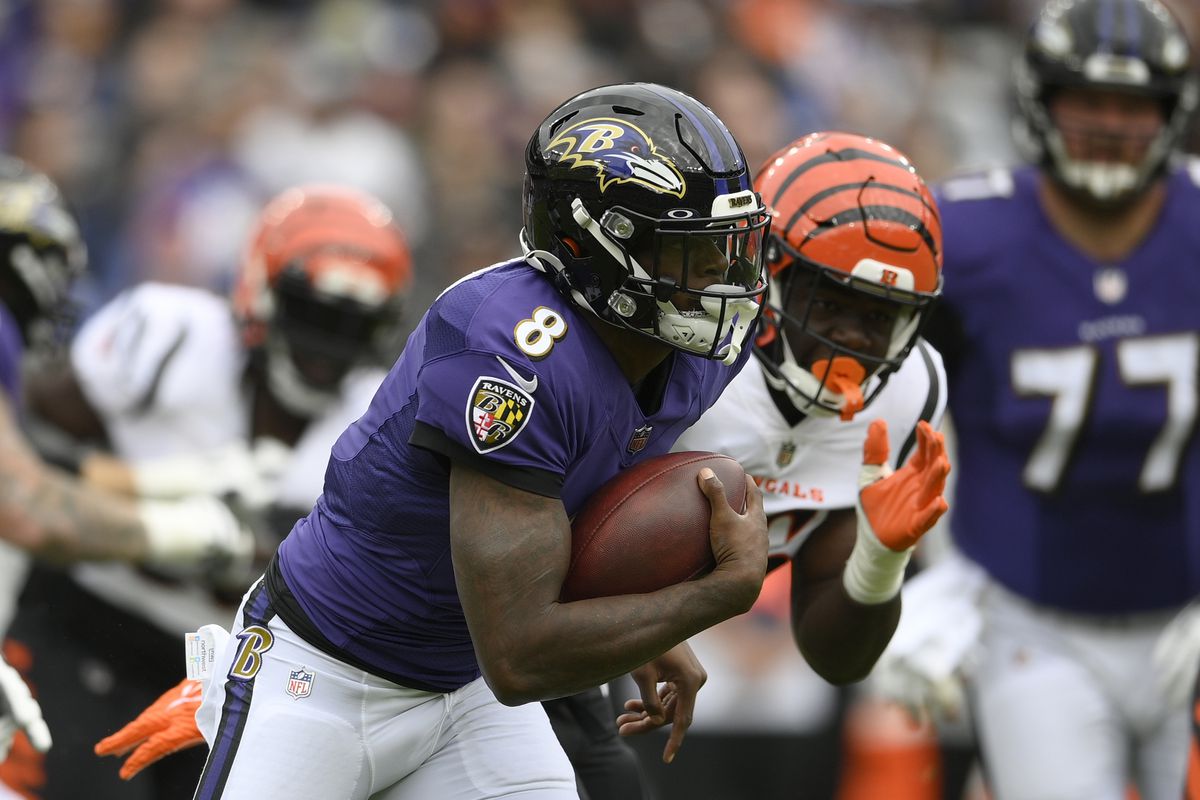 The Vikings played a decent game on Sunday night but should have been able to put away the Cowboys with Cooper Rush as the Dallas QB. It looked like Minnesota was going to run away with the game with an early lead and multiple chances to add to the lead, but they let the Cowboys hang in there and eventually get the win.

Football Outsiders has the Vikings ranked 11th up until this point and the Ravens ranked 8th.

I think we need to look at previous games from the Vikings and see that maybe this team wasn’t as good as we thought they were earlier in the season. Their first game was an OT loss to the Bengals, then they lost by only 1 point to the Cardinals, beat the Seahawks by 13 in the next game, but then it sort of faltered from there.

In their next game, they lost 14-7 to the Browns in Minnesota, then barely came away with a win against the Lions (needed a game winning field goal late in the 4th), and then they let the Panthers come back to bring it to OT. At least they won that game.

This last loss to the Cowboys is disheartening because the setup was absolutely perfect for them. They had a bye week to prepare, the Cowboys were on a roll so there was no looking ahead to a future week, and Dak Prescott was out.

Minnesota actually played well according to DVOA with a +13% rating, but the Cowboys were just a little better at +23%. The difference was actually the Dallas passing offense which is sad considering it was the backup QB for Dallas who outplayed Kirk Cousins

Baltimore seemed to take a week off too soon as they didn’t show up for the Bengals game two weeks ago. It was uncharacteristic of the Ravens, and especially embarrassing because Cincinnati just lost to the Jets (yes, the New York Jets) the following week.

Having the extra week to get healthy and prepare for this Vikings team should be the difference. The Vikings usually play better at home too, so the fact that they had everything going for them last week and lost is a premonition for the rest of the season.

I’m not too high on the Ravens, however. Their record is 5-2 but one was a relatively lucky win against the Chiefs (who we see is very beatable now), one was an NFL record-breaking field goal to win against the Detroit Lions, and one was a late comeback win against the Colts in Baltimore. This team could be 2-5 instead of 5-2.

Even so, the Vikings couldn’t stop Cooper Rush from beating them, so how will they stop Lamar Jackson? I just don’t see it, and it could get ugly on Sunday.

We have one big trend for the Ravens in this one. Favorites off a bye win nearly 60% of the time but are 0-3 so far this year. We expect that to change this week with a win and cover by Baltimore.

If you’re looking for more NFL picks like this Minnesota Vikings vs. Baltimore Ravens matchup we’ll be providing 4* free NFL predictions on the blog all season long, and check out our Experts for guaranteed premium & free NFL Football Picks!