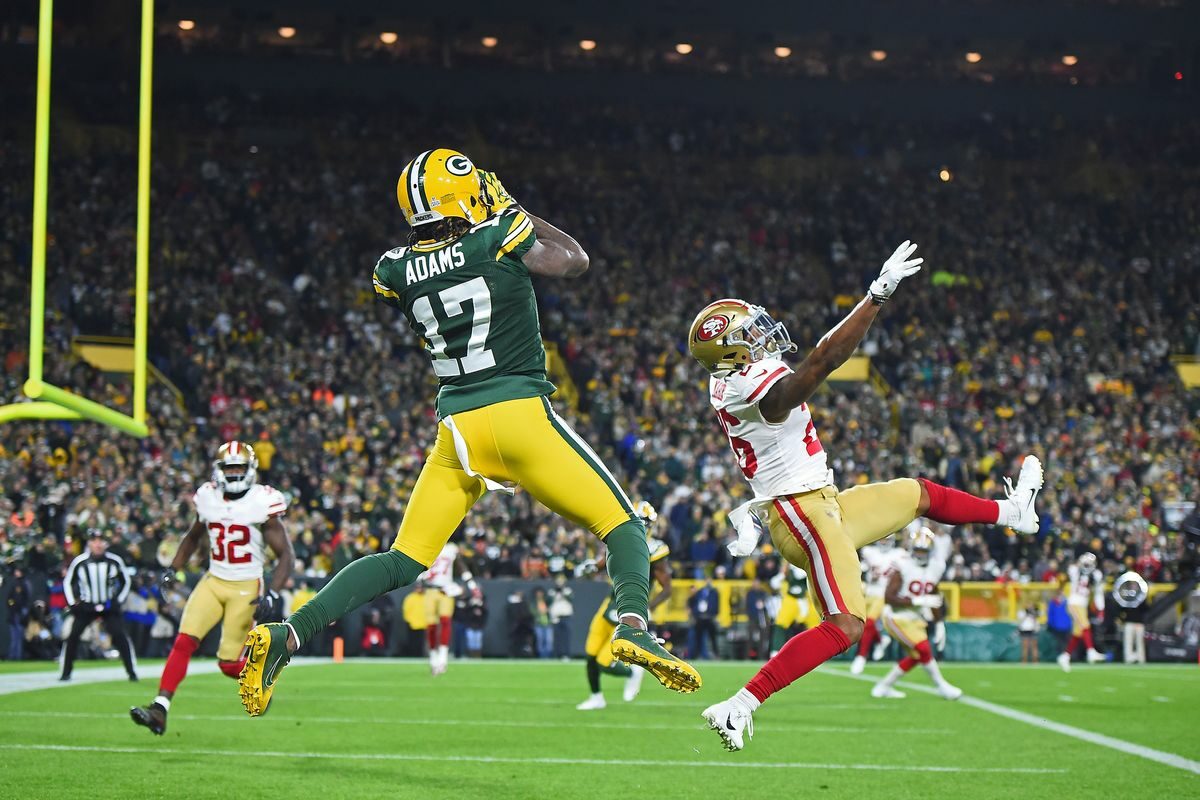 The San Francisco 49ers and the Green Bay Packers will clash on primetime Saturday Night from Lambeau Field. The 49ers will look to run the table as underdogs after upsetting the Cowboys last week on the road. The Packers will finally play again after having the first round off.

These teams met in Week 3 for a primetime battle in San Francisco. The game was wire to wire as San Francisco scored a go-ahead touchdown with 44 seconds remaining but that wound up to be too much time for Aaron Rodgers as the reigning MVP connected with Davante Adams twice to set up a Mason Crosby game winning 51 yard field goal.

This is the first playoff meeting between these teams since the 2019 NFC Championship. San Francisco rolled to a dominating 37-20 victory.

San Francisco beat Dallas in another postseason letdown as the Cowboys are now 3-10 in their last 13 playoff games. The 49ers came out of the gate firing with an effortless opening touchdown drive that jumped San Fran out to a 16-7 halftime lead. It was a nerve-wracking final quarter as the team was outscored 10-0 in the final quarter but a questionable late QB draw by Dak Prescott ended the game in dramatic fashion.

It was another lackluster playoff game for Jimmy Garoppolo who completed just 16/25 passes for 172 yards and an interception. It’s uncertain if he will be unable to lead this team if the run game isn’t able to roll moving forward.

The 49ers had some injuries on the defensive side as defensive end Nick Bosa left with a concussion and linebacker Fred Warner couldn’t finish with an ankle injury. Both are questionable.

The Green Bay Packers will finally get to play again after dropping their regular season finale to the lowly Detroit Lions. The Packers should be well rested in this game after being the lone NFC team to get a bye in the first round.

The Packers should have two of their best players back as pass rusher Za’Darius Smith and top cover man Jaire Alexander both returned to practice last week. Smith hasn’t played since a Week 1 back injury while Alexander hasn’t played in Week 4 with a shoulder injury.

A win would advance Green Bay to their third straight NFC Championship game to play either Los Angeles or Tampa Bay, a potential rematch of last season. Aaron Rodgers is just 1-4 in his career in NFC Championship games and will look to end his losing streak and return to his second Super Bowl in his last season with the Packers.

This is an interesting matchup as the teams contradict each other on the offensive side. San Francisco is a ground heavy team that likes to control tempo and field position. Green Bay operates through potential back to back MVP Aaron Rodgers and his elite playmaking skills.

These teams met earlier in the season which finished in dramatic fashion with a game winning Packers field goal after a last minute go-ahead 49ers touchdown. This game could be on a similar trajectory as San Francisco looked impressive last week with a big road win over Dallas.

The favorites went 5-1 in the wild card weekend but that featured several teams that wouldn’t have made the playoffs if there wasn’t a Week 18. This round is the top quarter of the league and games tend to be much closer.

I’m taking the points in this one as I see the 49ers being able to hang tight.

If you’re looking for more NFL picks like this San Francisco 49ers vs. Green Bay Packers matchup we’ll be providing 4* free NFL predictions on the blog all season long, and check out our Experts for guaranteed premium & free NFL Football Picks!