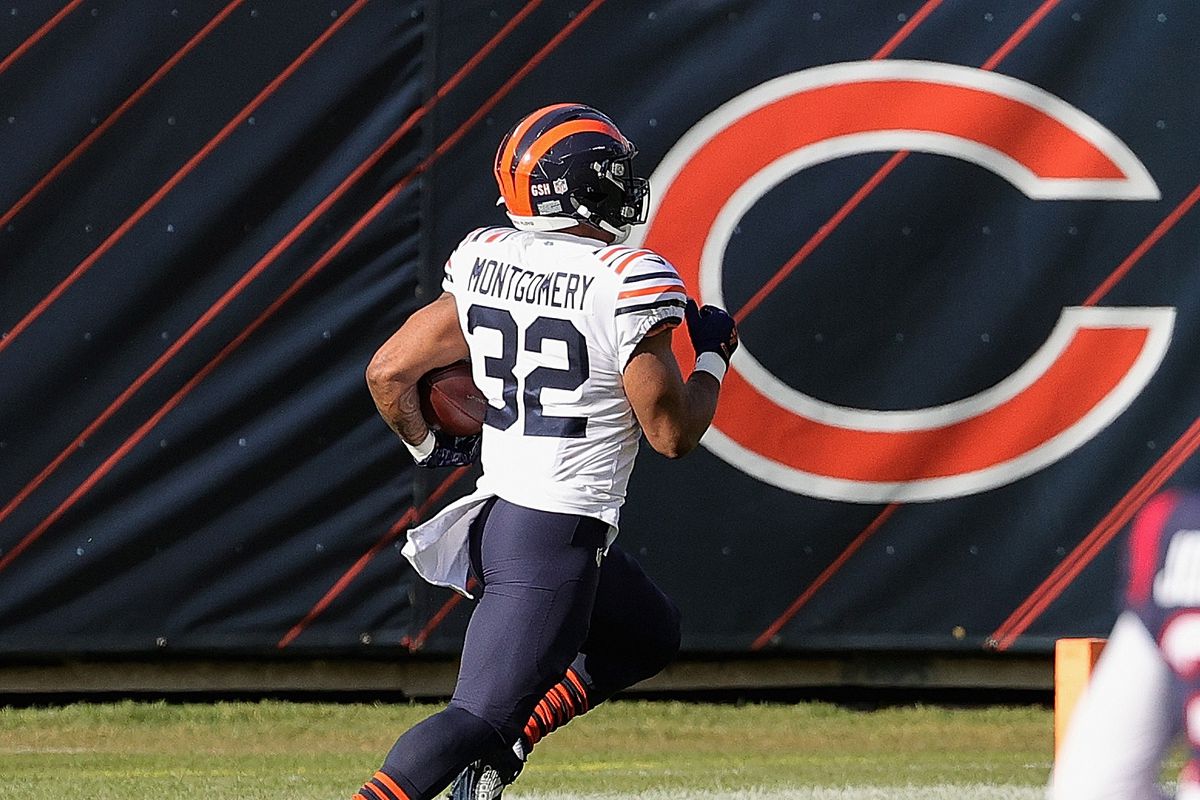 A couple of teams with QB issues meet up on Halloween at Soldier Field. Oddsmakers somehow have the 49ers as road favorites even while making the trip East of the Mississippi for an early game in Chicago. They must have saw something we didn’t in San Francisco’s 30-18 loss to the Colts on Sunday night.

Then again maybe the Bears are just that bad where they have to be set as home underdogs. Chicago was atrocious in Sunday’s 38-3 loss in Tampa Bay, and have now scored a whopping 17 points the last two games. That makes San Francisco averaging 14 ppg the last two like like an offensive powerhouse.

To be fair the conditions weren’t exactly great in the bay area last week in a torrential downpour that lasted most of the game, but Jimmy Garoppolo going 16/27 for 181 yards with 1 TD and 2 INT still has a lot of fans clamoring for rookie Trey Lance (when he’s healthy).

Garoppolo isn’t horrible – more like underwhelming. That being said Lance is questionable with a knee injury and hasn’t thrown for more than 200 yards in the two games he’s seen extensive playing time. Chicago also has one of the better pass rushes in the league so maybe going with the veteran at QB is the route to take here.

These two teams mirror each other in a lot of ways, and Nick Bosa and the 49ers pass rush would love to tee off on Bears rookie QB Justin Fields this week. Can they though after giving up 30 points even in a monsoon to a mediocre Colts offense?

Chicago’s offensive struggles continued in last Sunday’s visit to Tampa Bay, where the Bears gave up 4 more sacks, lost 2 fumbles, and had 3 INTs from Fields. Sure the Bucs have the #9 total yard defense in the NFL – but San Francisco is 6th.

The struggles continue for Fields who just a couple weeks ago said the speed of the NFL game was “kind of slow to him.” The rookie out of Ohio State is completing 57.3% of his passes on the season with 6 INT to just 2 TD.

One bright spot in the blowout loss to the Bucs was that Chicago was able to manage 143 yards on the ground against the league’s #1 rush defense. Rookie Khalil Herbert had his first 100 yard rushing game in the NFL, and has gone for 75+ in all three games since taking over for the injured David Montgomery.

The Bears did give up 4 TD passes to Tom Brady last week but did a decent job in holding him to 20/36 for 211 yards. After facing Brady and Aaron Rodgers the last two games Chicago will be happy to see Garoppolo and/or Lance.

This game has the lowest betting total of the week 8 slate but how do you even think about taking the ‘over’ in this matchup. It’s two solid defenses with sub-par QB play. This feels like a game where the first on to 14 gets the win.

If you can find a prop bet on total punts in this game hammer the ‘over.’

If you’re looking for more NFL picks like this San Francisco 49ers vs. Chicago Bears matchup we’ll be providing 4* free NFL predictions on the blog all season long, and check out our Experts for guaranteed premium & free NFL Football picks!