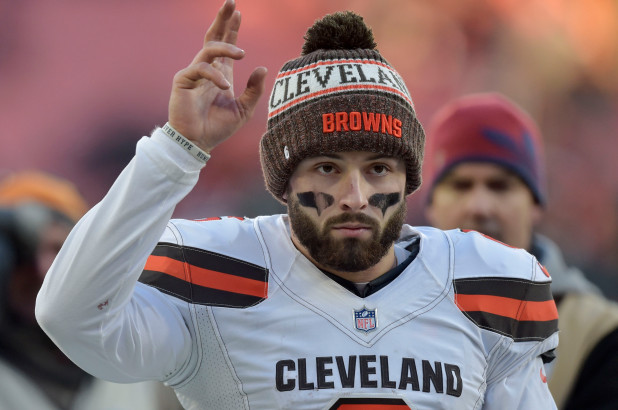 We have reached week 11 of the NFL season and it kicks off on Thursday night with an AFC North showdown.

The Pittsburgh Steelers make the trip to FirstEnergy Stadium to take on the Cleveland Browns. This is the first meeting this year between the two teams and both teams need to treat this like a must-win.

After Big Ben went down with a season-ending injury all the hope around the Pittsburgh Steelers seemed to go out the door, but this is a team that has crawled back into the playoff race, and now they sit with a 5-4 record.

Coming into this game they have won four straight games, including a win in their last game over the Los Angeles Rams. The offense didn’t have their best game, but they did enough, especially late to make life tough on Jared Goff and that led to a five point victory.

On the offensive side the Steelers have dealt with a ton of injuries, including running back James Conner who has missed the last two games with an AC Joint Injury. He is officially questionable for this game, but if he could go in this game that would be a big boost for the offense.

At quarterback, the Steelers are led by Mason Rudolph who has thrown for 1,330 yards, 11 touchdowns, and four interceptions.

In this game it’s going to be about the defense making life tough on Baker Mayfield and the Browns offense. If the defense can play like they did against the Rams, they will win this game.

Coming into the season the expectations were high for the Cleveland Browns, but they have not lived up to them and if they want to make the playoffs they need to go on a little run.

In their last game the Browns took on the Buffalo Bills and although they didn’t play great, they did enough to come away with their third win of the season.
Check out the free College football picks from Cappers Picks experts today!

On offense the Browns are led by Baker Mayfield who has not been good this season and even in games they have won, he usually hasn’t played that well. On the season the Mayfield has thrown for 2,201 yards, nine touchdowns, and 12 interceptions.

Against the Browns, Mayfield did play alright, throwing for 238 yards, two touchdowns, and zero interceptions. Over his last two games he hasn’t thrown any interceptions and it’s going to be key going forward that he doesn’t turn the ball over.

These are two teams who have been inconsistent at times this year, but the better team right now is the visiting team.

The Steelers defense is going to step up and that will be the difference. I will take the points to be safe, but the Steelers will win this game outright.

If you’re looking for more NFL picks like this Pittsburgh Steelers vs. Cleveland Browns matchup we’ll be providing 4* free NFL predictions on the blog all season long, and check out our Experts for guaranteed premium & free NFL Football picks!