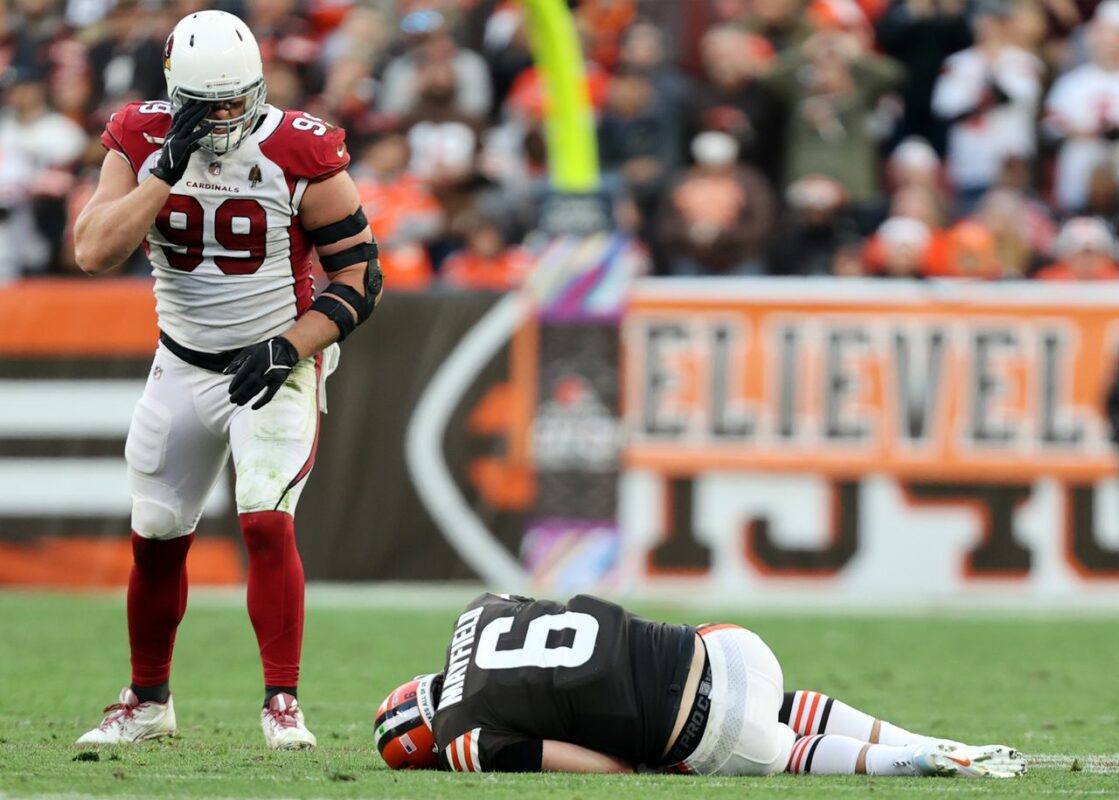 The Pittsburgh Steelers will be in Cleveland to take on the Browns for Week 8 of the NFL Season. The Kickoff is set for 1:00 PM ET.

This matchup opened with the Browns as -3 point favorites. So far, the betting action has moved the line further towards Cleveland at -4. Bettors have also pushed the over-under total down from 45 to 42.5.

The Pittsburgh Steelers enter this week’s matchup with an overall record of 3-3. So far, the Steelers have played the 4th toughest schedule in the NFL, with an average scoring margin of -2.5.

Last week Pittsburgh was on a bye, this may have come at the wrong time as they had previously won two straight games. Their last matchup came in a 23-20 win over the Seattle Seahawks. In the game, the Steelers put up 226 yards through the air and 119 on the ground. Defensively, Pittsburgh gave up 309 total yards.

Offensively, Pittsburgh throws the ball on 65.34% of their plays, leading to 242.7 yards per game. 15th in the league. Despite opting to move the ball through the air, the Steelers average just 6.2 yards per pass.

On the ground, the Steelers are rushing for 81.2 yards per contest.

So far the Steelers have lost the turnover battle, with a turnover differential of -0.3 on the season. The Pittsburgh pass rush is averaging 2.5 sacks per game.

The Cleveland Browns come into this home contest with an overall record of 4-3. So far Cleveland has played the 19th toughest schedule in the NFL, with an average margin of victory of just one point.

Last week the Cleveland Browns took down the Denver Broncos 17-14. Even though the Browns had a game in week seven because they played in the Thursday night contest they picked up a few extra days of rest.

In the low-scoring affair, the Browns put up 194 yards through the air and 182 on the ground. Defensively, Cleveland gave up 223 total yards. On the season, Cleveland is ranked 12th in points scored, averaging 24.7 points per game.

As the home team, the Browns are scoring 28.3 points per contest. The team’s defense is ranked 18th in the NFL, allowing 23.6 points per game.

On offense, Cleveland maintains a balanced style of play throwing the ball 50.11% of the time. This has led to 223.0 yards per game. 27th best in the league.

On the ground, the Browns have rushed for 170.4 yards per contest, most in the league. Their 49% rush rate is good for second in the NFL.

In a classic AFC North matchup, both teams need a win to stay alive in the division. Cleveland comes into this game clearly wanting to run the ball. Even if Baker Mayfield is able to play, the Steelers defense will see a heavy dose of run plays.

With their bye week, I expect the Steelers to have a game plan in place to limit Brown’s effectiveness on the ground. The extra rest should also have benefited Ben Roethlisberger who has yet to find his stride this season.

For this game, I will be grabbing the Steelers at +4, as this contest should be tightly contested. +4 provides significant value as this could easily come down to a field goal late.

If you’re looking for more NFL picks like this Pittsburgh Steelers vs. Cleveland Browns matchup we’ll be providing 4* free NFL predictions on the blog all season long, and check out our Experts for guaranteed premium & free NFL Football Picks!