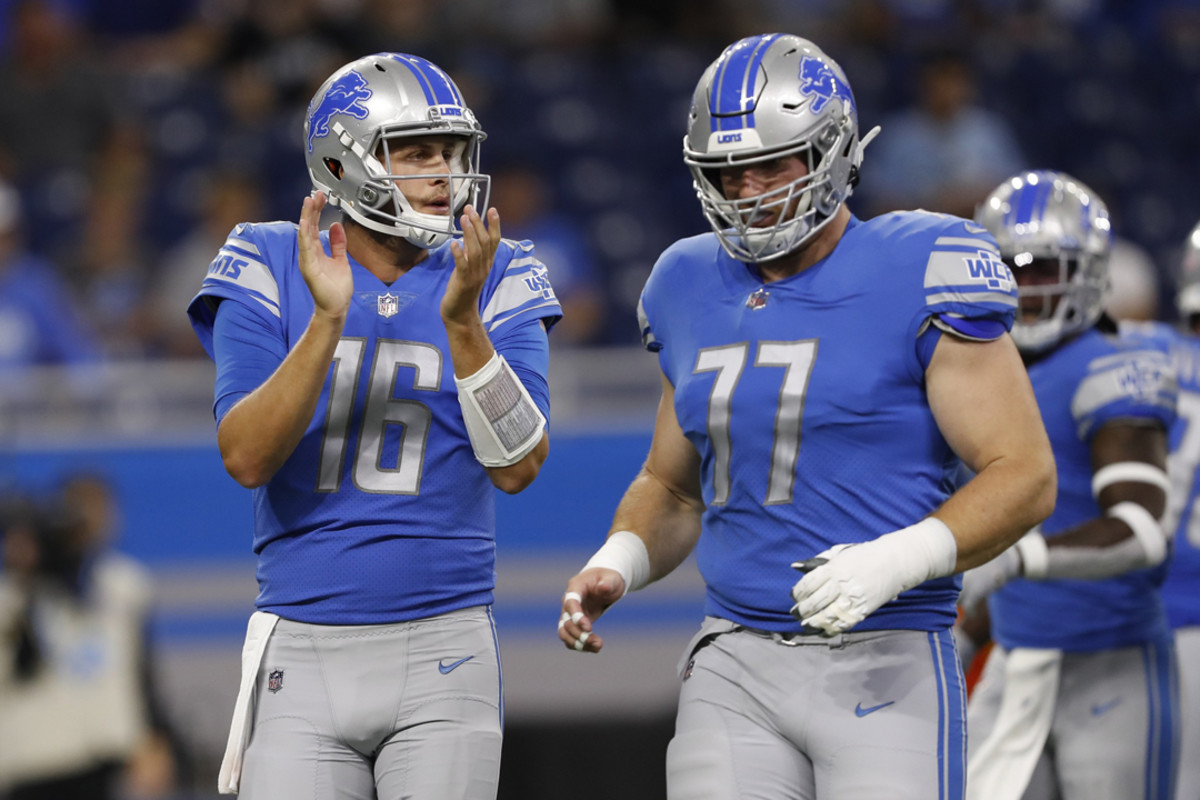 The Eagles have been getting lots of love from the sportsbooks and bettors, but haven’t done much besides get some backdoor covers. Last week they got off to a quick 7-0 start but then got stomped the rest of the game.

Detroit had a similar game. They got off to a 10-0 lead against the Rams as a 17 point underdog but blew the game with an interception in the endzone late. That was their chance for Goff to prove his old team wrong.

Football Outsiders has the Eagles ranked 21st through six games and the Lions ranked 27th.

Philadelphia has so much potential, but they never seem to be able to do anything with it. Their defense was supposed to be decent this year, but it seems their passing offense is the only thing that works.

The Eagles defense couldn’t stop the Raiders even with some important injuries on the Las Vegas side of the ball. They never seem to be able to keep a lead and play better from behind when they need to take more risks.

Philly did have some positives against good teams like the Bucs and Chiefs despite losing those games. They came back from down pretty big and beat the Panthers a couple weeks ago, so they might be able to handle this Detroit team.

What a gross way to lose for the Lions last week. Goff was playing a good game and the rest of the team stepped up for him, only to lose with an interception in the endzone late in the game.

I think we might see a letdown with the Lions here against the Eagles. Philadelphia isn’t a good team and Detroit just lost in a heartbreaker in a very meaningful game for them.

The Lions have had a negative DVOA in every game except one against Minnesota. The Eagles had positive DVOA values against the Falcons, Panthers, and even the Buccaneers in their 6 point loss.

The Eagles need some wins and this is the spot to get one in their easiest opponent in a while. Their last opponents were the Raiders, Bucs, Panthers, Chiefs, Cowboys, and 49ers.

We have some trends for the Eagles here. Betting teams after a blowout is profitable and hits above 60% of the time. Bad road teams also cover at a high rate.

We don’t love this Eagles team, but we like them in their easiest matchup since Week 1. They might finally be able to show us that they can play against a Detroit team that is (hopefully) not fully focused on this week.

If you’re looking for more NFL picks like this Philadelphia Eagles vs. Detroit Lions matchup we’ll be providing 4* free NFL predictions on the blog all season long, and check out our Experts for guaranteed premium & free NFL Football Picks!