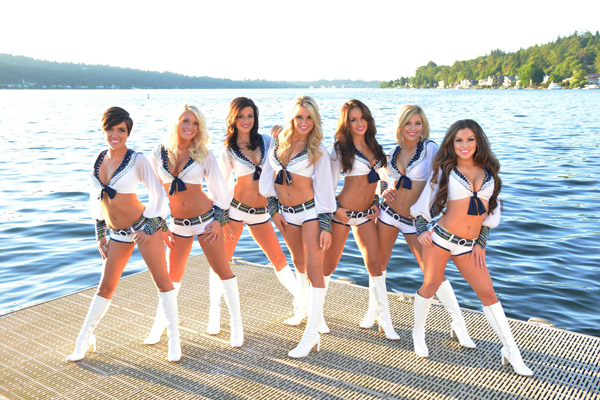 We are almost there. Just one more game and then we’ll finally be playing football games that actually matter.

Week 4 isn’t the most exciting week of football, but it does give an indication of how deep a team is.

At quarterback Mike Glennon and Stephen Peterman should get plenty of playing time. And, actually, Peterman had a good game against the Green Bay Packers.

Peterman has a shot to make this team and be the backup to Derek Carr. The Raiders have been competing hard and they’ll look to finish undefeated in the preseason.

They may as well rack up all the wins they can because once September rolls around there won’t be many more wins to look forward to during the rest of the year.

Paxton Lynch has played pretty well and he’ll be a solid enough backup for the Seahawks, it looks like. The Seahawks and Pete Carroll will get after it, as well.

It’s only preseason, but Pete Carroll teams always compete. Plus, the Seahawks are at home. They’ll get after it. The concern is the offensive line because the backups haven’t really shown up.

The O-lIne has been the weak spot for the Seahawks over the last few years, but this year it should be different so long as they stay healthy. They aren’t great, but they aren’t bad either. But, they have to stay healthy, that’s the key.

Alright, it should be, well, it’s still a preseason game, but I’m sure it’ll be competitive enough and Seattle is always a fun atmosphere to take in a game. I’m looking for a close, low scoring game.

The Seahawks defense has been solid all-around and maybe the real Peterman shows up and has a bad game. We’ll see.

If you’re looking for more NFL preseason picks like this Oakland Raiders vs. Seattle Seahawks matchup we’ll be providing 4* free NFL predictions on the blog all season long, and check out our Experts for guaranteed premium & free NFL Football picks!