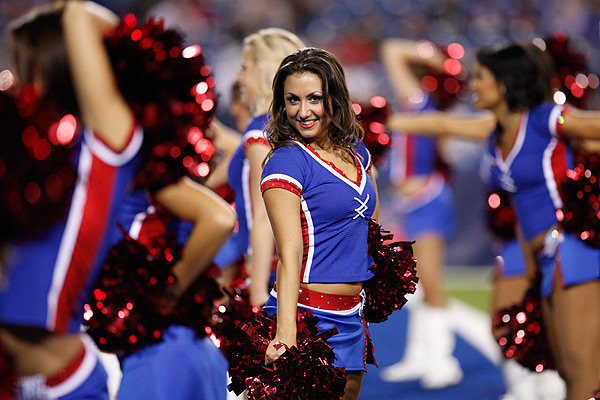 Both of these teams are looking to have better seasons than last year that end with trips to the playoffs, especially Buffalo, which has not been there in forever it seems.

New York seems to be boom or bust (out or a Super Bowl).

They are bringing in a new era with no more Tom Coughlin behind the bench.

Kick off is set for 4:00 PM ET. Tyrod Taylor just signed the big deal but week two is not the time where w usually see much from the starting quarterbacks as teams emphasize health more and more each season.

The Giants promoted from within with offensive coordinator Ben McAdoo taking over as head coach.

The assumption is that he will be a little softer around the edges but the general schemes will be similar to what we have seen in the past.

On offense what may help more than anything this season is health. Victor Cruz can be a difference maker at receiver though at this point it still looks like he might have some problems getting on the field.

The defense has made an effort to get more playmakers on the field. They may not be complete players but the likes of Janoris Jenkins and Olivier Vernon can provide interceptions and sacks for a defense that was worst in the league a year ago.

Don’t expect to see much of Eli Manning in this one but there might be good competition for the backup role between Ryan Nassib and Logan Thomas. Nassib gets an F for his performance last week with a couple of picks.

New York is still waiting for an obvious choice at running back to emerge. Rookie Paul Perkins was good in his first taste of NFL action out of UCLA.

The Bills just announced a long term deal for Tyrod Taylor, who I like, but I think they might have partly been wanting to change the news cycle for the team has not been very positive so far this season.

Buffalo wants to be an elite defensive team but a couple of guys they are counting on are hurt.

LB Reggie Ragland was their second round pick out of Alabama but he is out for the season with an ACL injury and top pick DE Shaq Lawson is likely to miss the first six weeks thanks to shoulder surgery.

Adding further insult to injury is the fact that Karlos Williams, their most dominant running back a year ago is going to be suspended due to a violation of the substance abuse policy. Buffalo is just looking to get to the season with their roster reasonably in tact.

E.J Manuel will try and prove that he is at least a backup level quarterback and insurance for Taylor if they need it.

A year ago he thought he was the starter.

The supporting cast may be limited for health reasons but Manuel has experience and can be successful in this kind if situation where the defenses are not as tough to read and he can use his athleticism if necessary.

The week before the “dress rehearsal” will be pretty bland but I see Buffalo who needs some additional good news to be more into it at home.

If you’re looking for more picks like this New York Giants vs. Buffalo Bills matchup we’ll be providing 4* free NFL predictions on the blog all season long, and check out our Experts for guaranteed premium & free NFL Football picks!