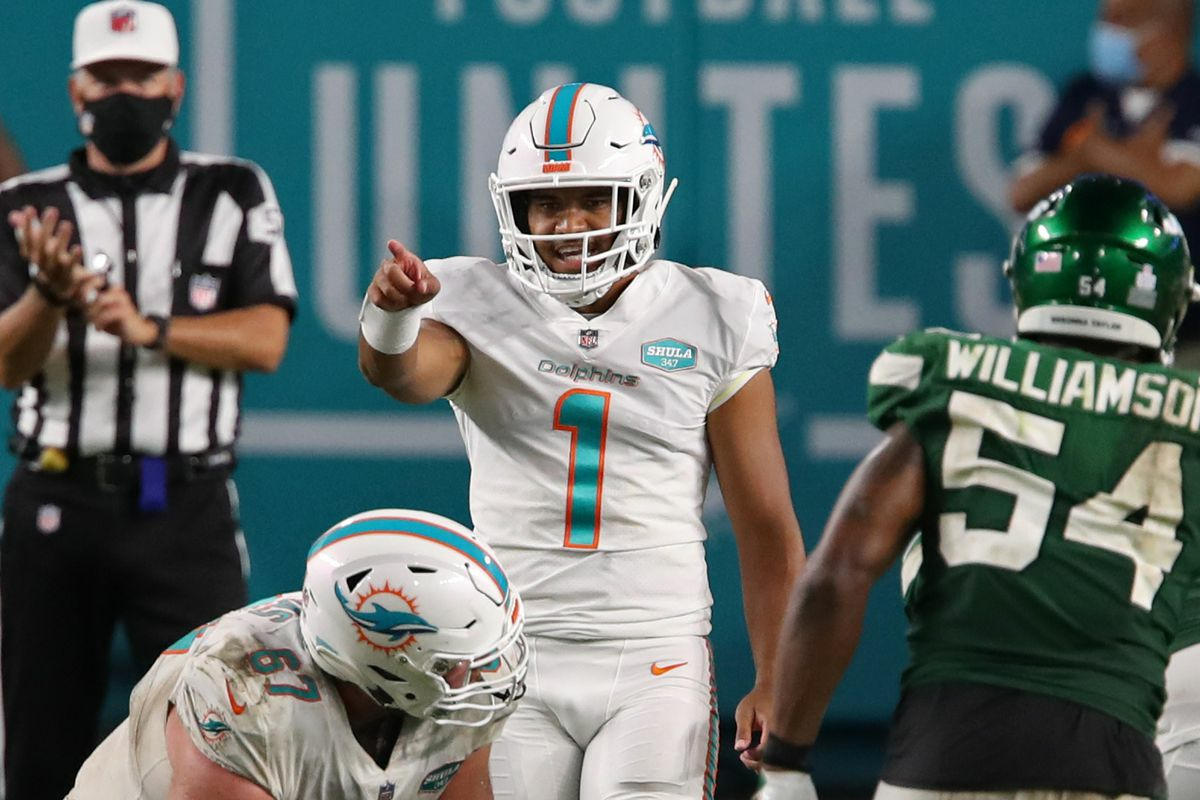 At first glance it looks like Miami could be one of the better wagers of the NFL week 11 slate. The Dolphins are just -3 point favorites coming off extra rest after a 22-10 win over Baltimore last Thursday night.

The Dolphins offense doesn’t keep any defensive coordinators up at night, but the Jets have also allowed 45+ points in three of their last four. It also looks like New York is going to turn to Joe Flacco at QB making his first start in nearly a year to the day.

Miami scored a huge upset over the Ravens last Thursday night, winning 22-10 as +8.5 home underdogs. It was by no means a pretty affair, with Miami needing a 49-yard Xavien Howard fumbler recovery for a TD in the 4th as well as a late Tua Tagovailoa 1-yard run with just over 2 minutes left to seal the deal.

Tagovailoa should be the starter after he came in for the injured Jacoby Brissett last week. Miami was up just 6-3 heading into the 4th before the young QB led the team to 16 points in the final frame. Brissett isn’t your future, so the Dolphins may as well see what they have in Tagovailoa as the 6-3 Bills and 6-4 Patriots are pulling away from 3-7 Miami in the AFC East

Tagovailoa came in and went 8/13 for 158 yards passing. Modest numbers but against a decent Ravens defense, and those numbers also include a late TD run. The Jets are dead last in the NFL in total yards (417.1) and points allowed (32.9) on the season.

It didn’t take long for coach Robert Saleh to move on from QB Mike White. White threw for 405 yards to lead a 34-31 win over the Bengals in week 8, but has come back to reality with just 95 yards passing in a loss to the Colts in week 9 and threw 4 INTs on Sunday in a 45-17 loss to Buffalo.

White will be replaced by Joe Flacco, who was just recently signed by the Jets as #2 draft pick Zach Wilson continues to recover from a knee injury. Flacco saw action in five games with New York last season, throwing 6 TD to 3 INT while completing 55% of his passes. Flacco also hasn’t started a game since November 22nd of last season.

All New York really needs Flacco to do on Sunday is to not turn the ball over, as that’s been one of the major reasons the Jets have allowed 54, 31, 45, and 45 points in their last four games. Miami also isn’t on the level of the Patriots, Bengals, Colts, or Bills though – the Jets’ last four opponents.

It’s really hard to back the Jets right now, as not only is their defense getting torched but their offense leaves a lot to be desired as well. It’s hard to see New York putting up many points on Sunday considering Flacco is started – and although he played with NYJ last year this is a whole new regime.

This won’t be a great game to watch unless you’re a Jets or Dolphins fan.

If you’re looking for more NFL picks like this Miami Dolphins vs. New York Jets matchup we’ll be providing 4* free NFL predictions on the blog all season long, and check out our Experts for guaranteed premium & free NFL Football picks!