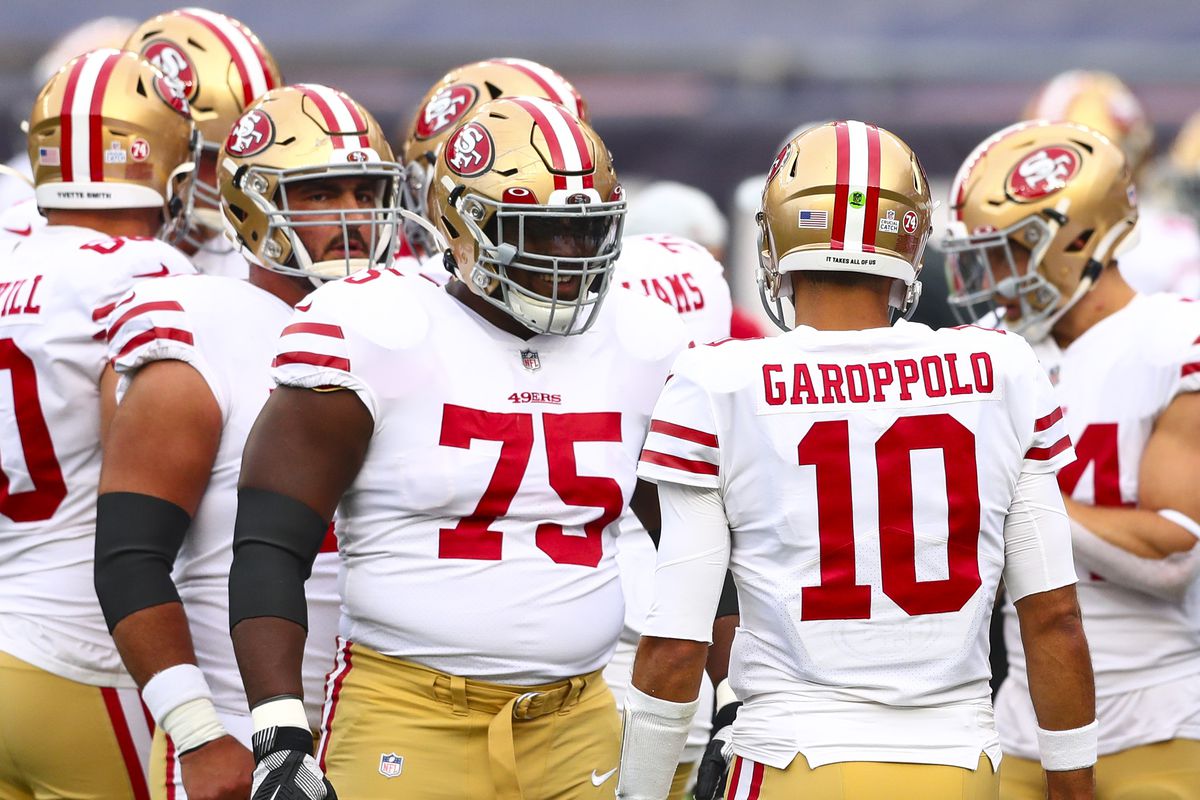 Two teams from the NFC West will be clashing when the Los Angeles Rams visit the San Francisco 49ers on Monday Night Football.

Both of these squads are coming off of disappointing losses in week 9.

The Rams started off as a field goal favorite and that number is now up to 4. The total started off a little higher, but it is back down to around 49 points.

The Rams have still had a very good season so far. But, just like anybody else, they are vulnerable.

Los Angeles failed to cover as 7.5 point faves on Sunday and they lost outright to the Tennessee Titans by a score of 28-16. That loss surprised a lot of folks for sure.

Even though this team is one of the best in football, they can be had at any moment. Even a Titans team without their star running back can still beat you if you are not laser-focused from the beginning.

Matthew Stafford has played very well so far this year, but Sunday was not a good day for him. He went 31/48 for 294 yards with 1 touchdown pass and 2 picks. I look for him to have a bounce-back effort when he has to go against his divisional rival on Monday night.

The defense is a big strength of this team, but it got exposed on Sunday. There is no excuse for this team to allow that kind of production when the Titans did not have Derrick Henry. They will have to play much better in that department against San Francisco or they will lose again.

Simply put, this 49ers team has been a major disappointment. And please, do not give me injuries. Every team battles through them and the elite teams figure out how to get past them. The reality is, this team is really not all that great and it shows in the way they play.

San Francisco lost to the Cardinals on Sunday by a score of 31-17. They should be embarrassed by that because let us not forget, it was not Kyler Murray who shredded them apart, but the immortal Colt McCoy. Good luck to them when they have to go against Stafford and company.

A lot of people were very high on this club before the season started, but they have just underperformed. They should have a better record than 3-5, but once again, your record is a reflection of your team.

On Sunday, Jimmy Garoppolo was 28/40 for 326 yards with 2 TD passes and 1 pick. I am not all that confident that he will be able to have a strong performance against a very good defense in Los Angeles, but we shall see what happens.

Just a few years ago, this defense was one of the best ones in the league. Fast forward to now and they really are not that great. If they do not figure some things out, it could get ugly for this unit on Monday.

The Rams had a tough loss, but I feel confident they can respond. I do not have the same level of confidence regarding the Niners.

San Francisco is at the point where they have to win, no excuses. I do not feel so great with them knocking off the Rams because I just do not feel they stack up that well against them.

Just because I am not picking San Francisco to win this game, does not mean I don’t think they can keep it close.

Even though 4 is not a huge number to lay, I do not trust the Rams to cover here. They have not exactly been a great team ATS, especially against the 49ers. I look for this to be a close, competitive game.

I feel ultimately the offense for Los Angeles will be too much for San Fran to handle, but I do like them to keep it within the key number here.

If you’re looking for more NFL picks like this Los Angeles Rams vs. San Francisco 49ers matchup we’ll be providing 4* free NFL predictions on the blog all season long, and check out our Experts for guaranteed premium & free NFL Football Picks!