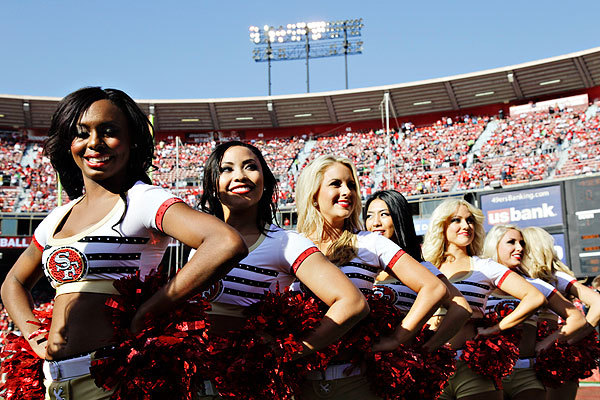 The Los Angeles Rams are one of the best teams in the NFL this season. The Rams were loaded last season, but this year the team has started 6-0. Thier last win coming against the Denver Broncos. 23-20. They face a divisional foe this week.

The San Francisco 49ers are 1-5 on the season. The team has struggled all season to find wins. With the loss of Jimmy G at quarterback for the remainder of the year, the 49ers find themselves at high risk of missing the postseason.

The Los Angeles Rams looked good on paper, but I did not know they would be this good through the first six games. Los Angeles is 6-0 to start the season, and have one of the most explosive offensives in all of football.

Los Angeles is loaded on offense. Almost every skill position players starting for the Rams can either start in the pro bowl, or be a participant. This 2018 Rams offense is the closest thing to the St. Louis Rams ” greatest show on turf.”

Based on the eye test, the Rams don’t have many weaknesses on either side of the ball. Last week in Denver, the Rams dominated the game. Los Angeles moved the ball up and down the field at will in Denver. Todd Gurley rushed for over 200 yards on 28 carries.

Defensively, the Rams have been dominant. The duo of Suh and Donald on the defensive line has been as advertised. Last week, they gave quarterback Case Keenum nightmares throughout the game.

The San Francisco 49ers might be ready to call it a season. Yes it’s only week seven, but the team is struggling to get wins. On Monday night, the 49ers did all they could to prevent the Packers from winning, but the team was struck by Aaron Rodgers.

The gassed 49ers defense was beaten on the last drive of the game, taking a loss, 33-30. The heartbreaking road loss, dropped the teams hopes of making the postseason significantly. Now, if the 49ers were to make some noise, they would almost have to win out.

Since the loss of Jimmy G at quarterback, C.J. Beathard has been doing all he can to get the 49ers a win. He has fallen short every game since filling in, but that does not mean he isn’t giving a full effort.

With the team trying hard to get wins, maybe this week they will be able to pull off the upset. Defensively, the team must get better. They allowed 521 yards last week against the Packers.

This game could be close, but the Rams will prevail. Take Los Angeles to win, but not cover.

If this game turns into a shootout, look for the more talent Rams to get the win. San Francisco will keep things close, but fall apart late in the game, leading to the loss. Take the 49ers to cover.

If you’re looking for more NFL picks like this Los Angeles Rams vs. San Francisco 49ers matchup we’ll be providing 4* free NFL predictions on the blog all season long, and check out our Experts for guaranteed premium & free NFL Football picks!