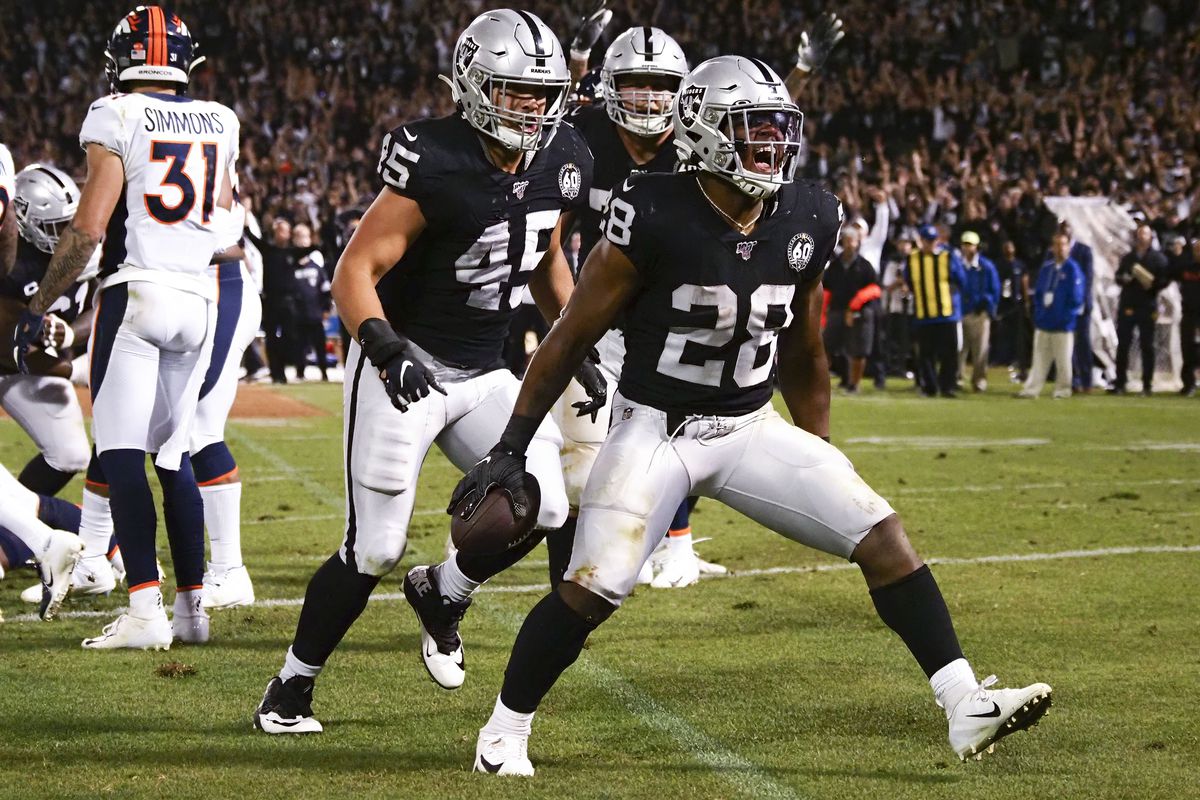 The AFC West swept Week 9. Matt Moore and the Chiefs maintained their game-and-a-half cushion with a last-second win against Minnesota. Brandon Allen won his first NFL start and the Broncos stayed alive by beating the Browns.

Both the Chargers and Oakland got their fourth win in Week 9. Los Angeles is a game under .500, while the Raiders are an even 4–4. As the calendar comes to its end, teams fighting to stay .500 eventually fizzle. This game could serve as a springboard for whichever side wins it.

DraftKings opened this one as a pick but the Raiders have emerged small favorites as more shops open up for business in Week 10.

For just the third time in nine games this season, the Chargers scored more than twenty points. They put up thirty against the Colts in a Week 1 overtime victory and then against the Dolphins three weeks later.

After that Miami game, they lost three in a row by a combined eleven points and then held on the beat the Bears by a point in a game that saw thirty-three points total. The defense has been balling all season but L.A. needed some offense in Sunday’s home game against the Packers and it got it in a 26–11 win.

Phillip Rivers went 21-for-28 and came up just short of 300 yards. Melvin Gordon got 20 carries for 80 yards and scored both of his team’s touchdowns on the ground.

Mike Williams led the receiving corps with 111 yards (on just three catches) and Hunter Henry it with seven catches. Austin Ekler (93 yards) remained involved in the offense, even with Gordon taking over a larger role.

If only the offense could have re-allocated some of those points over the first half of the schedule because the defense was simply sensational against one of the hottest offenses in the league, at least entering the game.

Green Bay managed just over 200 total yards of offense, even on a day Davante Adams returned to catch seven balls. Aaron Rodgers didn’t get anything downfield and the Packers’ run game was stonewalled.

It’s hard not to like the Chargers’ defense in any game you feel like the offense could move the ball.

Teams move the ball pretty well on the Raiders and the Lions were no exception in Week 9.

Matthew Stafford threw for 406 and three TDs but he leaned heavily on his receivers with Kerryon Johnson unavailable in the backfield and Oakland held on to win, 31–24.

Oakland’s defense came into the game with five takeaways all season but picked off Stafford once and recovered a fumble. It may be harder to pry it away from Rivers and a Chargers’ attack that, while not necessarily dynamic, doesn’t turn it over all that often.

4* Free NFL Betting Prediction: the Chargers win on the road.

The superior defense automatically has a leg up on Thursday Night Football for no other reason than both teams have less time to scheme.

In this case, I really like the superior defense because its offense isn’t going to turn it over and will run the ball. Oakland doesn’t give it up easy on the ground but it’s ground numbers are a bit bent out of shape because so many opponents have seen little need to run the ball. Los Angeles won’t abandon Gordon and Ekler and will do well to not, the way I see it.

So I like the Chargers to win what should actually be a fun, if not beautiful, Thursday night matchup. It’s a medium-sized play for me.

If you’re looking for more NFL picks like this Los Angeles Chargers vs. Oakland Raiders matchup we’ll be providing 4* free NFL predictions on the blog all post-season long, and check out our Experts for guaranteed premium & free NFL Football picks!