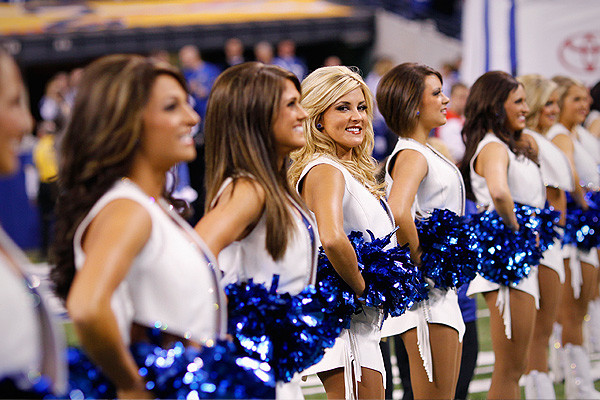 This AFC south matchup has draft positioning on the line as the 3-12 Jaguars face off against a Colts team looking to get to .500.

Kick off is set for 1:00 PM ET with QB Blake Bortles getting the start for the Jaguars with Andrew Luck opposing him.

A season that started with promise, and a young talented core of defensive players, quickly went off the rails. Gus Bradley was fired and Doug Marrone will coach the final game of the season looking to make an impression on ownership.

Blake Bortles number’s dropped significantly across the board. He has thrown 16 less touchdowns this year compared to last, and is passing for 30 less yards per game. Bortles must improve dramatically next year if the Jaguars are going to have a successful future.

Blake Bortles number’s dropped significantly across the board. He has thrown 16 less touchdowns this year compared to last, and is passing for 30 less yards per game. Bortles must improve dramatically next year if the Jaguars are going to have a successful future.

This final game against the Colts I don’t expect big numbers from Bortles, who has thrown only 2 touchdown passes in the last 4 games.

With TJ Yeldon on injured reserve, look for Chris Ivory to carry the workload for the Jaguars this week. He had a good game against the Titans, running the ball for 45 yards and a score. He also caught 4 passes for 69 yards and should be a threat to score twice in this game.

Allen Robinson had a phenomenal game against Tennessee. He caught 9 passes for 147 yards and seemed to line up all over the field. The Colts secondary will be in a lot of trouble if Robinson gets off to a fast start, and I expect him to have another great game.

Marquise Lee caught a touchdown against Tennessee and could be a key red zone option for Bortles Sunday afternoon.

Even though the Colts are eliminated from playoff contention, head coach Chuck Pagano won’t rest any of the team’s starters. This could be risky as Andrew Luck has dealt with injuries this season and faces a fast Jaguars front seven.

Andrew Luck had an up and down game against Oakland last week, throwing for nearly 300 yards and two touchdowns, but he did throw 2 interceptions. The Jaguars secondary has a lot of young pieces, and I expect Luck and TY Hilton connect on a few deep balls to break the game open early.

Frank Gore has been a consistent, if not stellar running back for the Colts this season. He is closing in on 1,000 yards for the year and should reach that total in the final game of the season. He carried the ball 13 times for 73 yards against the Raiders and I expect him to get 100 yards and a touchdown in this game.

Speedster TY Hilton is closing out the season on a high note. He has over 100 yards receiving in 3 of the last 4 games. He caught 4 passes for 105 yards against Oakland and this week should have a good matchup against Jalen Ramsey. Look for Hilton to reach 100 yards receiving for the second straight week and score 2 touchdowns on Sunday.

With the Colts playing their starters I expect them to get a tough win at home against the Jags.

Andrew Luck should put up big numbers in the final game of the season and get the Colts to 8-8.

If you’re looking for more NFL picks like this Jacksonville Jaguars vs. Indianapolis Colts matchup we’ll be providing 4* free NFL predictions on the blog all season long, and check out our Experts for guaranteed premium & free NFL Football picks!

New to Cappers Picks and ready to make his followers some serious gambling money! Darrelle has been watching football for 25 years and like some of our other writers is the biggest Ohio State fan, even though he's from West Texas. Originally from New York he made the correct predictions of Urban Meyer leaving Florida for Ohio State, and that betting against UMass their first year in FBS would bring back serious green for all bettors. You have to treat college football like the Price is right! Bet OVER the highest bid and you'll make money!