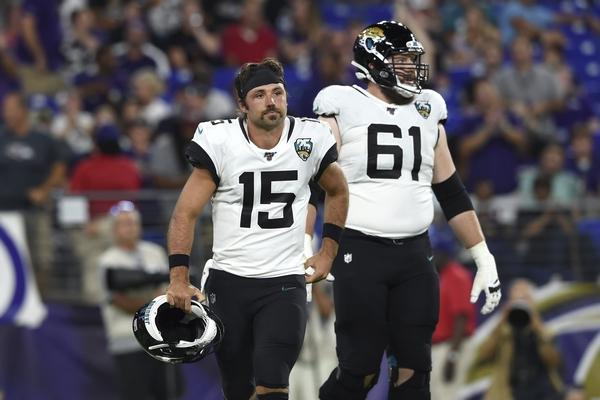 Coming into this season both of these teams believed they could make the playoffs but heading into this game they both know they won’t be in it.

The Indianapolis Colts and the Jacksonville Jaguars face off at TIAA Bank Field. Both of these teams would like to finish their season on a high note.

The Indianapolis Colts were strong to start the season but they have really struggled the second half of the season and it has led to them having a disapointing season.

They won their last game against the Carolina Panthers in blowout fashion, but before that they had lost four games in a row and it was because of the struggles on both sides of the ball. In three of their four losses during that stretch, they gave up 31 points or more.

On the offensive side, Jacoby Brissett has been super inconsistent and it has led to a lot of issues this season. Even though the team had a lot of success against the Panthers, but he only threw for 119 yards.

In this game the defense needs to be good, and Brissett needs to have a big game. If he struggles in this game, they are going to have a lot of issues coming away with a win.

On the other side of this matchup is the Jacksonville Jaguars who have struggled this year, and the hope is this won’t have to be a big rebuild again.

Early in the season the Jaguars weren’t playing terribly, but as of late they have really struggled and come into this game having lost six of the last seven games.

One big question in this game is who is going to start at quarterback. It’s unclear if the team is thinking about making a change, but it wouldn’t be surprising to see the team go back to Nick Foles.

In the last game against the Atlanta Falcons quarterback, Gardner Minshew completed only 13 of his 31 passes for 181 yards and a touchdown.

Whoever plays in this game is going to need to be good. if they struggle in this game they are going to end their season with another loss.

This is a game I would rather not bet on just because both teams really don’t have anything to play for.

That being said the Colts are the better team, and they should be able to come away with a win and a cover of the spread.

If you’re looking for more NFL picks like this Indianapolis Colts vs. Jacksonville Jaguars matchup we’ll be providing 4* free NFL predictions on the blog all season long, and check out our Experts for guaranteed premium & free NFL Football picks!