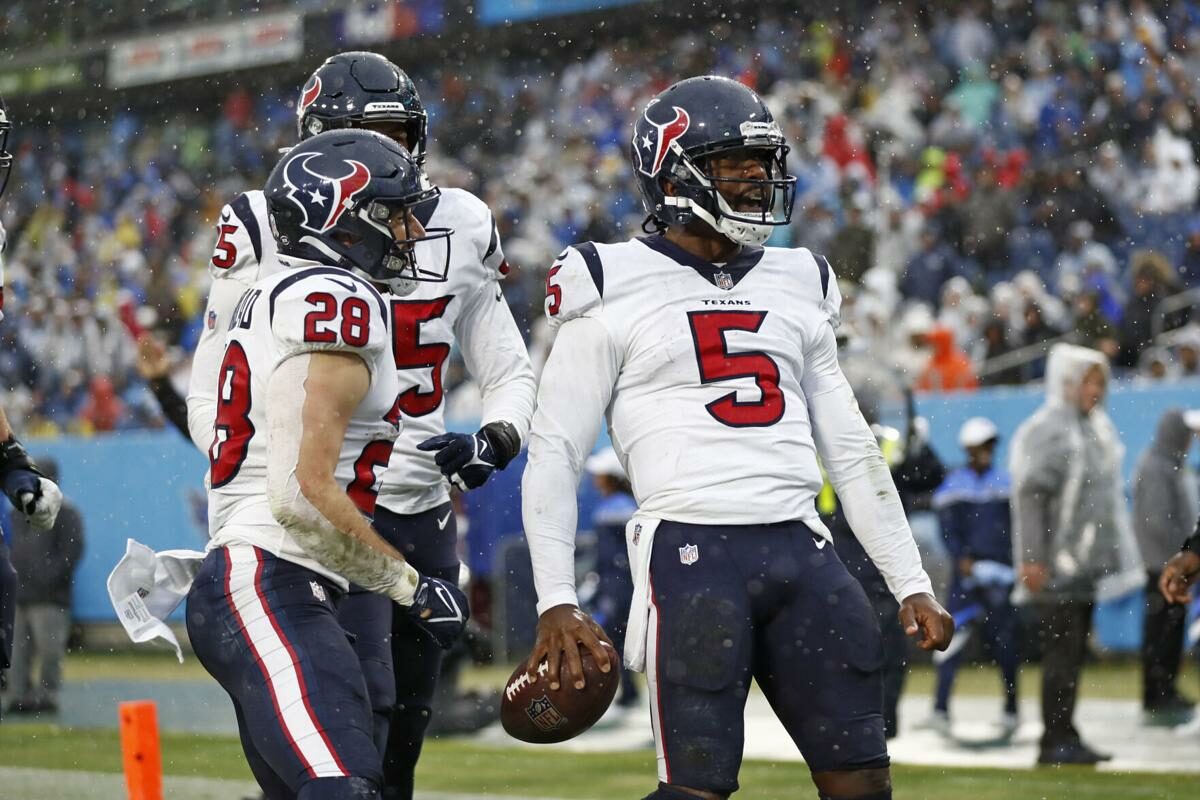 Going into week 5, Houston has a record of 0-0-1 in the AFC South. Overall, the Texans head into action with a record of 0-3-1. With this record, the team is in the bottom half of the league in point differential. For the season, they have an average scoring margin of -5.0 points per game. Through 4 games, the Texans have been the underdog in every contest. Currently, their average point spread is 6.

Across their 5 previous road games, Houston has an ATS mark of 3-1-1. Their straight up record in these matchups was 2-3-0 while averaging 17.6 points per game. Houston heads into this matchup with a 3-1-1 record vs the spread in their last 5 games as the underdog. The team went 0-4-1 straight up in these matchups.

Heading into this week’s matchup, the Texans have an over-under record of 2-2. On the season, Houston is ranked just 25th in points per game at 18.25. Defensively, the team comes in closer to the league average, allowing 23.25 points per contest.

Going into week 5, Jacksonville has a record of 1-0 in the AFC South. Overall, the Jaguars head into action with a record of 2-2. On the season, Jacksonville has one of the better scoring margins in the NFL, ranking 3rd with an average differential of 9.5 points. Heading into the game, the Jaguars will be favored for the first time this season. So far, they have been the underdog in every game, with an average spread of 5 points.

In their last 5 games at home, the Jaguars have a straight up record of 2-3 while going 2-3 vs the spread. The team’s offense averaged 18.0 points per game in these contests. The Jaguars have an ATS record of just 1-4 in their previous 5 games as the betting favorite.

On the other side, heading into this week’s matchup, the Jaguars have an over-under record of 3-1. For the season, Jacksonville has been one of the top performing offenses averaging 26.25 points per contest. In addition, the team has been tough on the other side of the ball, ranking 4th in points allowed.

NFL Free Week 4 Score Prediction: Texans 17 – Jaguars 28 (Bet Now!)
So far, the Jacksonville Jaguars have been a pleasant surprise, and have an ideal matchup against the Texans. Although I don’t expect Jacksonville being able to maintain their current offensive production throughout the whole season, they should be in line for a big game against Houston.
One reason that I see the Jaguars being able to cover the spread is the fact that they should have an above average game on the ground. This season, the Texans have been one of the worst rush defenses in the entire league.

If you’re looking for more NFL picks like this Houston Texans vs. Jacksonville Jaguars matchup we’ll be providing 4* free NFL predictions on the blog all season long, and check out our Experts for guaranteed premium & free NFL Football Picks!