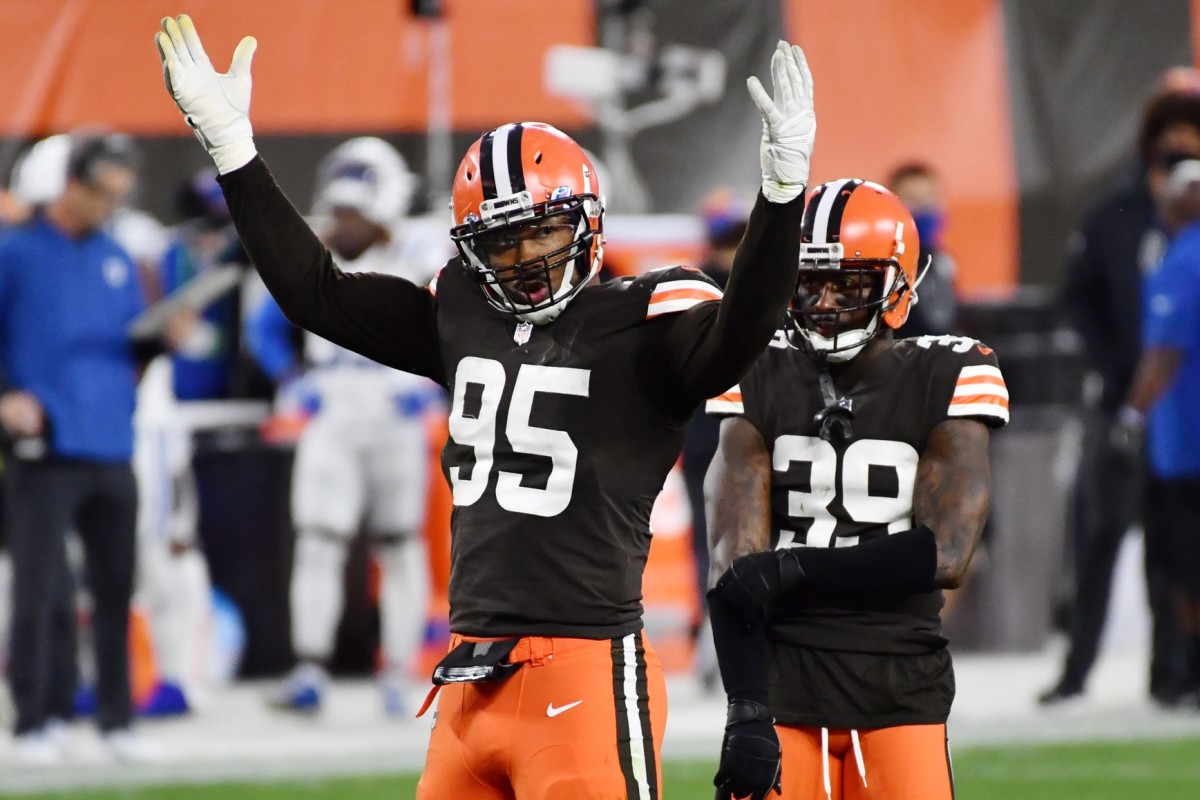 Detroit finally didn’t lose last week, but they didn’t win either ending with a 16-16 tie against the Steelers. The Lions are now 0-8-1 on the season and now have to match up with a very angry Cleveland team.

The Browns took a beating last week in a 45-7 loss at New England. All the good karma from a 41-16 win over the Bengals in week 9 was burned up for Cleveland last Sunday and now right away there is more strife ripping through the Browns locker room.

The Jared Goff experiment hasn’t gone as planned for Detroit, with the Lions being held to 19 points or less in eight straight games. Goff has just one TD pass over the past four games, and was just 14/25 with 114 yards last week vs. the Steelers.

Goff is actually questionable for the Browns game with an oblique injury, meaning David Blough could get his first snaps of the season. Blough started just one game last season, throwing only 10 passes with one of them being intercepted.

Detroit has a quick turnaround following the Cleveland matchup, playing the Bears on Thursday in the Thanksgiving game. That means Blough will likely get the start on the road, which isn’t easy especially against NFL sack leader Myles Garrett and the Browns pass rush.

The Lions have a task ahead of them trying to stop the Cleveland rushing attack. The Browns had just 99 yard rushing last week vs. New England, but they were also down 24-7 at the half and had to abandon their game plan for the passing attack.

The Browns looked good in their first game without Odell Beckham, Jr. in a 41-16 win over the Bengals. Cleveland couldn’t build on that though in managing just 217 total yards vs. the Patriots.

Jarvis Landry has joined in on challenging the play-calling and his role in the offense saying, like Beckham, he “isn’t getting the ball very much either.” Landry has just 23 catches for 219 yards and doesn’t have a TD catch yet this season.

Landry may not get many opportunities on Sunday if RB Nick Chubb returns from COVID protocols. Chubb had 137 yards and 2 TD in the win over the Bengals, but had to miss the Patriots game after a positive test. Detroit is 30th in the NFL allowing 135.7 ypg on the ground.

The Browns are -10 point favorites in this one and they’re in a must-win situation. Cleveland is 5-5, so they aren’t completely out of the AFC North race behind 6-3 Baltimore.

The Browns will likely get Chubb back on Sunday, meaning they’ll once again be running the ball predominately and churning out the clock. Detroit’s offense is in complete disarray and can’t even score more than 20 points with Goff in, so what kind of production is Blough supposed to have?

Mayfield is also questionable for Cleveland (knee) meaning Case Keenum could get some snaps.

If you’re looking for more NFL picks like this Detroit Lions vs. Cleveland Browns matchup we’ll be providing 4* free NFL predictions on the blog all season long, and check out our Experts for guaranteed premium & free NFL Football picks!