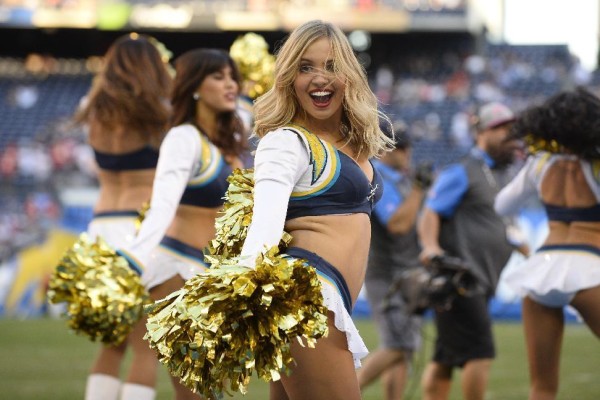 The Denver Broncos will not have much time to prepare as they look to bounce back from their first loss of the season this Thursday night against the Chargers in San Diego.

The Atlanta Falcons got the best of the Broncos 23-16 this past Sunday.

The Chargers are also coming off of a loss to divisional rival Oakland Raiders 34-31.

The Denver not only won both games against the Chargers last season, they haven’t been defeated by be Sand Diego since 2013.

Despite the best effort they could come up with, the San Diego Chargers fell to a surprisingly good Oakland Raider team 34-31 on Sunday.

The Chargers rookie holder Drew Kaser allowed a snap to get away from him on a field goal attempt that could have forced the game into overtime.

Phillip Rivers had a strong performance, racking up a season high 359 yards on 21-30 passing attempts.

This has been one the veterans better starts to a season statistically with over 1,100 yards and 11 touchdown passes compared to only 3 interceptions

San Diego struggled to gain any momentum on the ground against the Raiders, gaining a total of only 72 rushing yards. Melvin Gordon was responsible for most of the running work with 16 carries for 69 yards.

The Chargers are currently ranked 2nd in the NFL with an average of 30.2 points per game. They have lost 4 games so far by a combined 14 points.

Lynch came into the game after an injury to Trevor Siemian and although he struggled to find a target on many of his passing attempts, he was still able to throw for 223 yards with both a touchdown and an interception.

Siemian will be ready to go this Thursday against the Chargers suffering a shoulder injury in week 4.

C.J. Anderson has struggled to get anything going on the ground for Denver so far this season.

It took the running back 11 carries to come up with 41 yards against the Falcons and he has not been able to pass the 50 yard mark in a game since the second week of the season.

After the first five games of 2016, he is only averaging 3.5 yards a carry after averaging 4.7 yards every time he ran the ball last season.

As a team, the Denver Broncos come into the game ranked 10th in the league with an average of 25.4 points a game.

The Chargers secondary is hammered with injuries right now and that could mean trouble for San Diego with the return of Siemian. I look for the Broncos to move the ball up and down the field fairly easy through the air on Thursday night.

San Diego hasn’t had a running game yet this season and Rivers and the offense has yet to play a defense as solid as the Broncos. The Denver secondary has been dominating opposing quarterbacks, only giving up an average of 185 yards a game through the air.

If you’re looking for more picks like this Denver Broncos vs. San Diego Chargers matchup we’ll be providing 4* free NFL predictions on the blog all season long, and check out our Experts for guaranteed premium & free NFL Football picks!