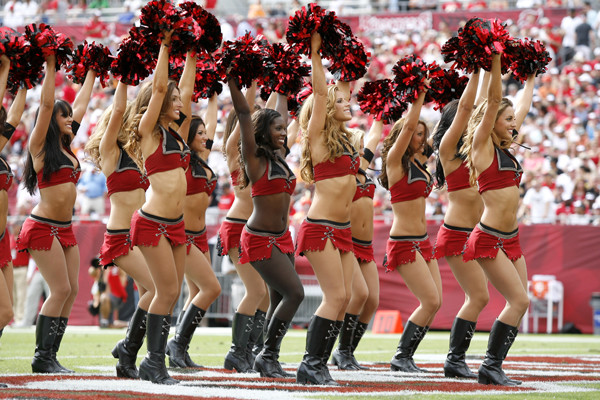 The Bucs get set for their first home game of the preseason when they get set to take on the Cleveland Browns on Friday night.

The Browns are entering this season with a lot of new faces in many different places.

It started with a head coaching change, saw a new QB come in, and a receiver who has been suspended return to the lineup.

Cleveland has started the RG3 era off 0-2 this postseason, but the signs are quite encouraging. In a loss to Atlanta, RG3 went 6/8 for 96 yards and added a pair of passing touchdowns.

Terrelle Pryor had one of those for 50 yards as he continues to work into being a giant part of this team. Pryor was cut last year, but resigned with the hopes of him adding value to the wide receiving core.

The Browns have seen some encouraging signs from the Griffin III-Pryor connection early on here in the preseason. The Browns offense has the pieces and the top stringers should expect a lot more time here in game 3.

The Buccaneers started things off on the road this preseason, splitting a pair of gmaes.

Tampa Bay started the preseason off with an ugly 17-9 loss to Philadelphia, but responded with a 27-21 victory over the Jaguars.

In what figures to be a giant year for Jameis Winston, his workload through the first couple games has been kept quite low. Winston went just 3/10 in the win over Jacksonville for 28 yards. He added a touchdown, but also had an interception.

He’ll likely get more time here in this one, but the 2nd year QB figures to see a lot of work in the final tuneup at the most as his health is a major concern this preseason. Tampa Bay cannot afford any sort of freak accident to him that would see him miss time.

Encouraging signs this preseason come from WR Mike Evans. Him and Winston connected on a 4 yard touchdown pass in the win last week as the duo has picked up right where they left off last season.

Cleveland’s first string is poised for more minutes here, which is a huge plus for them.

Josh McCown and Cody Kessler continue to battle for the backup spot, which again helps the Browns here as it gives them a lot of motivated players throughout the entire game.

If you’re looking for more picks like this Tampa Bay Buccaneers vs. Cleveland Browns matchup we’ll be providing 4* free NFL predictions on the blog all season long, and check out our Experts for guaranteed premium & free NFL Football picks!