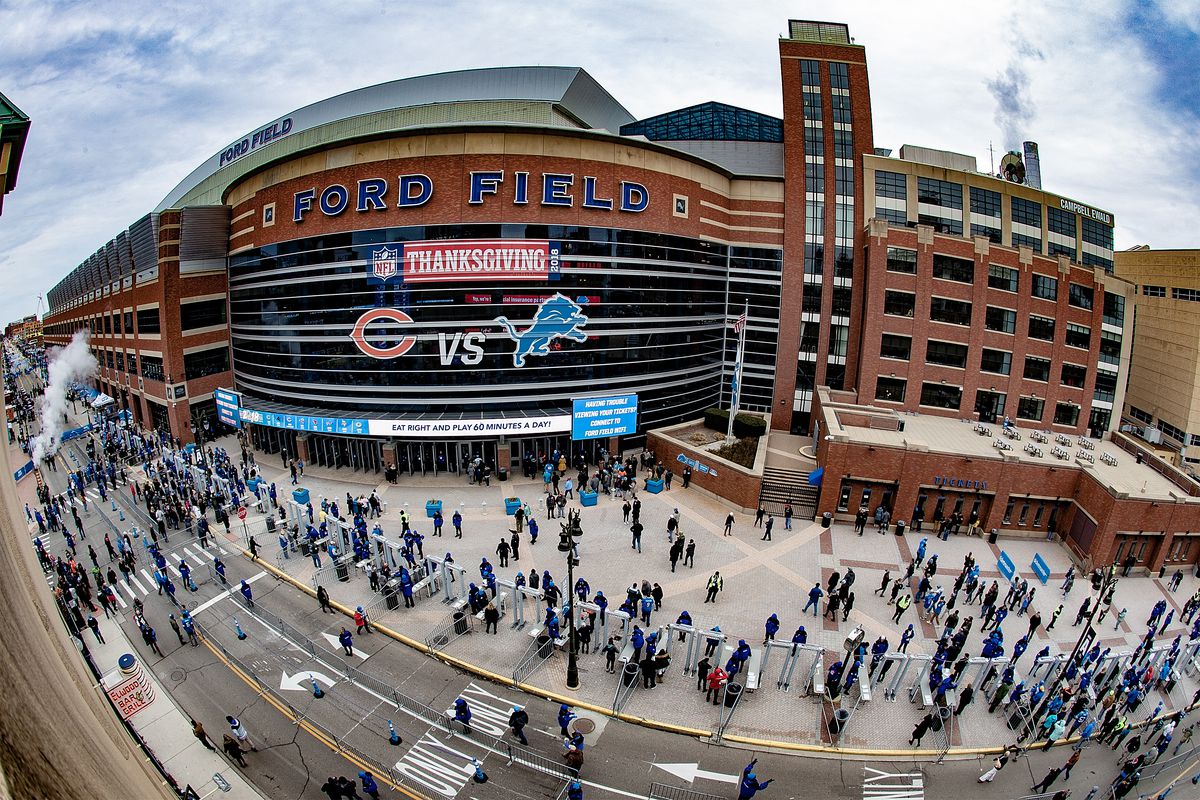 If there’s ever a time for Detroit to get their first win of the season, it’s on the short week Thursday afternoon against a Bears team in total disarray. Chicago is not only very banged up, there were reports going on during the week that their coach Matt Nagy will soon be fired.

Make no mistake, the Lions aren’t exactly killing it in dysfunctional category. Both Cleveland and Pittsburgh have tried to give games away to Detroit the past two weeks only for the Lions to pick up a loss and a tie.

Chicago will likely be without QB Justin Fields (ribs) on Thursday, but that might not necessarily be a bad thing. The rookie has shown signs of brilliance at times, but also has the growing pains you’d expect from a young QB. Fields leads the NFL in fumbles, and has 4 TD passes to 8 INT on the year.

Instead of Fields, it’s Andy Dalton that takes over the reins at QB (again). Dalton was playing well against the Bengals in week 2 before injuring his knee and also instantly gave Chicago a spark with a 60-yard TD pass to Darnell Mooney.

The experienced Dalton is likely a better fit to run Nagy’s offense, but either way Chicago should look to get their ground game going. David Montgomery got just 14 carries last week even in a close 16-13 loss to the Ravens and rookie Khalil Herbert had just one tote.

For as horrible as their offense is (31st in total yards, 32nd passing) it’s the defense that has huge concerns on Thursday. Baltimore went 72 yards in five plays (1:19) with under 2 minutes left to get a 16-13 win on Sunday – and that was without Lamar Jackson (illness).

The Lions had multiple chances to beat the Steelers, but missed an extra point in the 3rd and another field goal in OT before settling for a 16-16 tie. Detroit was right in the game last week too, ultimately falling 13-10 to the Browns.

The Lions offense didn’t look great last week, with a 57-yard D’Andre Swift TD run being their only real potent play. That could change on Thursday against a Bears team missing Khalil Mack as well as likely Eddie Jackson, Akiem Hicks, and Duke Shelley due to the short turnaround.

Detroit’s Tim Boyle was just 15/23 passing vs. Cleveland with only 77 yards and 2 INT. He should have some confidence coming into the meeting with the Bears though considering Chicago was just beaten by Baltimore’s Tyler Huntley in his first career start.

Even with all their injuries, Chicago does still have some talent on defense. They got after Huntley for six sacks last week (3.5 from Robert Quinn) and 17 tackles by Roquan Smith. Even so, Swift has ran for 130+ in two straight games so the Lions have some potential.

Forget the tryptophan, these two offenses are going to do plenty to put people to sleep early on Thanksgiving morning. Blough looked pedestrian last week against Cleveland, and Chicago’s pass rush can put on the pressure even with Mack out.

Chicago probably does have a better chance of winning with Dalton at QB, and it never hurts that Nagy is likely coaching for his job here.

If you’re looking for more NFL picks like this Chicago Bears vs. Detroit Lions matchup we’ll be providing 4* free NFL predictions on the blog all season long, and check out our Experts for guaranteed premium & free NFL Football picks!