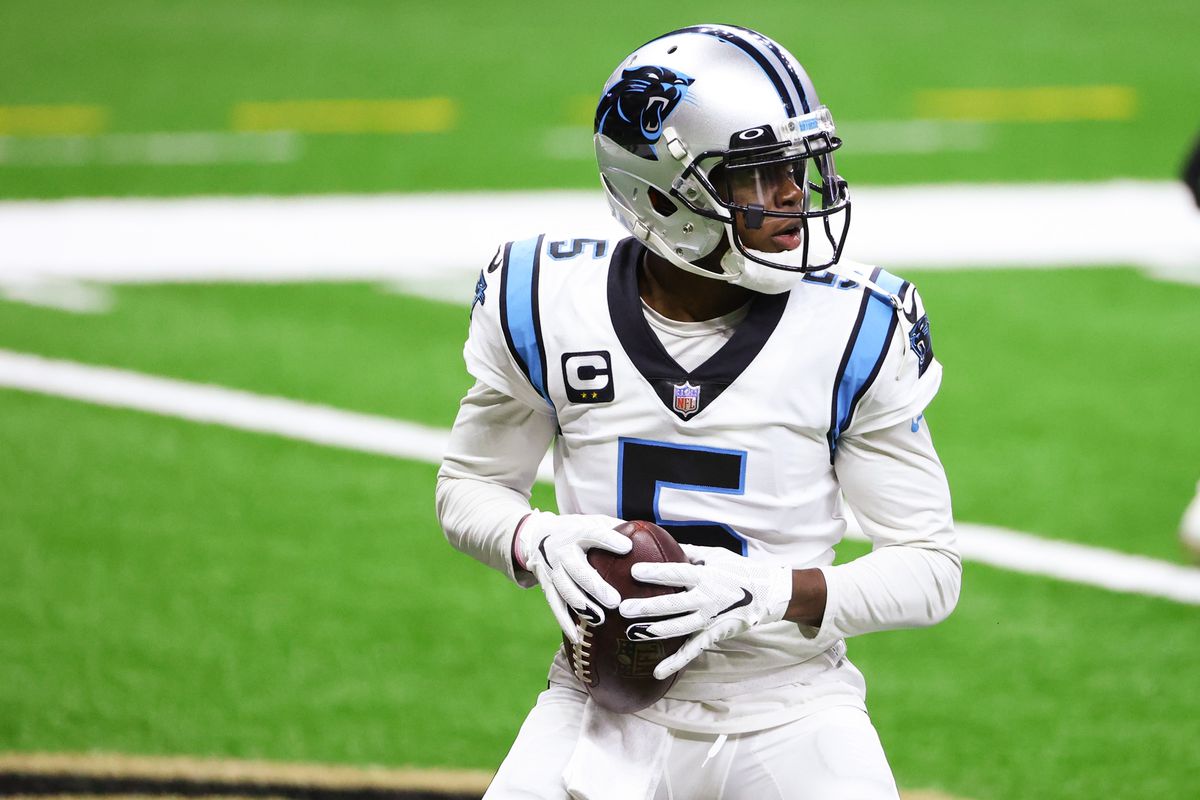 NFL’s week 8 gets underway on Thursday night with a matchup of two teams looking up in the NFC South. Carolina has dropped two in a row and the Falcons are just 1-6 on the year so something has to give here.

The Panthers are a -2.5 favorite at home, but are just 1-2 in Charlotte this season. Atlanta is much better than their 1-6 record would indicate, as nearly all their losses have been in heartbreaking fashion.

These two teams have met up once already this season, a 23-16 Panthers win that pushed Atlanta to 0-5 on the year. The loss to Carolina led Falcons ownership to not only fire coach Dan Quinn, but also GM Thomas Dimitroff.

Last week’s loss to Detroit was especially disheartening, with Todd Gurley trying to fall down on the 1-yard line only to, ironically, accidentally score a TD. The Lions drove the field in 1:04 and scored with 0:00 on the clock to get the W.

Atlanta tied for their lowest scoring output of the season with 16 points in the first game vs. Carolina. Gurley had 121 yards on the ground, but a majority of that came on a 35-yard run in that meeting.

Carolina started the season slow with losses to Tampa Bay and Las Vegas to start the season. That could be expected though with the team trying to learn new coach Matt Rhule’s offense behind new QB Teddy Bridgewater and without a preseason.

Things were looking good for the Panthers after they put together a three game win streak against the Chargers, Cardinals, and Falcons. Carolina is in disarray though after losses to the Bears and Saints the last two weeks.

The Panthers could be getting a boost on Sunday if Christian McCaffrey is able to return from an ankle injury. McCaffrey is listed as an outside chance to play though, which doesn’t leave Carolina many answers on offense.

Carolina has to be wondering what more they can do? Bridgewater was 23/28 passing last week, his 5th time in the last six games completing 70% of his passes, and the Panthers still lost.

Atlanta is just a hard luck team this year. The big question is whether all these late losses fuel the squad, or it causes them to go into a shut-down mode. This is a strange game that the betting public is going to be hammering Carolina.

NFL Free Week 8 Score Prediction: Falcons 21 Panthers 17 (Bet Now!)
Matt Ryan has a last chance grab to save his spot in Atlanta and in a nationally televised game.

If you’re looking for more NFL picks like this Atlanta Falcons vs. Carolina Panthers matchup we’ll be providing 4* free NFL predictions on the blog all season long, and check out our Experts for guaranteed premium & free NFL Football picks!