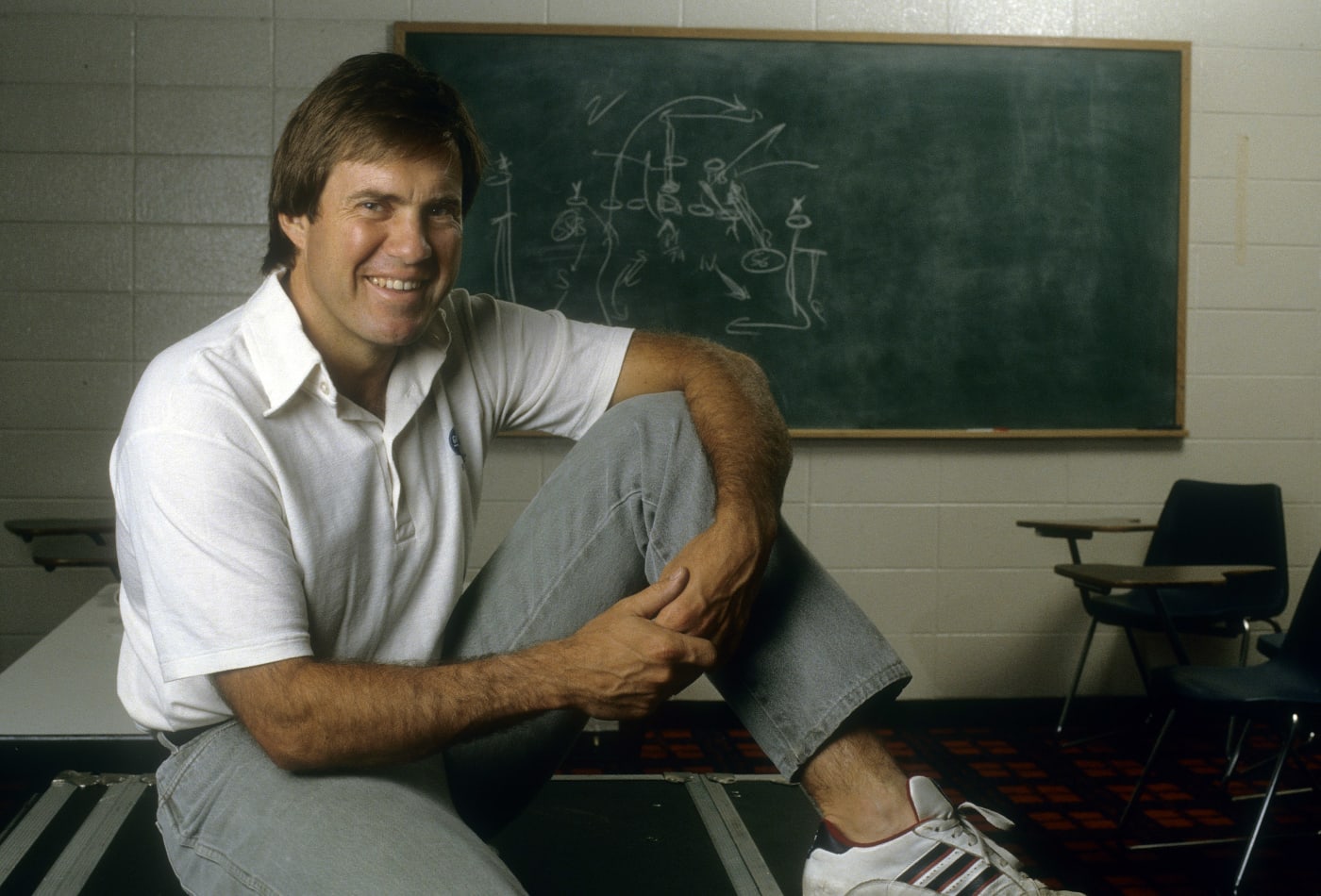 Ready to check out our 2020 New England Patriots Win Total Predictions? The NFL’s greatest dynasty has, potentially, the most challenging offseason of any team. Coach Bill Belichick is going to try to win the Super Bowl with average draft capital and close to zero cap room after losing Tom Brady.

A lackluster 2019 Wildcard-game exit was not the typical result for this ridiculously-dominant franchise. However, the Patriots still managed to: a) win 12 games, b) win their division, and c) have the best defense in the NFL (in terms of total yards allowed and points allowed).

The great Belichick has managed to do more with less than any NFL coach in history. It would be unwise to count him out, even if the odds are stacked against him.

So let’s dive into the Patriots offseason moves and their 2020 season outlook.

The most disappointing name on that list (for Patriots fans) is WR Damiere Byrd. Despite the overall decent numbers (8th in passing yards, 7th in points scored), the 2019 Patriots offense was wicked anemic at times.

One of the big reasons for that was a useless, Gronkless receiving core that got no separation and led the league in drops. Adding a 5’9″, 180lb receiver who has a total of 44 receptions in his five-year career does little to solve the problem.

However, if Patriots fans wish to put a positive spin on this horrendous offseason, look at who you’re bringing back from injury. N’Keal Harry, who missed the first half of the 2019 season, should start all 16 games. Additionally, if C David Andrews (who missed the entirety of the 2019 season) and LT Isaiah Wynn remain healthy, the offensive line should be much improved.

Finally, I can’t not overstate the importance of bringing back FB James Develin and adding FB Danny Vitale. Behind Develin, RB Sony Michel averaged 4.5 yards/carry in the 2018 regular season, then went on to average 112 yards/game on 4.7 yards/carry in three postseason games.

After Develin was lost for the 2019 season, all of Michel’s numbers dropped significantly and the Patriots ended up with just the 18th-best rushing attack in the NFL. For some unknowable reason, Michel is a legit bell-cow running back behind a FB and a completely useless draft bust in a one-back formation.

OK… A lot to unpack here.

To quickly touch on Phillip Dorsett: Dorsett was a surprisingly productive receiver during his tenure in Foxborough. Over the past two seasons, he caught 61 balls for 587 yards and eight touchdowns. Additionally, Dorsett caught two massive touchdowns in the Patriots 2018 title run.

The Patriots front seven got rocked. Jamie Collins became an incredibly athletic and effective LB, Kyle Van Noy developed into the second-most important LB on the Patriots behind Dont’a Hightower, Elandon Roberts had a really good 2019 season, and DT Danny Shelton became an above-average run-stuffer in the middle. Even with the retention of Hightower, i’m not sure how this defense can compensate.

Finally, the losses of Brady and Gostkowski should signal the end of an era. The two most productive players in franchise history at their position and it’s not even close.

Overall: This offseason is maybe the worst in Patriots history.

However, it’s not over! In my not-so-humble opinion, the NFL draft will be a key factor in the determination of exactly how bad this offseason was.

New England needs a Tight End, wicked bad. The McDaniels offense (the McOffense, for short) utilizes the TE position more than any other offense in football. To attest to that point: In 20 NFL drafts, Belichick has selected 12 TEs to 17 WRs, the highest ratio of any team in the NFL. And, before the drafting of Rob Gronkowski, Belichick took nine TEs in 11 drafts including two in the first round and four in the top-100 overall.

And the positional depth chart currently looks like this:

Additionally, while QB Jarrett Stidham will have an aging Julian Edelman to throw to, a pass-catching TE to use as a security blanket in short-down and red-zone situations would be massive for both his immediate success and long-term development.

A few positives: Outside of the front seven (and quarterback LOL), the Patriots did a solid job re-signing important pieces on both sides of the ball. I touched on the OL and the FB position, but New England’s player retention in the secondary is of great importance.

The captain of the defense and sure-fire Hall of Fame safety Devin McCourty is returning, along with his twin brother Jason (also a safety). Plus, the addition of safety Adrian Phillips is very much welcomed by the Foxborough Faithful, as he was First-Team All Pro in 2018. If 2019 DPOY Stephon Gilmore continues to play at an elite level, I expect this secondary to be the best in the league in 2020.

The 2020 New England Patriots, the Good:

-QB Jarrett Stidham. Stidham will, probably, be the week one starter and the future of this team. He’s incredibly cool, had a great season at Auburn in 2017 (including an Iron Bowl win) and is loved by the team. He’s very athletic (a certain change in pace from the past two decades), reads defenses well and can make every throw in the McOffense. Stidham’s main focus should be on making lightening-quick decisions. When the QB gets the ball out quickly, the Patriots offense is hard to stop.

-Special teams. The return of Matthew Slater cannot be overstated, as Slater is probably the best special teams player to have ever played. Also, rookie punter Jake Bailey was phenomenal in 2019 and is only expected to improve.

-Offensive line. Even without long-time coach Dante Scarnecchia, I expect this squad to play well.

-The secondary. As mentioned.

-WR Core. The 2019 squad was horrific. The Patriots led the league in both dropped passes and throwaways in 2019. However, I believe the Patriots could mitigate this weakness with three simple steps: 1) Draft a TE, 2) Jakobi Meyers and N’Keal Harry improve, and 3) Mohammad Sanu does literally anything.

–THE SCHEDULE. The Patriots schedule this season is terrifying. The AFC East is significantly tougher, as both the Dolphins and Bills have vastly improved (not to mention the Jets won 7 games in 2019). They have road games in Houston, Los Angeles (twice), Kansas City and Seattle. Plus, they have home games against San Francisco and Baltimore. I don’t see how they drop fewer than six games.

HOWEVER, I also don’t see how a Belichick-led team with a wicked secondary and a good rushing game wins less than nine games. If Stidham performs moderately well, the Patriots draft a TE and the WR position plays slightly better than expected, I genuinely think this team is playoff-bound. Schedule be damned!

Hold on to your hats, Foxborough, the Tom Brady-less future is now.

2020 New England Patriots Predictions: OVER 9 WINS (Bet Now at any of our reviewed NFL Sportsbooks!)

What do you think of our 2020 New England Patriots predictions? Comments are welcome below.