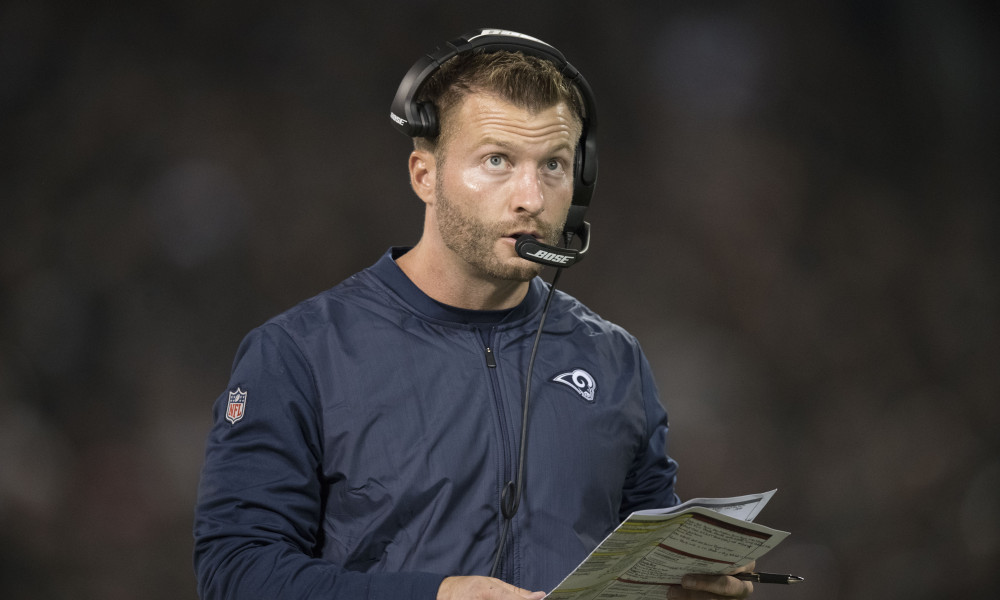 Ready to check out our 2020 Los Angeles Rams Win Total Predictions? A couple of seasons ago the Rams were in the Super Bowl.  It was hardly a great effort in the loss to the Patriots but at the same time, it seemed like this group was really just getting started.  Now it looks like this team just can’t make up its mind.  They need a strong season to prove what we saw a year ago was the start of a trend.

The thing that stood out the most from last year is how ordinary the offense was.  Three years ago the Rams were the top-scoring team in the NFL and followed that up with a second-place finish, even though they scored even more points.  Last year they were 11th.  Not terrible, just kind of ordinary.  Their point differential dropped from 143 to just 30.

The Rams had to make some changes and it started with distancing themselves from Todd Gurley.  That seemed inevitable but at the same time a painful move, financially and strategically.  They are probably just fine without him at the RB position but overall the team has less to play with than others.

The NFC West is one of the toughest divisions in the NFL…maybe the toughest.  San Francisco is a Super Bowl favourite, Seattle is always good and Arizona is improved.  That is going to make it though for a team that looks like it is heading in the wrong direction.

Akers has the potential to be a lot like Gurley.  He was highly touted before attending FSU but never quite popped.  When healthy the Rams were able to get a lot out of Gurley and I am curious how they do the same with Akers.

Floyd and Robinson have been alright but will get the opportunity to play with Aaron Donald, perhaps the best defensive player in the NFL.  That could really unlock Robinson who will be right next to him.

Floyd has been a disappointment in Chicago, seeing his sack total drop every season he has been in the league.  He is still young enough to be a more productive force in a new system.

These players have all seen better days.  Weddle and Mathews were supposed to push them over the top for a championship run but it never came to be.  They are moving forward in other directions.

I think the theme of this offseason was cutting dead weight.  Given how close the Rams got a season ago I commend them for thinking some vets might push them over the top but that has not been the case.

The Gurley signing and ultimate demise was a super public thing but they took a swing and miss.  I don’t think you can really fault them for wanting to stay in house and build around a player that had proven he could be super productive.

I really like the addition of Akers, who probably had an underrated college career given how bad FSU was when he was there.  If they get him to pop he is a first round talent.

This is going to be an interesting season of expectations for the Rams.  Did they peak too soon?  Or capture lightning in a bottle.  I am not a Jared Goff guy they are married to this guy for some time at this point.   I am not expecting more from this team this season.

The NFC West is really though.  If you are going to have a good season you have to hold home court in your division and build from there but I think all of their division opponents are capable of winning in L.A.  That is not likely to happen but just getting to .500 in the division might be a realistic goal.

Next they have the NFC East and the AFC East.  Those are two division they can get some wins from, they would likely be favoured against any of those teams if they get to play them at home.  If they are who they want to be that grouping is where they show it.

2020 Los Angeles Rams Predictions: 8 Wins & 3rd in the NFC West (Bet Now at any of our reviewed NFL Sportsbooks!)

The final two opponents on the schedule are Chicago and Tampa.  Tampa has dramatically improved their club on paper for this season and Chicago is similar to L.A., trying to recapture what they had a year ago.  When you put this team and their schedule together I think you get about a .500 club.  I am very comfortable taking the under here and banking on this team sliding a little further from a year ago.

What do you think of our 2020 Los Angeles Rams predictions? Comments are welcome below.