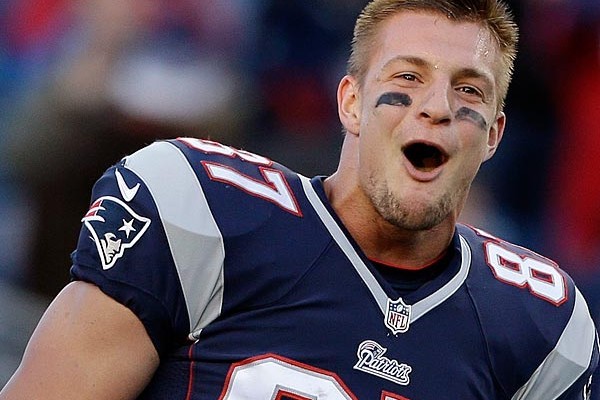 Looking for 2017 AFC Championship Predictions? Surf around no farther! Cappers Picks provides complimentary expert handicapping picks on all NFL Football matchups all season long so stay tuned for more FREE daily NFL predictions. The Denver Broncos are the reigning Super Bowl Champions, but they are not even favored to win their division this season.

Perennial favorite New England is once again perched at the top of Bovada’s NFL futures odds list to win the AFC and Pittsburgh has garnered quite a bit of attention from the betting public this past offseason as the second favorite.

The following is a closer look the Top 5 contenders to win the AFC this season along with the betting odds for the rest of teams in this conference.

The Patriots have owned the top of this futures list for the past several seasons, but they will be put to the test right out of the gate with quarterback Tom Brady suspended for the first four games.

Even a slow start will probably not keep New England from winning the AFC East, but head coach Bill Belichick has his sights set on getting back to the Super Bowl after winning it all in 2014.

It would be hard to bet against a team as motivated as the Patriots.

The bandwagon in Pittsburgh is standing room only in what many NFL experts are predicting to be a return to the Super Bowl for the first time since 2010.

Ben Roethlisberger throwing the ball to Antonio Brown is about as lethal a combination as it gets in the NFL, but Big Ben has to find a way to stay healthy.

Plus, it will help if head coach Mike Tomlin finds a way to improve a defense that was ranked 21st in the NFL last season in total yards allowed.

The main reason to bet against Cincinnati is a 0-5 record in the playoffs over the past five seasons, but that could actually be the reason why there is some solid value in these odds.

This is a make or break season for veteran head coach Marvin Lewis following those five early exits from the postseason.

The Bengals are probably the best balanced team in the AFC on both sides of the ball with an offense that can score points complementing a defense that was ranked second in the league in points allowed.

Just about everyone is giving up on the Broncos’ chances to repeat as champs with the departure of quarterbacks’ Peyton Manning and Brock Osweiler and for good reason.

With Mark Sanchez or Trevor Siemian listed as the new starter and rookie Paxton Lynch waiting in the wings, there will be just too much pressure on Denver’s defense to carry this team all the way to another AFC title.

There is a valid reason why the Broncos are not even favored to win their division this year.

Much like Cincinnati, the Chiefs are an AFC team in excellent position to take that next step towards a Super Bowl title.

Andy Reid took Philadelphia to five NFC title games in his extended tenure as head coach and coming into his fourth season at the helm in Kansas City, his team could be ready to make its first trip this year.

If the Chiefs can get another strong effort from a running game that is now anchored by Charcandrick West along with a defense that was third in the NFL in points allowed, they could have the best value on the board at +1200.

Other Futures Odds to Win the 2017 AFC Championship

Check out even more football future odds from Bovada Sportsbook

Click any of your favorite NFL Teams to lay a bet on their odds and lines for the Superbowl. (Lines will update during Superbowl Week.)

What do you think of our 2017 AFC Championship Predictions? We’ll be providing 4* free NFL predictions on the blog all season long, and check out our Experts for guaranteed premium & free NFL Football picks!

David Schwab is a regular contributor to the Cappers Picks Blog. While not cheering for his beloved Philadelphia Eagles David can be found working on his blog at www.eaglesinc.com. David wants to hear from you so please comment below.