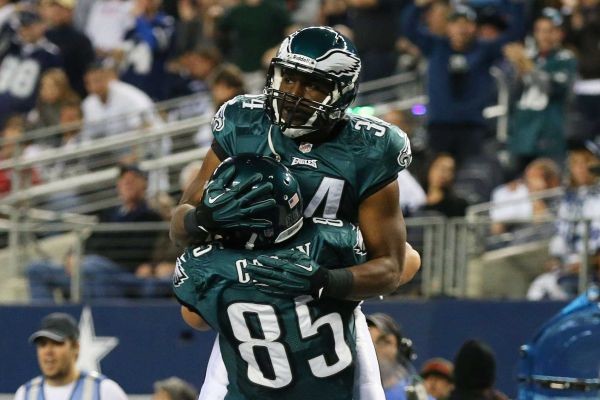 Looking for 2016 Philadelphia Eagles Predictions? We’ve got your back. With the Chip Kelly experiment going down as a failure, the Philadelphia Eagles are going back to the highly successful Andy Reid era by bringing back Reid’s top assistant Doug Pederson to be the team’s new head coach.

That’s not the only major switch in roles, as Howie Roseman, who was stripped of personnel duties when they were given to Chip Kelly gets them right back less than a year later.

The Eagles are hardly one of the league’s dysfunctional franchises – that moniker is reserved for the likes of the Cleveland Browns and Detroit Lions – but this sequence of events is a real head-scratcher – allowing Kelly to gut the roster and then kicking him to the curb.

It was an interesting offseason for the Eagles’ quarterback situation. The team still has Sam Bradford under contract, but gave Pederson-favorite Chase Daniel $7 million per year, and shipped out a ton of draft picks to select Carson Wentz No. 2 overall.

And that’s just the start of a hectic offseason. DeMarco Murray was traded away, as were Byron Maxwell and Kiko Alonso, with not much coming back in either deal, even if the moves did clear up some salary cap space.

Shipping out all the draft picks means there likely won’t be much in the way of contributions from rookies as Wentz is a bit of a project, and their only other pick in the first four rounds was guard Isaac Seumalo, selected in round three.

The re-signing of Bradford must mean he’s starting, no? He didn’t look great in 2015, but no one on the team did, really.

When an offensive guru’s team gives up on him, that’s the first unit to hit a snag, and that’s just what happened for the Eagles a year ago, with Bradford and Murray taking the brunt of the blame.

The receiving corps is headlined by Jordan Matthews and Nelson Agholor. As a rookie, the USC product Agholor was underwhelming, but he has all the raw talent necessary to be successful at this level.

A new contract for Brent Celek means he’ll continue to be part of the plans at tight end, as will Zach Ertz, who had a mini breakout a year ago.

The running back position is an interesting one for the Eagles. Murray’s gone with no true No. 1 brought in to replace him. Darren Sproles has been practicing with the first team at training camp, even if Ryan Mathews is the more logical replacement.

Rookie Wendell Smallwood’s hanging around, too.

The defense shifts from a 3-4 scheme to a 4-3 under new defensive coordinator Jim Schwartz. Schwartz has had a lot of success in creating strong defensive lines, so the transition shouldn’t be a difficult one.

There’s enough talent on the defensive line for him to get that group going, with Fletcher Cox and Connor Barwin leading the charge.

It makes sense that the Eagles brought back Pederson. The Andy Reid era will go down as one of the most successful in the franchise, but year one of the Pederson era will be a tough one.

With that said, he inherits a team that’s won 27 games over the last three seasons.

There will be some growing pains, but a run at eight or nine wins seems manageable, assuming Schwartz can get the most out of his defense in a hurry.

What do you think about our 2016 Philadelphia Eagles predictions? Please leave us a comment below telling us how you think they’ll do in the 2016-2017 NFL Season!