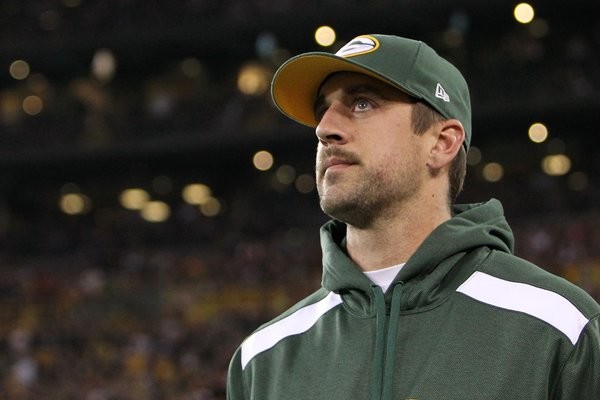 Looking for 2016 Green Bay Packers Predictions? We’ve got your back. The Green Bay Packers had won four consecutive NFC North titles before failing to do so last season. Even still, the Packers made the postseason for the seventh straight season. But with the best quarterback in the world wearing their jersey, anything short of a Super Bowl title has to be considered a failure in one of the best football markets in America.

There were a lot of injuries to deal with last season. It was very concerning when Jordy Nelson went down in the preseason and the team did little to address it.

But there was enough magic in the remaining Packers roster to force overtime against the Arizona Cardinals in the Divisional Round.

Even with Nelson going down a year ago the Packers just don’t go out and add pass-catchers, but they did that this offseason, bringing in tight end Jared Cook from the Rams, even if it was just a one-year, $2.75 million deal.

He’s an upgrade at the position. While everyone remembers the Richard Rodgers catch to beat Detroit, he wasn’t any good otherwise.

That’s a loss that would hurt other teams more than it does the Packers. Green Bay’s drafted well in the secondary. Defensive tackle and fan favorite B.J. Raji retired.

First round pick Kenny Clark will assume his role on the nose.

There were times when the Green Bay offense didn’t look all that good last season, but a lot of that has to do with the pass-catchers at Rodgers’ disposal. The return of Jordy Nelson is huge.

Randall Cobb is a useful piece, but isn’t a No. 1, so a role more suited to his talents should lead to a bounceback.

Nelson is 31 and returning from ACL surgery, so it’s risky to just assume he can return to what he was before the injury.

Fill-ins like Davante Adams and James Jones were not up to snuff, so Nelson being at full-go and offering that deep option is key.

At running back, Eddie Lacy finally showed up looking like he’d spent some time in the gym during the offseason.

The lynchpin of the Packers’ defense remains Clay Matthews, who’s done an outstanding job in making the move from star outside linebacker to reliable inside linebacker.

With that said, in today’s NFL, an elite pass rusher like Matthews is far more valuable than an inside linebacker, so the Packers are wisely moving him back where he belongs, and that’s rushing the quarterback off the edge.

That’s going to leave a hole in the middle, with rookie Blake Martinez the likely candidate to assume the role.

Matthews will partner with Julius Peppers, who the Packers are hoping can rekindle some of the magic he had when first arriving in Green Bay in what will be his final NFL season at the age of 36.

In the Aaron Rodgers era, the Packers are 80-39 with four division titles, seven trips to the playoffs, and one Super Bowl ring.

There’s just no counting this team out when he’s under center, and another strong season is in the cards for 2016.

The Minnesota Vikings will be tough, but the Detroit Lions and Chicago Bears project as pushovers once again, so this should be another year where the Packers can comfortably get to double-digit wins.

Maybe they even get to 11 or 12 with an eye on reclaiming the division crown, and then a long playoff run.

What do you think about our 2016 Green Bay Packers predictions? Please leave us a comment below telling us how you think they’ll do in the 2016-2017 NFL Season!