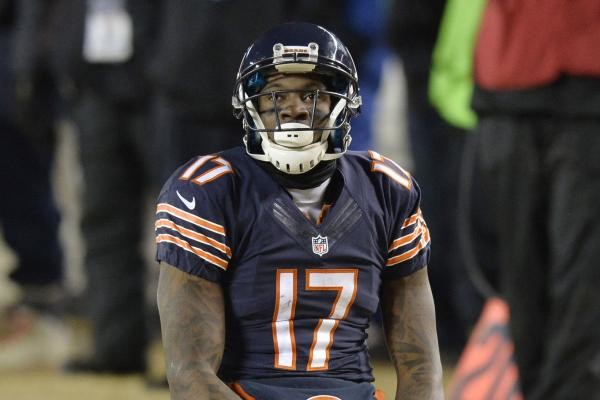 Looking for 2016 Chicago Bears Predictions? We’ve got your back. It was a very rough to the John Fox era for the Chicago Bears, who started the season 0-3 with those losses coming by a combined 59 points. Things didn’t look much better through seven games, as the team was 2-5 with wins coming by two points and the other by one point.

There were a lot of injuries, so that explains some of the problems, but the real issue was the lack of talent on the defensive side of the football, where Fox just wasn’t able to do the kinds of things he wanted with a poor group.

Surprisingly, it’s looking like the offensive side of the ball may be the bigger issue, with offensive coordinator Adam Gase leaving to become head coach of the Miami Dolphins.

A year ago he guided Jay Cutler to a 92.3 quarterback rating – his first career season with a passer rating above 90. Where those two units settle will determine what kind of year it will be in the Windy City.

Some veterans on offense were allowed to walk. Running back Matt Forte had been a staple in the Chicago backfield since coming into the league, but he moves on to the New York Jets where he’ll play his age 30 season.

Tight end Martellus Bennett wasn’t given an invite back after wearing out his welcome in Chicago.

He joins the New England Patriots where his attitude should be less of a concern.

The front office knew linebacker was a big area of concern, so they went out and signed free agents Danny Trevathan and Jerrell Freman to provide a major upgrade at the position.

Defensive end Akiem Hicks is another good addition. They weren’t able to do much to improve the secondary, but helping solidify the front seven is a good start.

Under Gase, Cutler was able to cut down on the turnovers and eliminated a lot of the high-risk passes that have defined his career.

In an effort to keep some continuity on offense, Dowell Loggains was promoted from quarterbacks coach to offensive coordinator.

The receiving corps will be headlined by Alshon Jeffery and Kevin White. How White handles what’s effectively his rookie season will be key to how the offense fares.

They need those two viable pass-catchers.

Everyone wants to hand the starting running back job to Jeremy Langford by default, but he just wasn’t very good last season.

Rookie Jordan Howard offers a lot more promise, and should be seeing the lion’s share of the work out of the backfield in short order.

The team was awful against the run last season. No team was worse. But bringing in Trevathan, Freeman, and Hicks to help out the front seven will make a major difference.

There were already some pieces there. Eddie Goldman should take a step forward in his sophomore season, and the return of a healthy Pernell McPhee will be big.

In the secondary, they need more consistency from Kyle Fuller, a former first round pick. They were able to get a decent year out of Tracy Porter last season, but asking him to repeat that is a tall order.

Adrian Amos needs to continue his development. He won’t have much competition at safety.

Fox is a good coach, but there are still a lot of pieces missing on this roster.

A regression from Cutler seems likely, particularly with some trouble brewing in the backfield. The team failed to lock up Jeffery to a long-term deal, so there could be some tension there.

All in all, the Bears should be better, but they’ll have trouble getting to .500, with six or seven wins seeming like a more likely scenario.

What do you think about our 2016 Chicago Bears predictions? Please leave us a comment below telling us how you think they’ll do in the 2016-2017 NFL Season!