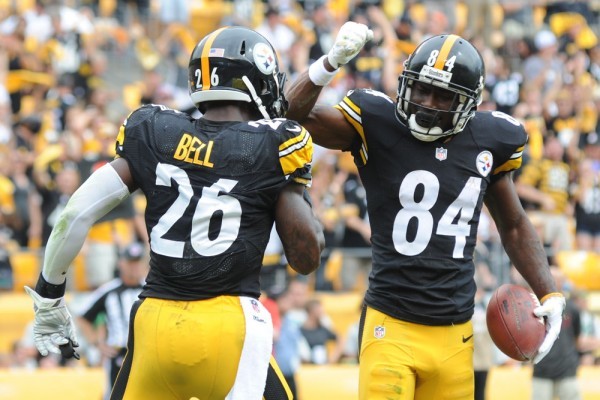 Looking for 2016 AFC North Predictions? With the preseason into Week 2, I have a tip for you. Now is the time to lock in your AFC future bets. The North’s divisional odds change every week throughout the season. Now is the chance to really steal some good odds and get yourself some value. The AFC North was a battle to the finish last season.

The Ravens could be headed for a rebuild after nearly a decade of being in the mix for the AFC North title. Joe Flacco is being paid like one of the league’s best QBs but he isn’t quite in that elite tier.

Even if he is at full health this season, he doesn’t have a lot of weapons at his disposal. Steve Smith is coming off a double Achilles rupture that was described as his doctor as looking like “shredded chicken”.

Mike Wallace’s best days are behind him and Justin Forsett has shown flashes, but it’s easy to worry about his durability with defenses stacking the box against him.

The defense has some nice pieces but lacks a true star that can strike fear in opposing offenses. E

ric Weddle was a nice veteran addition and should bring some stability to an inconsistent secondary and getting Terrell Suggs back should be a major boost, but this group is just not talented enough to compete

The Bengals should be coming into 2016 as hungry as any team in football. Playing some of the most inspired football of his career, Andy Dalton helped lead them to an AFC North title last year before he succumbed to a thumb injury that all but ended their championship aspirations.

Now healthy again, the “Red Rifle” will look to lead the Bengals back to the playoffs for the sixth straight season.

This offseason wasn’t overly eventful for Cincinnati, although they did manage to re-sign a couple of key veterans in Pacman Jones and Eric Winston.

Although A.J. Green is an elite playmaker, he will have to face additional pressure from opposing defenses after the departure of Marvin Jones.

Almost every positional unit on this team is above average and that balance and depth should allow them to go neck-in-neck with the Steelers once again in their quest to repeat in the AFC North.

Is there any NFL fan base more tortured than the Browns? Not only do they play in one of the league’s most consistently difficult divisions, but they can never ever seem to get over the hump despite years of high draft picks.

The Robert Griffin signing makes a ton of sense. While the shine has clearly worn of the former superstar-to-be, he’s a great fit in Cleveland if only for the fact that expectations are low, while his ceiling remains high.

If he can learn to harness his immense physical talents, the Browns might finally have a franchise QB on their hands. Worth noting, that is a HUGE if.

No matter how you want to look at it, this is a bad team. Arguably the AFC’s worst. Outside of a couple of Joes (Thomas and Haden), this team doesn’t possess a single elite player and it’s not like they are loaded with young talent that has yet to realize it’s potential.

The Browns will do what the Browns do. Painfully slog their way through 16 games and head home saying “there’s always next year”. At least Cleveland has the Cavs…

The Steelers, much like the Pats, always seem to be in the conversation for one of the top teams in the AFC. The offense stacks up with any in the league and should be dominant once again this season.

Ben Roethlisberger, while getting up there in years, is still one of the league’s finest signal callers and has a ton of playoff experience to boot.

Le’Veon Bell is one of the best young backs in football his backup is a proven producer who still has some gas left in the tank. Oh yeah, and they have that Antonio Brown guy. You’d have a pretty hard time arguing he’s not the best wide receiver in the NFL.

You could probably state that they have a top 5 player at each offensive skill position and not be met with much resistance.

The loss of Martavis Bryant shouldn’t be overstated and the tight end position could be a constant work in progress depending on the health of LaDarius Green, but this team will find a way to score regardless.

The defense is far from the traditional Steelers shutdown D they have been known for over the last decade, so they will have to win some shootouts. Luckily for fans in Pittsburgh, that will never be a problem with this group.

This division is always one of the most hard fought in the NFL and this season should be more of the same.

The divisional games are true battles and every point is earned the hard way. In my mind it comes down to two teams, the Bengals and the Steelers.

It’s difficult to bet against the Steelers offense, as they are consistently one of the best in the conference, but I think the Bengals depth and advantage on defense gives them the slightest of edges.

Cincinnati for the repeat.

What do you think about our 2016 AFC North Predictions? Please leave us a comment below telling us how you think they’ll do in the 2016-2017 NFL Season!

Another gambler from North of the Border. A diehard Toronto sports fan, Kellen spends unhealthy amounts of time poring through stats and owns a TV exclusively for watching sports. He's looking forward to having an outlet for his gambling knowledge and bringing you the straight goods on all things NBA, MLB and NFL.