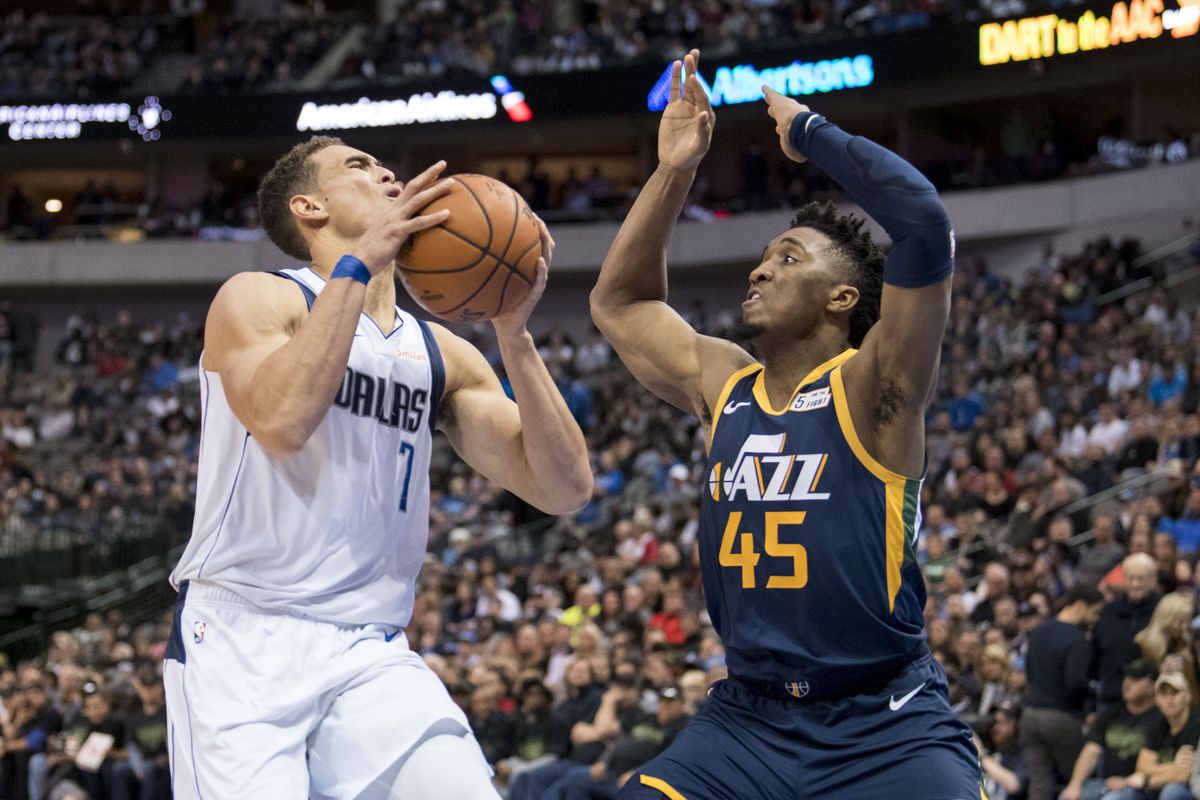 On Wednesday, February 9th, the Golden State Warriors and Utah Jazz will meet for the second of their four matches this season. Golden State won both prior meetings including January 1st (123-116) and 23rd (94-92) and will host the final match on April 2nd.

Both teams last played on Monday with the Warriors beating the Thunder 110-98 while the Jazz beat the Knicks 113-104.

Last season, the teams played three times with the Warriors taking two of the three contests. The Jazz holds the all-time record having bested the Warriors in 113 of their 193 matches

The Warriors have quietly amassed a nine game win streak while navigating injuries and re-integration of Klay Thompson. Stephen Curry is shooting the ball well again with Thompson finding his form and they look like the best bet to come of the West (sorry Suns fans).

In the win versus the Thunder Thompson delivered 21 points summoning memories of that Game 6 come back by the Dubs simultaneously perishing OKC’s hopes for another NBA Finals and Kevin Durant’s last game in Chesapeake Arena (as he joined GSW the that offseason).

The trio of Thompson, Curry and Wiggins nailed 10 of the Warriors 15 triples serving up reasons why teams should be worried about this club once Draymond Green returns.

Jonathan Kuminga is gaining invaluable experience during this run offering a thunderous dunk along with 16 points, four rebounds, and four assists. Curry (18), Wiggins (15), and Jordan Poole (11) were the other double-figure contributors.

Andre Iguodala (back) and Kevon Looney (quad) are questionable while Klay Thompson is out for rest for Wednesday. Nemanja Bjelica (back), Draymond Green (calf), and James Wiseman (knee) are out indefinitely.

After losing 11 of 13 games the Jazz seemed to rediscover their mojo winning three games in a row. But, I’m not sure if they’re truly back on track. The three wins came versus Nuggets, Nets and Knicks.

Dive deeper and Denver didn’t have Nikola Jokic or Aaron Gordon and still only lost by four points. The Nets were missing both Kevin Durant and James Harden while beating the Knicks can’t be considered a major accomplishment.

Donovan Mitchell is back but the player the Jazz really need is Rudy Gobert who isn’t projected to return for this match. That benefits the Warriors who are missing Draymond Green and have more depth and talent overall.

Rudy Gay (knee) is questionable for Wednesday. Rudy Gobert (calf) is out indefinitely while Joe Ingles (knee) is lost for the season.

With the Warriors missing Iggy, Klay, Draymond at a minimum it feels like the Jazz should have the advantage, however, the Jazz haven’t exactly feasted against the better clubs without Gobert in the lineup.

Something tells me this will be a closer game than expected particularly if the Dubs get hot from the perimeter early. The line opened with the Jazz favored by three but has dropped to 2.5 since.

I’m torn, but I’m going with my gut and taking the Warriors.