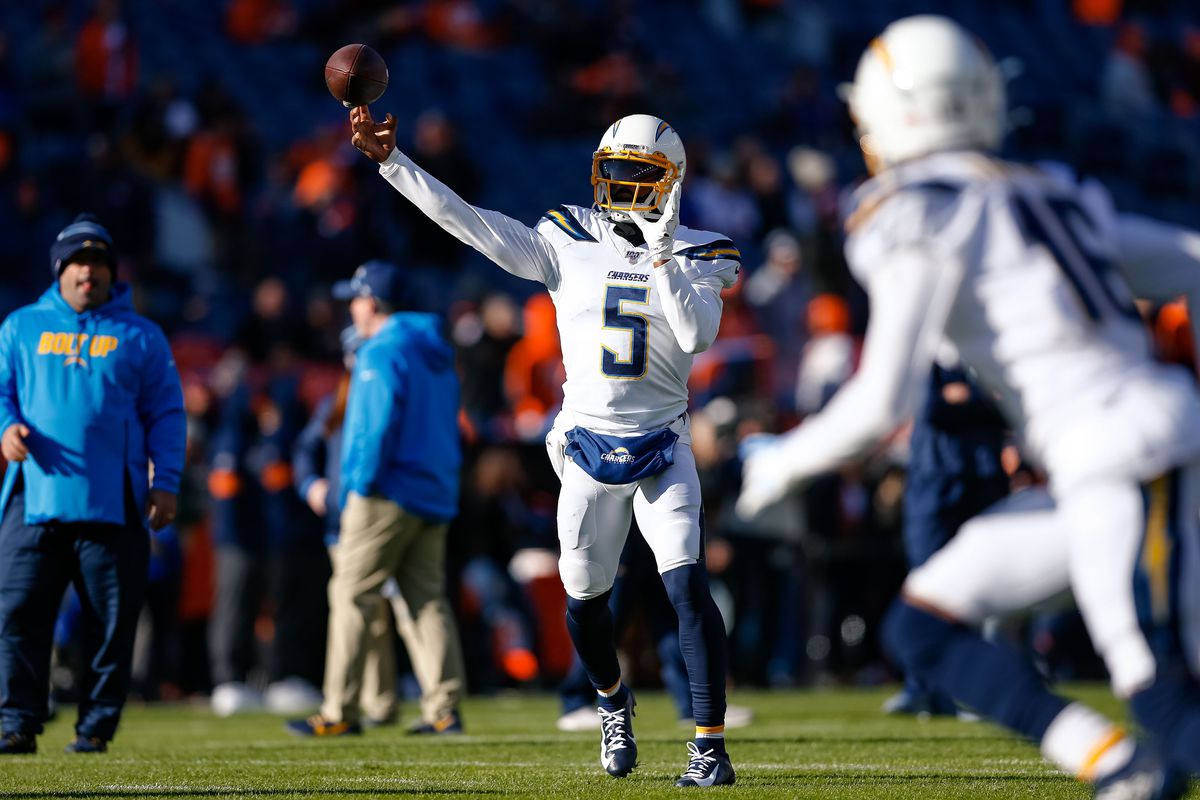 Have you stopped by Cappers Picks today looking for some Los Angeles Chargers Week 1 Starting Quarterback odds & a prediction? Phillip Rivers’ departure marks the end of a 16-year era and leaves a void for the Chargers to fill in 2020.

Los Angeles retained Tyrod Taylor, who served as Rivers’ backup in 2019, and drafted Oregon quarterback Justin Herbert high in the first round of the NFL Draft. Those are the two leading names in the prop bet as to who will start under center in Week 1 but not the only two.

Another chance for Taylor?

Taylor finds himself in the familiar situation of being the bridge guy to a franchise’s quarterback of the future.

He signed with Cleveland in 2018 to be the starter even with the Browns taking Baker Mayfield with the first overall pick in the draft. He did start but only for three games before going down with an injury. It’s expected he will start ahead of Herbert in Los Angeles, at least in the interim.

Prior to his injury-riddled season in Cleveland, Taylor started for Buffalo for three consecutive seasons and averaged close to 3000 yards passing and more than 500 yards rushing. He made the Bills competitive but not more than that.

It may not be the popular decision in Los Angeles, which is fond of its West Coast prospect but starting Taylor from the outset in 2020 appears to be the tentative plan among the coaching staff.

Getting the rookie ready

Herbert comes into his NFL career already 22 years old after having played four years at Oregon. That experience, combined with his physical frame (6’6” 235) have some believing he will be ready to start from day one in the NFL.

But the rookie had to do mini-camp virtually due to the pandemic and will continue to miss out on important in-person training for the foreseeable future as the NFL plays things safe in an attempt to simply get the regular season started on time.

That will hurt not only Herbert’s chances to start in Week 1 but other rookie quarterbacks around the league. And the longer social distancing guidelines remain in place, the less opportunity Herbert will have to build rapport with coaches and other offensive players.

Cam Newton is an interesting name on the board at 25-1. Of course, the former MVP is still a free agent and there are a number of teams reportedly interested in him, the Chargers being just one.

Whether or not he’s a definite upgrade over Taylor is a debate. Like Herbert, Newton would come into a new system green and without maximum opportunity to familiarize himself before Week 1.

But more importantly, he’s the same price to simply sign with Los Angeles in the prop board concerned with his next team.

If you’re keen on Newton landing in LA, it would be wiser to simply bet him to sign with the Chargers than to be the Week 1 starter.

It’s a big of a high price for a quarterback who is always an injury risk but Taylor has the inside track and I have little doubt he will be the guy for Los Angeles at the start of the season.

Free Picks To Your Inbox