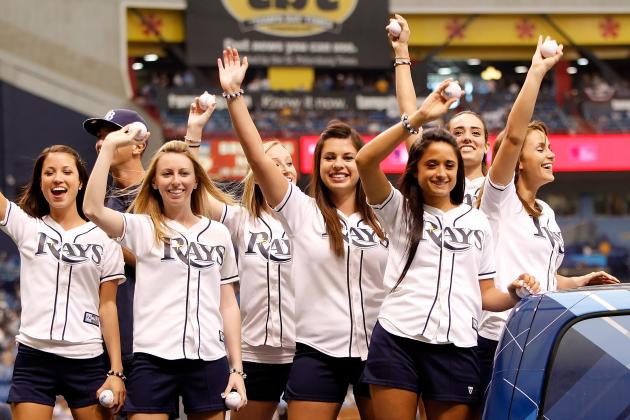 Ready to check out our 2016 Tampa Bay Rays predictions? The Rays and their shrewd, small-market ways are nothing if not pesky, and they plan to continue that trend this season.

Better health may result in a better record, even in a loaded AL East division.

Morrison is a streaky hitter but can be highly effective, especially versus righties. The move away from Seattle’s Safeco Field will help his numbers.

Conger is a switch-hitter and a patient one at that, which is important because his defense behind the plate – notably throwing out base stealers – is suspect.

Cabrera is past his prime, and the Rays can stomach the loss of Karns because of their pitching depth (assuming everyone is healthy).

Tampa will miss Jaso, however; a selective line-drive hitter that is cerebral and can play first, DH, or catch in a pinch.

There are lots to comment on here, especially in Tampa’s intriguing outfield. In left, Jennings is athletic but injury-prone, he only played in 28 games last year due to a knee problem.

In right, Souza is a specimen and could evolve into a really good ballplayer if he can eliminate a hole in his swing and cut down on the corresponding strikeouts.

At 6″4 and 225 lbs, he looks the part if nothing else. In the middle, Kiermaier is in competition with Toronto’s Kevin Pillar and KC’s Lorenzo Cain for the mantle of best defensive outfielder in the American League.

His offense is rather underwhelming, though.

He is durable, but is striking out more on bad pitches and also being affected by nagging wrist injuries, which may be robbing him of power.

Forsythe was a very nice surprise for the club at second in 2015, while first baseman Loney has almost no power anymore – rather crappy for a corner infield spot.

It’s a good thing his deft glove bails him out.

Archer is a gem and a bona fide No. 1, thanks to his competitive spirit and lethal slider. He throws the pitch more than any starter in baseball, for good reason.

Moore was out last year recovering from Tommy John and Drew Smyly was battling shoulder soreness, so improved health will make a big difference to this talented starting five.

Tampa always seems to have starting pitchers. If anyone does go down, lefty Blake Snell is ready to step in, thanks to his excellent fastball/changeup combination.

Boxberger recorded an AL-high 41 saves last year, though his peripheral numbers weren’t great. He got bombed in September, which is a telling sign.

Lefty McGee could always seize the high-leverage role, thanks to his heavy 97 mph fastball.

The ‘pen also includes scrappy righty long man Andriese and Alex Colome/Enny Romero, who both have the stamina to be spot starters.

Every year, Tampa Bay must grapple with the fact that its payroll is much smaller than divisional rivals New York, Boston, and even the ascendant Toronto.

Their home stadium, Tropicana Field, is also garbage, so these factors – along with the excessive Florida summer humidity – make Tampa a less-than-stellar free agent destination.

Yet, somehow, the Rays are always in the mix.

If everyone stays healthy in the rotation and Longoria has a bounce-back campaign, I predict the Rays will finish fourth, in front of only Baltimore.

If those two variables don’t happen, they could finish in the division’s basement. It speaks volumes that a club with so many effective major leaguers on it has a grim outlook.

The AL East is a kick-ass division once again.

What do you think of our 2016 Tampa Bay Rays predictions? Comments are welcome below.