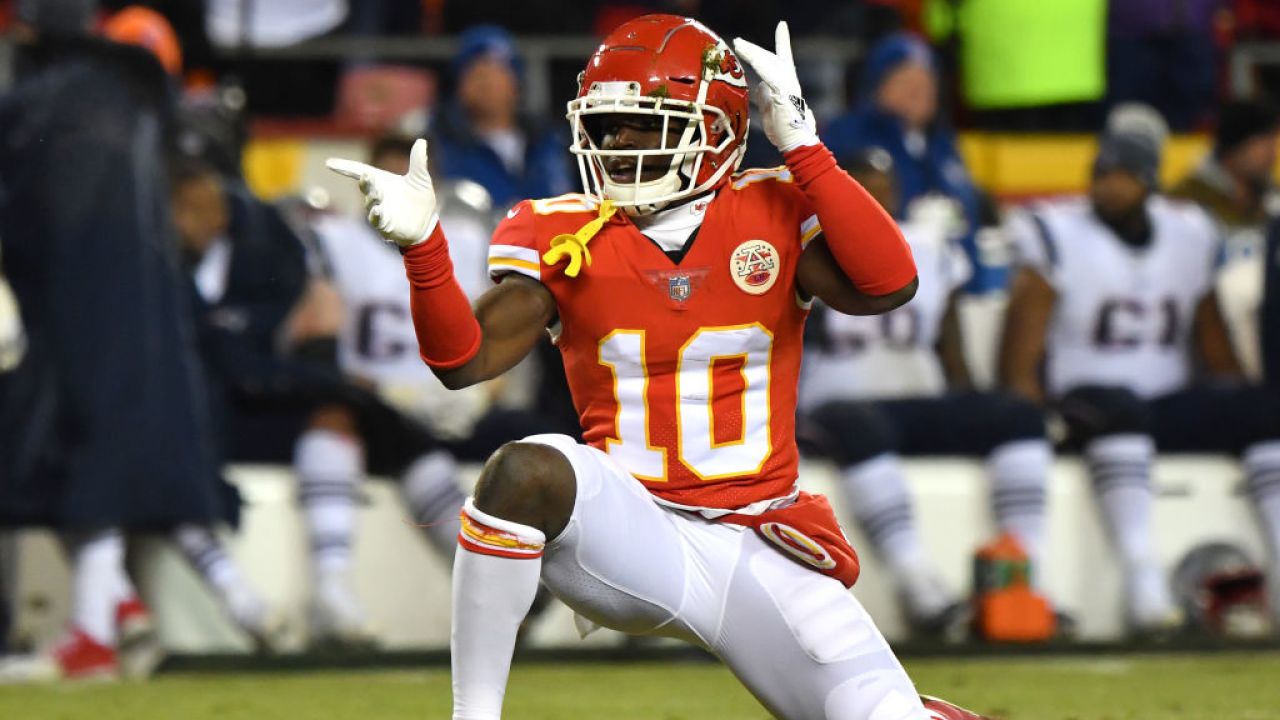 The Titans knocked off the defending Super Bowl Champion at Gillette Stadium in the Wild Card Round and then more than doubled-up the top-seeded Ravens on Saturday.

Could a run through the conference and into the Super Bowl be any better than Tennessee’s if it manages to beat the Chiefs on Sunday?

Again, the oddsmakers have made it more than a touchdown underdog. What’s worse, this handicapper leaned New England (-5.5) and Baltimore (-9.5) the last two weeks. Frankly, he didn’t have much a feel in either spot; nor does he in this one.

Tennessee is on full confidence; that much is a fact. And it’s got a defense that’s given up twenty-five points in two road playoff games. Derrick Henry is a wrecking ball.

But the Chiefs will match its confidence. How could they not after coming back from down 24–0 on Sunday to win by twenty points?

Kansas City can hit you fast and it can hit you hard; and once it hit Houston, it didn’t stop. The Chiefs scored three touchdowns in less than four minutes to cut the lead to three and took the lead with a fourth touchdown in the final minute of the first half.

It all started with Mecole Hardman’s kick return that fired up everybody wearing red in Arrowhead Stadium. He only took the ball eight yards across midfield and the Chiefs were down 24–0 at that point but it was almost as if players and fans alike decided right then and there that they were going to win that game and it was also as if the Texans felt it right away.

And Houston melted away quickly from there. It’s hard to imagine a single score in this game coming as easily as any of Kansas City’s seven touchdowns from Sunday.

Travis Kelce, who you might have heard had a big game in the Divisional Round, pulled a hamstring and finished the game on adrenaline. It must not be feeling so great on Monday morning and won’t feel great on Sunday. He’ll play because that’s what he does but he won’t run wild.

Sure, Kansas City looked unstoppable in the last forty minutes against Houston but the Texans were equally terrible. What Tennessee has done lately has been far more impressive, to this handicapper at least.

The Divisional Round was a little cuckoo but the AFC Conference Championship will be a reality check. It’s two complete and confident teams squaring off for a trip to the Super Bowl. Scores won’t come easily and it will be close at the end.

Tennessee’s balance gives it a great shot. And unlike Houston, it won’t crumble. The Chiefs are going to have to come out and be better than the Titans because Tennessee isn’t giving anything away for free.

That’s the sort of side you have to love with a full seven, plus the half.

Weigh in! What are your thoughts on the #NFL matchup in the AFC championship between the #Titans and the #Chiefs ? Who covers?