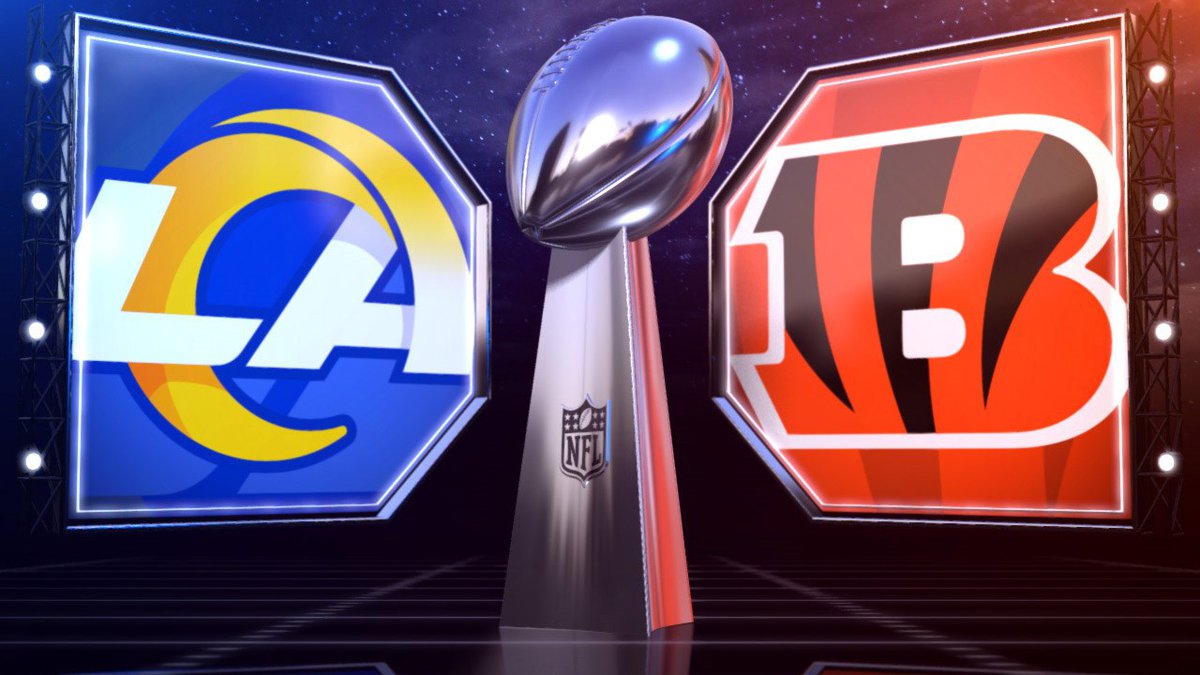 WHAT IS UP EVERYONE!? Are we ready for the biggest game and betting weekend of the year!?

As Super Bowl LVI approaches let’s take a look at all the trends, stats and data to figure out how these two teams matchup, and which side we like. I definitely like most of you I assume leaned a certain way when I saw this line open, but I am going to do my best to set aside my biases.

This game just from the jump has a lot of premier matchups at different positions as a football fan I cannot wait to see for example Bengals rookie WR Chase vs. Rams veteran CB Ramsey. As a bettor though, I have a healthy amount of caution laced into my decision making.

The biggest thing that comes to mind for all of us immediately is this Bengals offensive line going against this Rams defensive line that is probably the scariest and best in the entire NFL. Also, the Bengals despite beating the Chiefs in the last game never gave up on running Mixon on first down and he was not productive in doing so.

If the Rams play tight run fits while rushing Joey all day we can easily see how this could be a long day for Joey Cool and the gang.

The line also opened at -3.5 for the rams and has jumped around a lot in the last few days. So with all the above information in mind, and the lines set for now let’s dig deeper in this one and see what we like.

The Bengals have definitely had their struggles this season with their offensive line as mentioned before, if they do have a glaring weakness that is most certainly it.

In the Tennessee game Burrow was sacked 9 times and had virtually no clean pockets to work with all game long. Despite this, he still managed to throw for 348 yards and grind out a victory won off the boot of rookie sensation kicker Evan Macpherson.

Joe Burrow has been phenomenal in his first full season. This young core does not seem to notice how big these moments are, feel any nerves, or they at least know how to stay poised when going through them which is something we expect from veteran players and teams.

In their most recent outing, they put together an 18 point comeback against the Chiefs in Arrowhead stadium against the most prolific offence of this generation and they did so while holding said unit to a field goal in the second half after withstanding a barrage of never ending points in the first.

Now more specifically this team, although passes the eye test with flying colors, has some relatively inefficient analytics. They allow 353.9 yards per game to opponents good for 20th in the league, they allow 5.6 yards per play and they also allow 41% conversions on 3rd down.

That being said, they are still in the black on the other side of the ball by being better in all of those metrics on offence. They are 8th in the league with 5.8 yards per play and have an expected points per play of 0.430.

The Rams on the flip side are a seasoned team with plenty of experience in the playoffs with some of the core remaining from their last trip to the big game. Some new editions to this stage of the playoffs are newly acquired wide receiver Odell Beckham Jr. and their huge off-season acquisition, veteran QB Matthew Stafford.

The big story being talked about as of now though is this Rams defence and how they match up against this young Cincinnati team more particularly, that front 7 versus the the poor offensive line the Bengals are deploying.

On Jimmy G’s first drive of the day in the conference championship game, on third down he threw a pass that sailed high and out of reach for George Kittle who was wide open for an easy first down. At first, it’s easy to blame Jimmy for a bad throw (which it was to an extent), but upon reviewing the tape again, you’ll see that Aaron Donald despite being triple teamed off the blocks gets inside his pocket anyway and disrupts his throwing platform.

This man is still widely considered one of if not the very best players in the league on either side of the ball. To add to that, this rush still has Von Miller and Leonard Floyd rushing the passer alongside him.

The Rams are no slouch on offence either. They are a hair above their counterparts in this game in expected points per play, points per game and yards per game.

Where they lack some consistency especially at the tail end of their campaign is interceptions thrown %. They rank 21st in the league with an average 2.68% of plays resulting in interceptions.

Although not the worst in the game, and although that number seems small it is actually quite concerning. For comparison the number one team in this metric, the Green Bay packers are 1.13%.

Stafford has some issues throwing turnover worthy plays during crucial moments in prime time, hence the memes dating back to his days in Detroit. I am not suggesting he is bad at all, I think Stafford is a great quarterback but it is interesting food for thought to keep in mind.

The key for me in this game is believe it or not, the Bengals defence. Forgotten in all of this discussion hyping up Super Bowl week is that defensive coordinator Lou Anarumo came out after half time in Kansas City with the most impressive set of adjustments I have seen all season.

They started rushing only three on Patrick Mahomes, employing a spy and some more difficult man coverage shells to completely break up his rhythm. he went from a near perfect quarterback rating in the first half to literally zero.

The Rams as I said are a very dynamic offence, not taking that away from them whatsoever. But do they present any unique challenges that the Bengals are either not prepared for or, can’t make adjustments for?

The answer is a resounding no for me. This Rams team as we’ve seen in the research is one that has a concerning amount of turnover worthy plays just as a result of some poor decision making as it is.

So I am extremely confident that Lou and his guys who forced Mahomes, the best quarterback in the world, into throwing two picks can get Stafford to some of the same.

Give me the Bengals and the points all day long here!

Happy Super Bowl to you all and good luck. I will continue to monitor the line and update as needed.

If you’re looking for more NFL picks like this Cincinnati Bengals vs. Los Angeles Rams matchup we’ll be providing 4* free NFL predictions on the blog all season long, and check out our Experts for guaranteed premium & free NFL Football Picks!