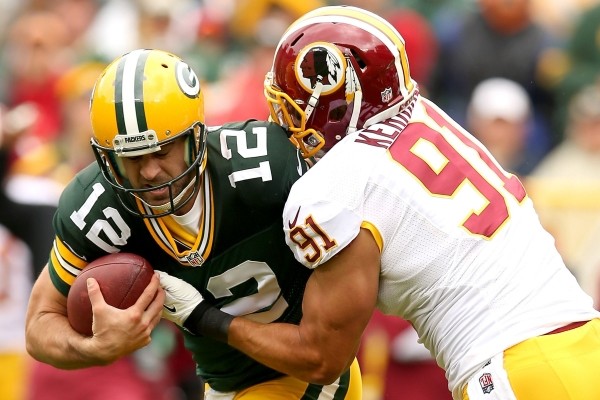 Week 2 of the NFL Preseasons features a matchup between the Steelers and Packers that could legitimately be a Super Bowl preview.

No, we’re not going to see full rosters compete, so putting too much into what we see isn’t the brightest idea. But both teams—barring significant injuries—will open the official year sitting on 20/1 odds to win a title, the fourth-best odds in the league (tied with the Minnesota Vikings, who are also 20/1).

The Pittsburgh Steelers opened the preseason last week with a nice 31-14 win over the Super Bowl champion Philadelphia Eagles. The Steelers got a nice showing at the quarterback position from Mason Rudolph, Joshua Dobbs and Landry Jones.

Rudolph went for 101 yards on 7-of-12 passing with no touchdowns, Dobbs completed nine of his 13 tosses for a touchdown and Landry Jones went a perfect 4-of-4 passing while collecting 83 yards and a score through the air.

On the ground, nobody stood out, but seven players got touches. Fitzgerald Toussaint was the only player to reach the end zone in this category, going for a total of one touchdown and 29 yards on seven carries.

Brett Hundley threw a pick in Green Bay’s Week 1 Preseason win over the Tennessee Titans, but he had a nice showing overall.

“I think for me this year, the anticipation, it’s the understanding, it’s the game slowing down, so things are a lot easier,” Hundley said, per the Associated Press (h/t ESPN).

The main thing to keep an eye on in Week 2 is how Hundley plays in comparison to DeShone Keizer. Keizer also had himself good showing in Week 1’s 31-17 victory.

The two will play with motivation in Week 2, as the further we get into the preseason, the better idea we have of which one will earn the backup role behind MVP candidate Aaron Rodgers.

This game has potential to be the best matchup of the Week 2 NFL preseason. Hence why it’s the only nationally televised game of the Thursday slate (ESPN).

Expect a close game here that could really go either way. But if you’re looking for a call, look no further than the quarterback battle in Green Bay that’s going to drive the team to a close victory as the two players fight for rotation position.

If you’re looking for more NFL preseason picks like this Pittsburgh Steelers vs. Green Bay Packers matchup we’ll be providing 4* free NFL predictions on the blog all season long, and check out our Experts for guaranteed premium & free NFL Football picks!