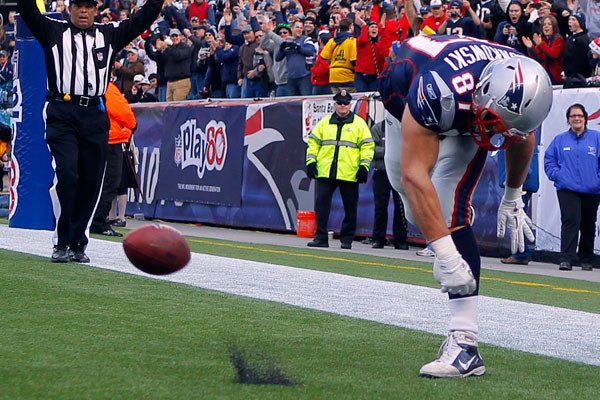 This game won’t be nationally televised, but plenty should tune in Thursday night as this contest won’t lack storylines.

The Eagles aren’t focusing on this contest as a rematch. When asked if his team would come into Gillette Stadium with a bit more confidence or swag, head coach Doug Peterson said, per Alexis Chassen of SB Nation, “I don’t know about all that, but all I know is it’s a pre-season game. Again, just [a chance] to evaluate our guys.”

Last week, in the first outing of the preseason, Philly dropped a contest to the Pittsburgh Steelers, 31-14. Goedert was a bight spot, however, as he caught two passes for 44 yards.

There’s a good chance Goedert sees significant action both this week and this season as the No. 1 tight end.

There’s no word yet as to whether or not Tom Brady or Rob Gronkowski will play in the Patriots’ Week 2 preseason contest against the Eagles. You’ll want to keep an eye on their status ahead of the game, but even if the two do play, don’t expect them to complete many reps.

Against Philly, New England is bringing in plenty of momentum after their 26-17 win over the Washington Redskins.

Brian Hoyer struggled against Washington’s starters but put together a nice contest in the second half once the reserves took the field.

Expect a similar narrative to form in this one.

Super Bowl rematches are always fun, but the allure of the matchup is obviously dimmed a bit when it’s the preseason and numerous starters aren’t taking the field.

If Brady and Gronk make appearances early in this contest, that will help quite a bit. Just don’t expect this to have the feel of a true rematch regardless of whether they play a little or don’t play at all.

This one will be decided in the second half when guys are out to prove they belong in the rotations.

If you’re looking for more NFL preseason picks like this Philadelphia Eagles vs. New England Patriots matchup we’ll be providing 4* free NFL predictions on the blog all season long, and check out our Experts for guaranteed premium & free NFL Football picks!