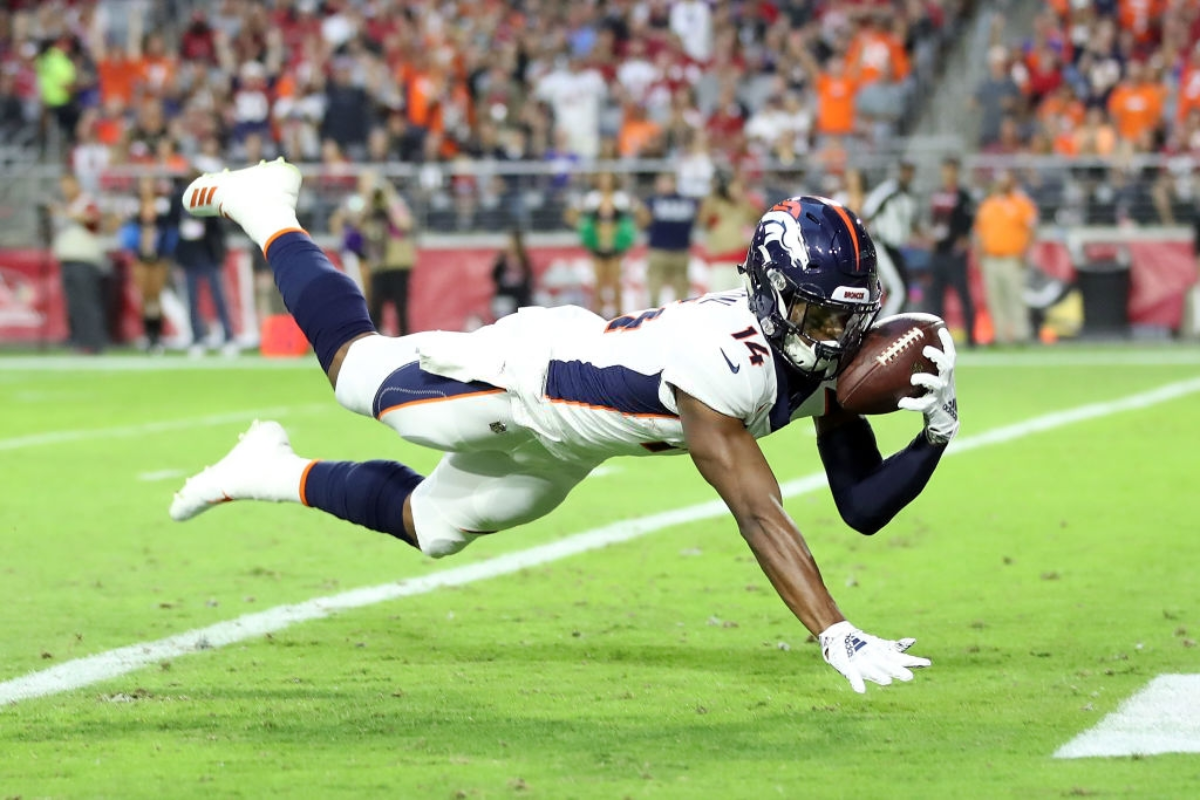 The Philadelphia Eagles will travel out West to Mile High City to take on the Denver Broncos this Sunday afternoon. The inter-conference matchup will be between teams trending in opposite directions.

The Eagles remain in 2nd place in the abysmal NFC East division with a 3-6 record. Philadelphia has dropped 3 of their last 4 games with their lone win coming against the winless Detroit Lions.

The Broncos snapped a 4 game losing streak with back to back wins including a dominating 30-16 win over the 6-1 Dallas Cowboys on the road this last weekend.

Philadelphia’s season has been a disappointing one for Eagles fans as the team ranks among the bottom of the league. The silver lining for this season is the team’s high draft capital which currently gives the Eagles 3 selections in the top 14 picks for the upcoming NFL draft.

Philly was dealt the challenge of the AFC West leading LA Chargers last weekend. The Eagles held a 17-16 home lead entering the 4th quarter but were unable to hold on late. Justin Herbert and the Chargers took the ball back with over 6 minutes remaining and chewed the entire clock with clutch conversions before kicking a GW 27-yard field goal.

Jalen Hurts had another serviceable game as the second year quarterback finished 11/17 passing for 162 yards and a touchdown. Hurts also carried 10 times for 62 yards on the ground. Rookie Wide Receiver DeVonta Smith accounted for nearly all of the teams passing production as he finished with 5 catches for 116 yards and a touchdown.

The loss was a backbreaker for the Eagles as a win would’ve placed the team as the first team out of the playoff picture but they are now 4 spots back. Luckily for Philadelphia they have the 3rd easiest schedule remaining of all NFL teams due to their terrible division foes the Washington Football Team and New York Giants.

Denver’s season has been up and down as the Broncos were dealt an easy opening schedule and started 3-0. They then dropped their next 4 games against stiffer opponents and fell back to the bottom of the division. Fast forward to Week 10 and Denver is in the midst of a heated AFC West race with every team above the .500 mark.

The Broncos were at a breaking point last week as they sat at 4-4 and had to travel to play the NFC best Cowboys while their division counterparts had easier matchups against NFC East teams.

Denver answered the call as they jumped out to a 16-0 halftime lead before expanding the deficit to 30-0 before letting their foot off the gas and allowing garbage time scores. Teddy Bridgewater was solid and finished 19/28 for 249 yards and a touchdown. Rookie Javonte Williams had his best game with 17 rushes for 111 yards on the ground.

This is a tough game to find and edge on as both teams can be unpredictable. I’d give the advantage to Denver for now as they have been playing better as of late and have found a defensive identity even without star pass rusher Von Miller who was dealt at the trade deadline.

I like Denver to win in a close game and just cover the small spread.

If you’re looking for more NFL picks like this Philadelphia Eagles vs. Denver Broncos matchup we’ll be providing 4* free NFL predictions on the blog all season long, and check out our Experts for guaranteed premium & free NFL Football Picks!