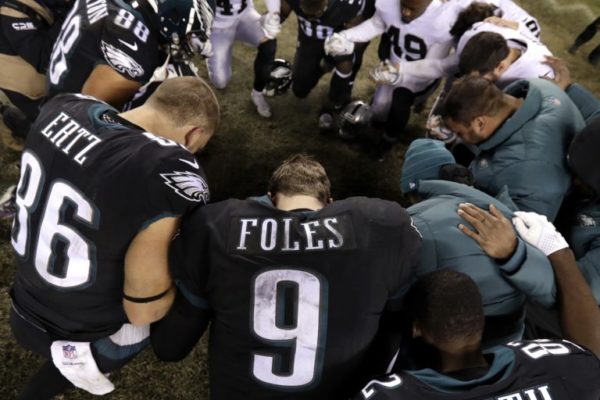 You’ve come to the right place for Philadelphia Eagles Superbowl LII Odds To Win. The Philadelphia will be taking their underdog show to Minnesota to take on the defending champion New England Patriots in Superbowl LII. This is a rematch of Super Bowl XXXIX and boy how the times have changed.

Back then the Eagles were led by quarterback Donovan McNabb, wide receiver Terrell Owens and head coach Andy Reid. McNabb and Owens have since been retired while Reid is coaching the Kansas City Chiefs.

On the other side of the ball, Tom Brady was the quarterback while Bill Belichick was the head coach as they both sought to seek their third super bowl win in four years.  I wonder what happened to them? Oh, right.

Well, I suppose the saying ‘the more things change, the more they stay the same’ applies, in this case.

The Philadelphia Eagles were the best team in the NFC all year long. They earned the number one seed and even without Carson Wentz  they proved it yet again in January as home underdogs versus the Atlanta Falcons and the Minnesota Vikings.

So, they’ll comfortably embrace the underdog role yet again as the team travels to Minnesota.

Nick Foles doesn’t have to be the man. All he has to do is manage the game. Which he has done perfectly thus far. Now, that’s easier said than done, but it helps when he isn’t facing a constant pass rush – which he isn’t seeing thanks to that offensive line.

He’s able to quickly get the ball out and when he has to buy a little time in the pocket.

It’s going to be difficult for the Patriots to not only stop the rush with their front, but also to generate a pass rush without blitzing.

The other core strength of this Eagle team is their defensive line anchored by the All-Pro defensive tackle Fletcher Cox. There aren’t many defensive players that can severely impact a game, but Cox is one of them.

Cox along with the rest of that great and deep defensive line can impact a game and whether or not they win or lose hinges on how they perform.

The key to beating Tom Brady and the Patriots is no secret; your front four needs to make Brady uncomfortable.

Obviously much easier said than done. If you can pressure Brady with just four pass rushers you are well on your way, but you need to do that for sixty minutes and possibly more.

The Atlanta Falcons found out the hard way that you need to keep the heat on for sixty plus minutes. Jacksonville, last week, was able to do it, but they had a depth problem.

The Eagles have a fierce pass rush as well, but they are very deep and that might end up being the key to victory.

Keeping the likes of Fletcher Cox, Brandon Graham, Chris Long, Vinny Currey, Derek Barnett, and Timmy Jernigan all fresh like they have been all season will be their path to victory.

It’s no secret that Nick Foles is the weak link on this Eagles team. He’s done a great job thus far including last week where he torched the vaunted Vikings defense.

He’s a nice, solid, veteran quarterback. If you boil it down to Tom Brady vs Nick Foles, it’s a no contest, obviously. Luckily, for the Eagles, it isn’t and all they need from Foles is to not make any mistakes. Just be consistent and make a big play here and there.

A key third down conversion here and a couple of first downs there to keep a drive alive and keep the Patriots offense on the sideline, that sort of thing.

If you’re looking for more Superbowl LII picks like this Philadelphia Eagles vs. New England Patriots matchup we’ll be providing 4* free NFL predictions on the blog all season long, and check out our Experts for guaranteed premium & free NFL Football picks!