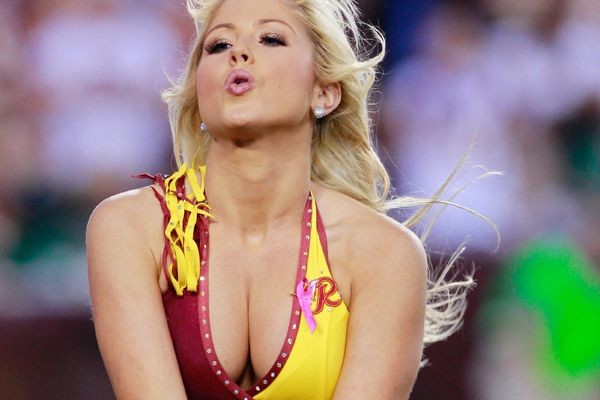 This Week 2 matchup all of a sudden comes with a whole lot more intrigue than most initially expected.

During their first joint practice, the two sides lost their cool and came to fisticuffs on the field. It was a legitimate brawl between the two sides, as a reported 40 players were involved, and the fight tumbled into the crowd as a result.

Will calmer heads prevail when the game actually begins? Time will tell. But what we know right now is that there’s much more of a reason to watch this contest, whether you choose to put down your hard-earned dollars on the outcome or not.

The New York Jets officially have a quarterback competition.

In Week 1 of the 2018 NFL Preseason, Sam Darnold showed why many considered him to be the best QB in the draft despite Baker Mayfield going first overall to the Cleveland Browns. As The Associated Press wrote (h/t ESPN), “The 21-year-old Darnold showed the poise of a veteran on the drive while completing six straight passes to get to the Falcons 3. He would’ve had a seventh consecutive completion, but his throw into the end zone was dropped by Johnson.”

But Darnold wasn’t the only one to earn respect from Jets fans. Teddy Bridgewater was the starter against the Atlanta Falcons, and he tossed for 85 yards and a touchdown (Darnold also completed a touchdown through the air) while completing seven of his eight passes.

Odds are, if Darnold continues to show maturity in his ball control and the ability to stay calm under pressure, he’ll be the starting come Week 1 of the season.

But don’t count out Bridgewater just yet. This Week 2 preseason matchup will give us a better idea of whether or not he can win the job despite the allure of a shiny new quarterback in Darnold earning the majority of the headlines.

The Washington Redskins lost a football game in Week 1 of the preseason, but they lost so much more than that with a crucial injury in the process.

Derrius Guide, a second-round pick this offseason out of LSU, completed a 34-yard run and tore his ACL in the process. It’s a brutal loss for the Skins, which was made worse by the fact that the team also lost tight end Manasseh Garner to an ACL tear as well.

The goal in this game is to get out alive and without any significant injuries. Washington has a much better draw in the Jets than the Patriots, who they played last week, but with health and morale on the line, getting a win isn’t nearly as important and staying healthy.

With the Jets coming off an exciting Week 1 of the preseason and both Darnold and Bridgewater looking good, there’s little reason to think they won’t follow it up in Week 2.

Give this one to the Jets by a convincing amount.

If you’re looking for more NFL preseason picks like this New York Jets vs. Washington Redskins matchup we’ll be providing 4* free NFL predictions on the blog all season long, and check out our Experts for guaranteed premium & free NFL Football picks!