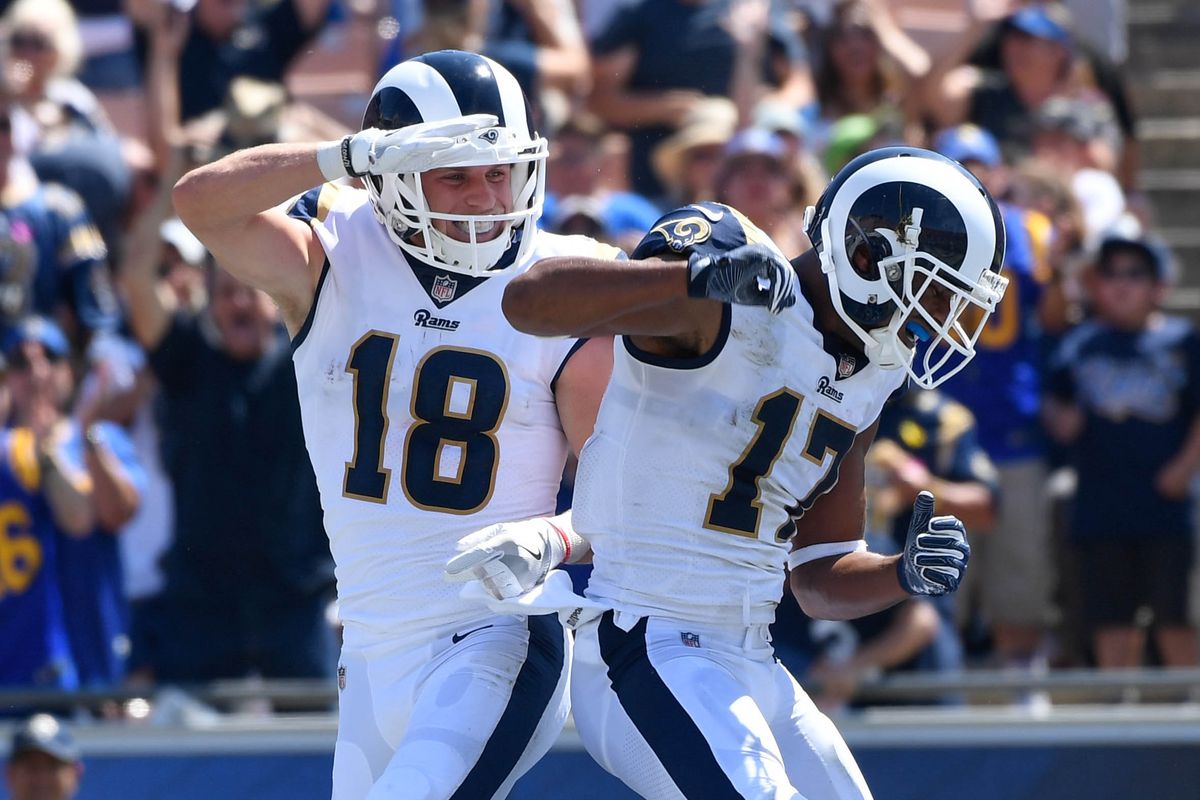 The Rams are coming off a tough loss to Buffalo, a game in which they fought back only to lose very late in the ball game.

The Giants could not take advantage of a weakened San Francisco team and are searching for their first win of the season.

Unless the Rams are totally flat this looks like an easy rebound spot at home.

The only good thing about being 0-3 in the NFC East in 2020 is that you are only one game behind the division leaders. So while that might normally be a death knell the Giants can legitimately have a little optimism even though they have not won a game.

All week last week the narrative was how the Giants would be able to take advantage of a San Francisco team with a slew of injuries but that was not the case. The Giants’ performance was pretty ugly in a 36-9 loss.

With Saquon Barkley out they threw Devonta Freeman out there and he gave them nothing, validating why the Falcons passed on giving him big bucks.

It was probably not all his fault as Daniel Jones and the passing game hardly put much fear into the 49ers defense. New York had two pass plays longer than 20 yards for the game.

New York’s defense is just as much a problem as the offense. The gave up more than 300 yards passing to backup Nick Mullens. It is hard to see how the Giants get wins right now, or even stay competitive really.

The Rams lost at Buffalo on Sunday. They were not favoured and ultimately did not cover but those results only tell a small part of the story. The rest is that they fought back from a large lead only to fritter the game away late. A result that can stick with a team.

There were still many positives to take from the game. I think the greatest is that they seem set at running back now with Darrell Henderson. He has good burst and the way he fights for positive yards helped get the team out of their funk.

Aaron Donald was a monster yet again. He had a couple of sacks of Josh Allen, who is one of the hardest quarterbacks to bring down in the league. He kind of willed them back into the game with his play.

However, no matter how good he was you are not going to win too many games in which you give up 35 points. The Rams defense has to be better on the whole.

This looks like a perfect game to work on some stuff. Based on what we have seen the Rams should be able to patiently work over the Giants

This is a huge number of points to give up in an NFL game but I don’t see how the Giants are going to score against the Rams. They only got 9 last week and that was at home against a SF team that was down all of its starting defensive linemen. Now they have to take on Donald and Co., it could be ugly. Awesome teaser potential here too.

If you’re looking for more NFL picks like this New York Giants vs. Los Angeles Rams matchup we’ll be providing 4* free NFL predictions on the blog all season long, and check out our Experts for guaranteed premium & free NFL Football picks!