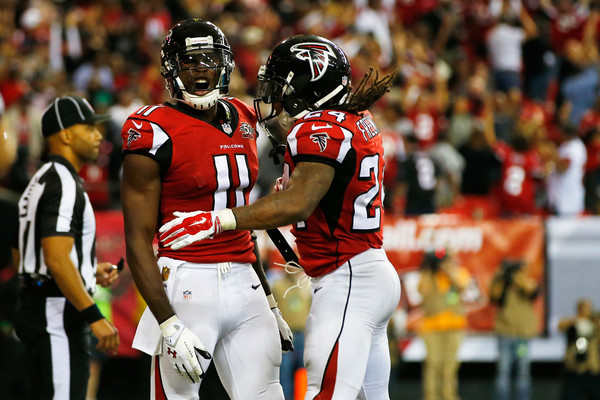 We have reached week 7 of the NFL season and this is a huge NFC showdown that could have a big implication when the playoffs roll around.

In this game the Los Angeles Rams and the Atlanta Falcons face off at Mercedes-Benz Stadium on Sunday. The Rams are favored by 3.5 points.

The Los Angeles Rams got out to a quick start to the season winning their first three games including a big win over the New Orleans Saints and there was talk about Super Bowl again.

Since the first three games everything has switched and they have lost three games in a row. The first two games it was the defense that was the issue including against the Buccaneers which they gave up 55 points.

In their last game against the San Francisco 49ers it was the offense that struggled as they put up only seven points.

In that game Jared Goff really struggled to throw for only 78 points and that has shown what one of their biggest issues has been.

Goff has been really up and down this season and if they want to win this game Goff is going to need to play a really good game. He is going to have a good chance to have a big game and he needs to make it happen.

On the other side of this matchup is the Atlanta Falcons who have struggled and Dan Quinn is lucky to still have a job at this point.

They are currently sitting with only one win and that was in week two against the Philadelphia Eagles. Since that point they have lost four straight including a loss in their last game against the Arizona Cardinals.

The Falcons scored a late touchdown against the Cardinals but Matt Bryant missed the extra point and that led to a one point loss.

The offense hasn’t been the issue this year, the biggest issue has been the defense. They are giving up 31 points per game which is 31st in the league.

In this game they are facing Goff who has proven he can run up the score, and they don’t want this game to get into a shootout.

This total is high sitting at 53.5 but that isn’t scaring me off the number, there is nowhere else to go but with the over.

The Falcons have a good offense and a terrible defense. Both of these teams are going to run up the score, and that should lead to an easy cover of the over.

If you’re looking for more NFL picks like this Los Angeles Rams vs. Atlanta Falcons matchup we’ll be providing 4* free NFL predictions on the blog all season long, and check out our Experts for guaranteed premium & free NFL Football picks!