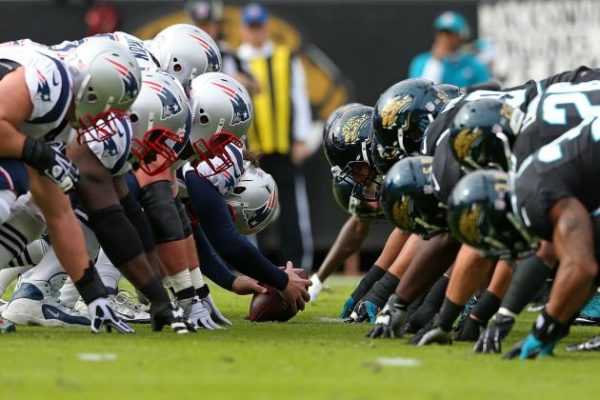 The Pats are in the AFC Championship game for the seventh season in a row.

Their win over Tennessee was about as predictable as could be. Their opponent this week is not.

Jacksonville got out to an early lead and held on against Pittsburgh. It was exciting.

I know people would probably say the Steelers lost the game but give Jacksonville some credit.

In all the scenarios I thought Jacksonville might win I never once saw a score in the 40s. It was a very interesting and entertaining game that moves them on the next ground.

The week prior the Jags won in spite of QB Blake Bortles but in this one he was front and center. They needed him and he played well. He can actually do that.

They also need Leonard Fournette. He was a it of a monster for enough stretches in the win to push them along. They are going to need to prove he can have big games against teams other than Pittsburgh in this one.

Bortles takes a lot of the blame but I do think it should be noted that the receiving corps of the Jags is nothing special. They are not helping him out or saving his ass.

They will need one member of that group to really step up in this one. Just to make a big play so they stay within themselves in terms of time and score.

All season long the Jacksonville defense has been really good, especially against the pass. The Steelers torched them! Though they did make some big plays and bring the heat on Big Ben. When you score and create short fields for your offense that is the sign of a good and opportunistic defence.

I have to admit that this game was the most I had seen of the Jags this season. This is a very fast defense but they are going to have to play even smarter this week.

The Jaguars have been a very nice story all season long. If they can continue it all the way to the Super Bowl it would be a shocker.

The Patriots were essentially unchallenged in their win against Tennessee last weekend. It was far from unexpected as the Titans really only played one good half of football the week before against Kansas City.

I suppose if you want to nitpick you can look at the Patriots slow start but once they got going the game was over quickly. New England scored 35 straight points in one stretch.

There were some interesting numbers from the game against Tennessee. Danny Amendola had the most targets of any Pats receiver and responded with his first 100+ yard game of the season.

They are still having trouble taking advantage of Brandin Cooks – only three catches on 9 targets. He and Gronkowski are the ones with the best big play ability.

On defense the Patriots succeeding in making the Titans one dimensional. They bottled up their power back Derrick Henry pretty good which bodes well for dealing with Fournette.

Like last week this looks like an easy win for the Pats but they are not quite as heavily favoured. They will be looking to start fast and teach a young Jags team that they are not a threat…yet.

Full disclosure I backed Jacksonville last week at +7.5 at Pittsburgh. I will be hoping this one gets to +10 but I like the Jags to keep it relatively close.

If the Patriots get on a run this could look a lot like last week against Tennessee. I am anticipating that the Jags will hold up better.

At the same time the Patriots will be in control thoughout the contest. Jacksonville gets the final score of the game to help its backers.

If you’re looking for more NFL picks like this Jacksonville Jaguars vs. New England Patriots matchup we’ll be providing 4* free NFL predictions on the blog all season long, and check out our Experts for guaranteed premium & free NFL Football picks!