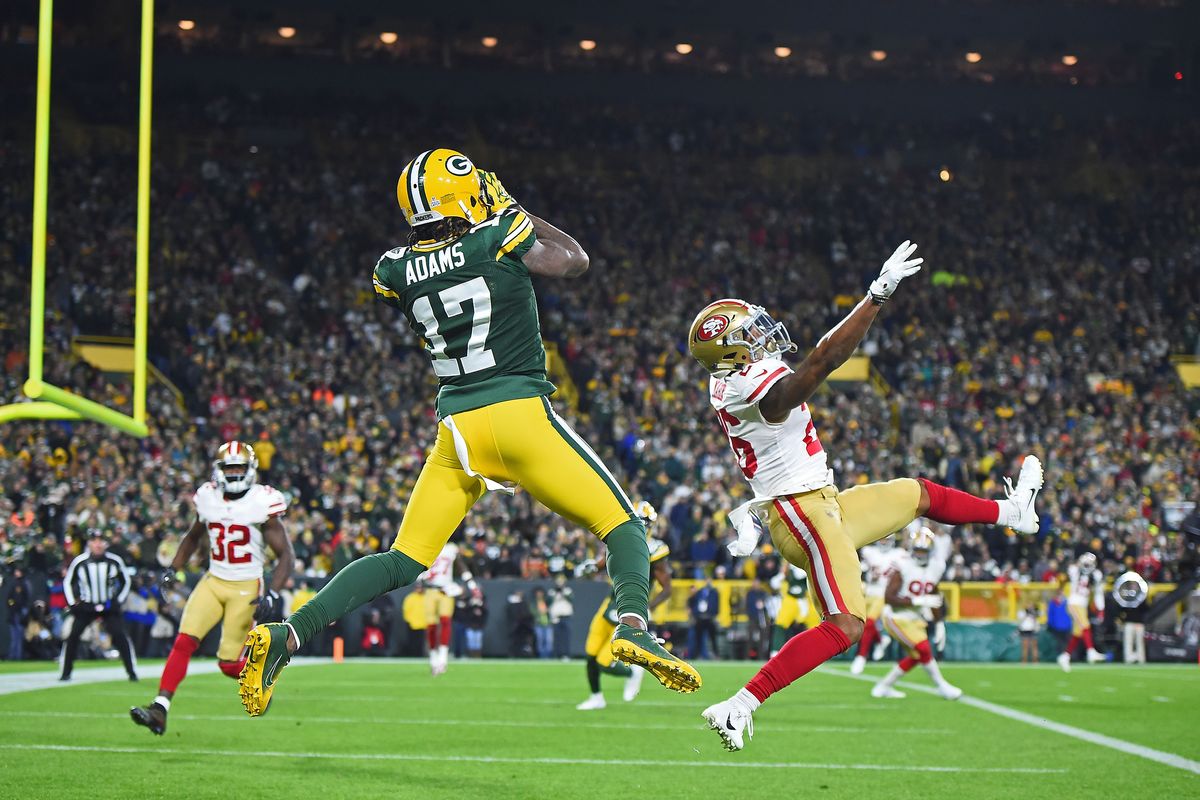 Injuries are the common theme heading into Thursday night’s Packers at 49ers matchup, at least for the home team. San Francisco has just added Jimmy Garoppolo and George Kittle to their growing list of injured players.

Green Bay has concerns of their own however after getting bowled over 28-22 at home to the Vikings last week. The Packers allowed 163 yards and 3 TD to Minnesota’s Dalvin Cook, which bodes well for the 49ers ground game.

Green Bay has looked both dominant and human over the last three games dating back to the 38-10 loss at Tampa Bay. The Packers followed that up with an impressive 35-20 win in Houston, but lost last week back at home.

Dropping a game to the Vikings shouldn’t have been a surprise, the teams actually play each other very close especially in Green Bay. What happens Thursday on a trip out West on a short week though?

Aaron Rodgers was his usual great self even in the loss to Minnesota. The Packers QB threw 3 TD against the Vikings and how has 7 in the past two weeks. Rodgers has 20 TD and 0 INT aside from the Tampa Bay loss.

Green Bay’s defense really hasn’t played well in the last three games. Tampa Bay put up 38 points, Deshaun Watson was 29/39 for 309 for Houston in week 7, and Cook and the Vikings ran through the Packers last week.

The 49ers are 4-4 on the season which actually puts them in last place in the competitive NFC West. Plus, that record only includes a 1-3 tally at Levi’s Stadium, where San Fran has lost to Miami, Philadelphia, and Arizona this year.

San Francisco had beaten the Rams and Patriots heading into last week’s 37-27 loss at Seattle last week. The 49ers added 20 points in the 4th last week, but were down 30-7 early in the final quarter.

One bright side for San Francisco is that Nick Mullens did come in after Garoppolo was injured to go 18/25 for 238 yards and 2 TD. The downside is that it Mullens played mostly in garbage time against a bad Seahawks defense.

San Francisco will try to get a running game going Thursday to take pressure off of Mullens. Ultimately though, the 49ers defense that gave up 4TD to Russell Wilson last week, will have to find a way to stop Rodgers and GB.

Rodgers is always a threat in a bounce back game, but Green Bay is also on the road for their 3rd time in the last 4 games and on a short week with the Thursday night tilt.

NFL Free Week 9 Score Prediction: 49ers 27 – Packers 24 (Bet Now!)
Kyle Shanahan will find a way to get his team in position to win this game.

If you’re looking for more NFL picks like this Green Bay Packers vs. San Francisco 49ers matchup we’ll be providing 4* free NFL predictions on the blog all season long, and check out our Experts for guaranteed premium & free NFL Football picks!