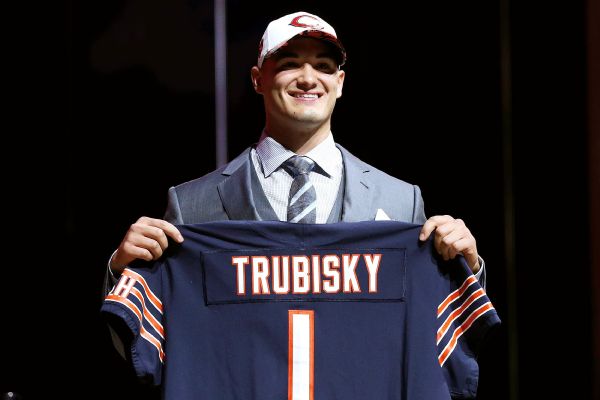 The Browns last win came 365 days ago on this day.

Will history repeat itself as the Browns look to notch their first win of the season against Chicago on Sunday afternoon.

The Browns have become the laughing stock of the NFL.

Every single week, they find new ways to look worse and they closed off their home portion of the campaign with a horrific performance against Baltimore.

Cleveland turned the ball over, had no spark offensively, and looked like they really have all season long.

Cleveland has gone just 3-11 ATS this year and DeShone Kizer has shown a lot of growing pains.

While he’s shown some flashes of brightness, Cleveland is once again at a stage where they may be looking for another QB in the upcoming draft. The Browns are putting up just 14.8 points per game, one of the worst marks in the NFL.

The Bears starting QB Mitchell Trubisky has Cleveland roots and most thought he would be taken in the draft by the Browns.

However, Cleveland passed on him and now Trubisky continues his push towards the end of the season, looking to really solidify himself as the top QB option in Chicago.

He’s thrown for 1822 yards this season, but he’s got just 7 touchdowns to 7 interceptions thrown. The Bears have been somewhat conservative with the playcalling, but he’s been let loose a little bit as of late.

We should see the playbook opened even more, as the Browns defense has been a huge issue. Cleveland is giving up 25.9 points per game this year and the Bears have used Jordan Howard on the ground to open up the pass game.

Look for the Bears to try and establish the run game early with Howard, which will allow Trubisky to find some open receivers down field with the amount of gaps in the Cleveland secondary.

This is a nice matchup for Cleveland. They should be able to keep this close, with the chance to steal it once again on Christmas Eve.

If you’re looking for more NFL picks like this Cleveland Browns vs. Chicago Bears matchup we’ll be providing 4* free NFL predictions on the blog all season long, and check out our Experts for guaranteed premium & free NFL Football picks!