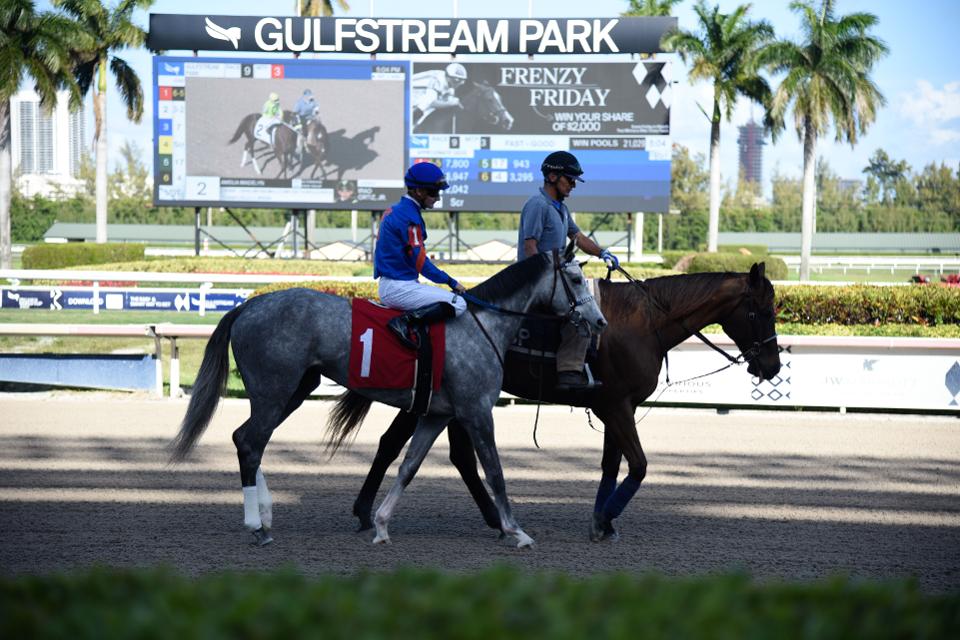 Horse racing gamblers are you looking for 2020 Florida Derby Free Pick & Handicapping Odds…plus some predictions? Need some advice on who to take? The 2020 Florida Derby is set for Saturday at Gulfstream Park in Hallandale Beach, Florida.  Here’s a preview of our top contenders.

Despite some wrangling between the operators of Gulfstream Park and officials in Broward County, where the track is located, as to whether Gulfstream should be holding racing at all, the (G1) Florida Derby is set to go on Saturday.

Awarding Kentucky Derby qualifying points on a 100-40-20-10 basis, the race has drawn what is arguably the strongest field of any of the Derby prep races so far, including four that are listed in the top 12 in the Bovada racebook Kentucky Derby future bets list.

The field of 12 starters will be racing 1 1/8 miles on the Gulfstream dirt course.

The top choice in the morning line and in the Bovada Kentucky Derby futures, Tiz The Law scored his maiden win first time out last summer at Saratoga and has won two of three since then, including the (G1) Champagne Stakes.

He was a disappointing third as heavy favourite in the (G2) Kentucky Jockey Club Stakes, but that race was run over a sloppy track that may not have been to his liking. He rebounded from that to win his 2020 debut in the (G2) Holy Bull Stakes at Gulfstream last month, registering he highest speed figure in this field.

He’s trained by Barclay Tagg, Manny Franco once again gets the call to ride.

After a so-so start to his career running on the turf, three starts back the connections switched Ete Indien to dirt racing and he has been a different horse. Loaded with early speed, he won his first dirt start wire-to-wire, set the pace in the Holy Bull before being passed late by Tiz The Law, and then put up his most impressive win to date when he again took them gate-to-wire to cruise to an 8 1/2 length win last out in the (G2) Fountain Of Youth Stakes.

The problem here is that he has drawn the very outside post position, which is notoriously tough when racing 1 1/8 miles at Gulfstream, as there is a very short run into the first turn. The jockey is going to have to hustle him hard right from the get go if he wants to grab an up-front position, or risk being caught very wide through the turn.

A winner of three straight to start his career, Independence Hall comes into this race off a runner-up finish in the (G3) Sam F. Davis Stakes at Tampa Bay Downs. He has shown good ability to rate just off the pace in his previous races and that will likely be the case again here. At the same time, there’s some question as to the level of competition he was facing while racking up those early wins, as none of those horses have continued on the Derby trail.

Micheal Trombetta is the trainer, Joel Rosario is the rider.

Another first-out winner in his career debut at Saratoga last August, Gouverneur Morris then ran second to the very highly regard Maxfield in the (G1) Breeders’ Futurity Stakes. After four months away from the track he came back last month to win an allowance level event at Tampa Bay Downs. He needs to find more speed than he’s shown in the past, but appears to be a runner with lots of upside.

Todd Pletcher is the trainer, John Velazquez gets the ride.

Although he has missed some training time with a foot bruise, it’s expected that Tiz The Law will be fully cranked up and ready to go on Saturday and it’s hard to pick against him for the win. I think the post position seriously hurts the chance of Ete Indien and I don’t believe Independence Hall is as good as his record shows. I’ll also put Tiz The Law on top of the exacta with Gouverneur Morris and long shot Candy Tycoon underneath.

What do you think of our 2020 Florida Derby  Race Odds & Predictions? Weigh in below with a comment. We welcome your feedback.