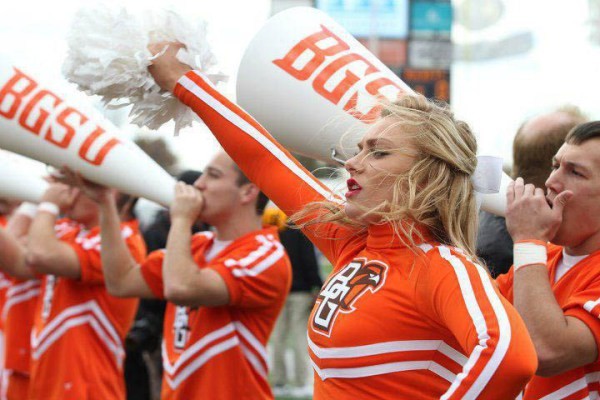 Looking for 2016 Bowling Green Falcons predictions? The Falcons are the defending Mid-America Conference champions and have been the class of the MAC East division for some time; raising the conference title last year and in 2013. Bowling Green out-gained opponents by an average of 160 yards per game last season, even with the departure of record-setting QB Matt Johnson, this outfit from northern Ohio will once again challenge for the hardware.

While Johnson departs, in steps senior James Knapke, who started in 2014 and was more than capable.

Still, the offense will be in fine shape because BG had such great depth in 2015. At RB is a new starter in senior Fred Coppet, but he still had 825 yards and five majors in a backup role.

Senior WR Ronnie Moore was the team’s third-leading receiver a year ago, but he still had 954 and six TDs. Junior Robbie Rhodes is a highly-touted WR, who transferred from powerhouse Baylor. You’re catching my drift.

Bowling Green lead the entire FBS in career starts on the offensive line, they probably have the best O-line in the MAC with studs like OT Jacob Bennett and OG Ryan Hunter.

Defensively, the Falcons return their top three leading tacklers in the LB corps; Austin Valdez, Trenton Greene and James Sanford will all vie for All-MAC honors. With 144 stops, 10 Tackles For Loss and two picks a year ago, Valdez is the gem of the unit.

Junior punter Joe Davidson – all 6″7, 222 lbs of him – averaged 46.0 yards per punt last year, moonlights as a WR and was first-team all-conference. He is back in 2016 and expect him to be dynamic.

The offense was so prolific last year, that even decent production will likely be seen as a pretty significant drop-off. Bowling Green does lose four of their top five pass-catchers from 2015.

The defensive line is also much less experienced this season, with three new starters – although keep an eye on junior DE Malik Brown, who is a transfer from Tennessee.

If nothing else, the PA announcer will have fun calling the name of new DT Gus Schwieterman.

Bowling Green needs a lot from junior K Blake Levin, as BGSU’s entire special teams unit (aside from Davidson) was pretty miserable a year ago.

Finally, head coach Mike Jinks is a rookie head coach at the collegiate level, so he’s a bit of a wildcard as well.

The Falcons have a tough draw to start the season, when they travel to Columbus to take on Ohio State on Sept. 3. The Falcons also clash with their divisional rivals Ohio and Akron on the road.

Still, this a really well-rounded team in the MAC, aided by the fact that the players that are inheriting spots are upperclassmen who’ve already had lots of playing time.

I like BGSU for an easy double-digit win season, with the potential for more; Western Michigan will be a tough customer in the West division, but the Falcons have a shot at repeating as MAC champs.

What do you think about our 2016 Bowling Green Falcons predictions? Please leave us a comment below telling us how you think they’ll do in 2016!