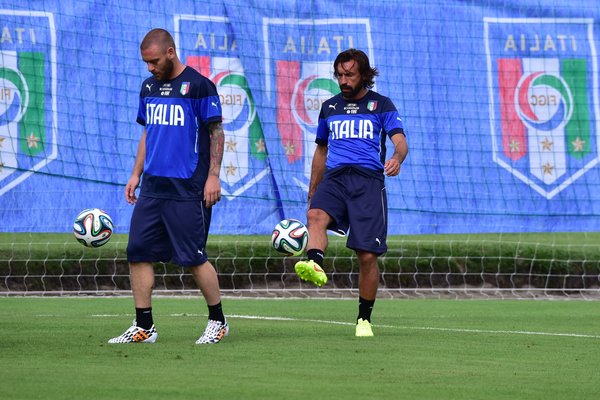 Italy shocked the group and took control of Group E as they get set to clinch their place in the knockout stages with a win here over Sweden.

The Swedish got a late equalizer against the Republic of Ireland and now set themselves up to try and advance.

The Italians went up against powerhouse and one of the favorites in the tourney in Belgium in their opening game.

A team that is known for sitting back and parking the bus, did none of that. Italy attacked all night long and put together a solid string of passes to collect a first half goal and capped it off in injury time in the 2nd half with an exclamation mark.

This back line proved they will be near impossible to figure out. The entire defense is made up of Juventus players, along with goal keeper Buffon, which not only plays with confidence, but adds the team chemistry aspect.

Sweden salvaged their opening match without putting a shot on target.

Zlatan Ibrahimovic got behind the defense late in the 71st minute and knocked a cross toward goal that deflected off a Republic of Ireland defender into the back of the net.

Sweden still have a giant task ahead of them as a point there wasn’t exactly what they wanted. They have two powerhouses to deal with, where they will certainly need results.

Getting more attacks in the final 1/3 will be important here for Sweden. While they failed to really figure out the back line of Ireland, they will have a daunting task here against the Juventus defense.

Look for Ibrahimovic to play a much bigger role in this game, as he really didn’t have many chances in the opening game.

This game will be a feel one out type of game.

Both teams don’t take many chances early on and will try to maintain some possession here.

Italy showed many more promising signs against Belgium and now have themselves set up to win the group. 3 points here is the outcome, as they sit atop the group alone.

If you’re looking for more picks like this Italy vs. Sweden we’ll be providing 4* free Euro 2016 plays on the blog all Tournament long, and check out our Experts for guaranteed premium & free Euro 2016 picks!